Further proof that HBO is no longer cool? 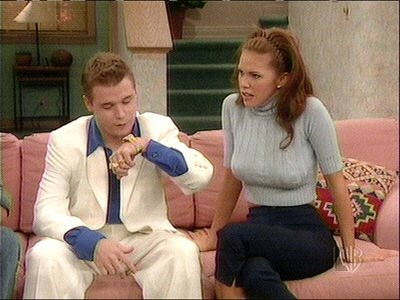 The Politico, doing what it does best (gossipy political trivia), has an article about President Obama’s TV viewing habits. Not very surprising: mostly HBO shows and sports, two things that are respectable to watch even if you don’t watch much TV. His favourite current show is apparently Entourage:

Obama likes “Entourage” so much he even rearranged his campaign schedule not to miss an episode.

“We would talk about ‘Entourage’ all the time,” said White House press secretary Robert Gibbs.

“A couple of times during the campaign, we would have these Sunday night calls at the same time as ‘Entourage,’” Gibbs recalled. “I remember one time I e-mailed him because the call was scheduled for the last 15 minutes of ‘Entourage’ and I said, ‘Just be late and we can just watch “Entourage” and still get on and do the call.’”

“And it worked,” Gibbs continued, laughing. “We got to see ‘Entourage.’”

The piece treats this as proof of his coolness, though you could just as easily argue that it’s proof that HBO is now officially the network of fortysomething political insider types, with Entourage as its flagship property.