I'm stumped: what comes after a Diamond Jubilee?

Given the Queen's remarkable health, the question arises: what to call her next big milestone? 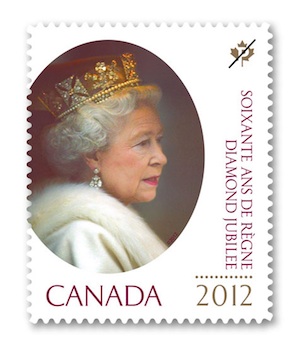 Okay, we’re less than two months into the Queen’s Diamond Jubilee year, which celebrates her 60 years on the throne, but already I’m thinking ahead. Not to the first weekend in June, when all eyes turn to London, which will host a huge concert outside Buckingham Palace, a 1,000-vessel flotilla on the Thames and, finally, the parade to St. Paul’s for the service of Thanksgiving—with the Queen and Prince Philip  UPDATED: travelling in the 1902 state landau. I’m not even thinking of September 2015, when Elizabeth Alexandra Mary will surpass Queen Victoria to become the longest ever reigning monarch.

No, I’m thinking of what comes after all that. There has been a natural progression in jubilees. The silver one was in 1977, to mark her first 25 years as Queen, the golden anniversary in 2002 for 50 years and now, 10 years later (let’s face it, by the time you get beyond the 50th anniversary, you’ve earned the right to speed up the rate of celebrations) we’ve arrived at the Diamond Jubilee. The Queen has obviously inherited her mother’s longevity genes. And given that Queen Elizabeth the Queen Mother lived to 101, there’s every chance we’ll be celebrating another jubilee. As Martin Charteris, a former private secretary to Elizabeth II, once commented, she is “as tough as a yak.”

So when is the next jubilee and what on earth will it be called?

A 70th anniversary is often given the “platinum” appellation. I’m not a fan. It’s–well–industrial and, to be honest, beneath diamond.

Kevin MacLeod, the Canadian secretary to the Queen, quipped: “As girls say—it is all diamond from here on!” He added: “I guess the salient point is that diamond is the supreme level of the rating chart. My understanding is that Her Majesty’s subsequent reign milestones of note (65, 70 etc.) would be diamond as well.”

Doesn’t anyone else feel like we should just have a second Diamond Jubilee?