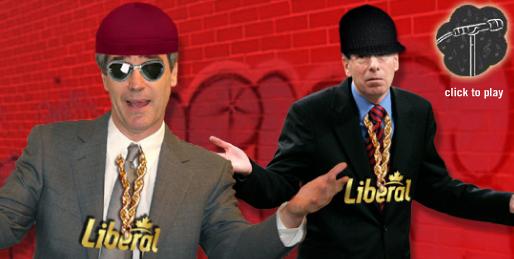 You know his work, even if you do not know him. Kory Teneycke, the new director of communications for Prime Minister Stephen Harper, arrives from the Conservative Resource Group, whose 37 employees report to Teneycke (or did until this week) and which had a hand — or, as the case may be, a Splot — in all of the most exuberant ad campaigns run off the party’s website (which looks uncharacteristically sober today).

I have known Kory for something pretty close to a decade, never well. He is a slim, soft-spoken man, I suspect not much older than 30, who quit the Progressive Conservatives when he was the party’s student president at Carleton University to join Preston Manning’s Reform party. In this he was only staying true to his convictions: with David Frum he had helped to organize the 1995 Winds of Change conference that was the first, prehistoric attempt at a reconciliation between Tory and Reform conservative factions.

From Manning’s office, where he had a series of organizational roles, Kory went to Saskatchewan to help Elwin Hermanson’s Saskatchewan Party come within a hair of knocking off the Roy Romanow NDP. Then to Toronto, where he looked after energy and environmental files for Guy Giorno and Mike Harris. (So my first instinct — that Teneycke’s appointment represents a partial re-balancing of the very Queen’s Park-heavy new PMO toward the Reform faction — was misleading, since Teneycke has credentials in both camps.) Then came stints as a lobbyist at Prospectus Associates (bi-partisan; that’s Chrétien’s former body man Bruce Hartley listed among the principals) and then his most widely-noted gig, at the Canadian Renewable Fuels Association, which likes ethanol.

Through it all, I’ve found Teneycke personable and low-key. Much as I found his predecessor, Sandra Buckler, before she moved to the PMO. It is pointless to speculate whether he will be a kindler, gentler face for reporters to deal with. For one thing, I’m told the debate over whether it makes strategic sense to show reporters a kinder face is not settled at the PMO. For another, we’ll find out soon enough. But more broadly, it is no coincidence that a permanent campaigner with seasoning beyond his years is moving to the PMO.

On Wednesday morning Guy Giorno held a meeting of the entire PMO staff. After introductory remarks from the Prime Minister, the new Chief of Staff told the assembled staffers, some of whom have already since been fired, that when the House of Commons reconvenes in the autumn, the next election will be a year away at the most, and that all decisions will now be made within that pre-election frame. Conservative political staffers are being told to expect a leaner, less bureaucratic government that focusses less on day-to-day management of policy files — “we’ve got a professional public service to take care of that,” one source told me — and more on sharpening distinctions between the Conservatives and their opponents.

It’s within that frame that Kory Teneycke will operate.