Is It Really All Part of HOUSE's Master Plan? 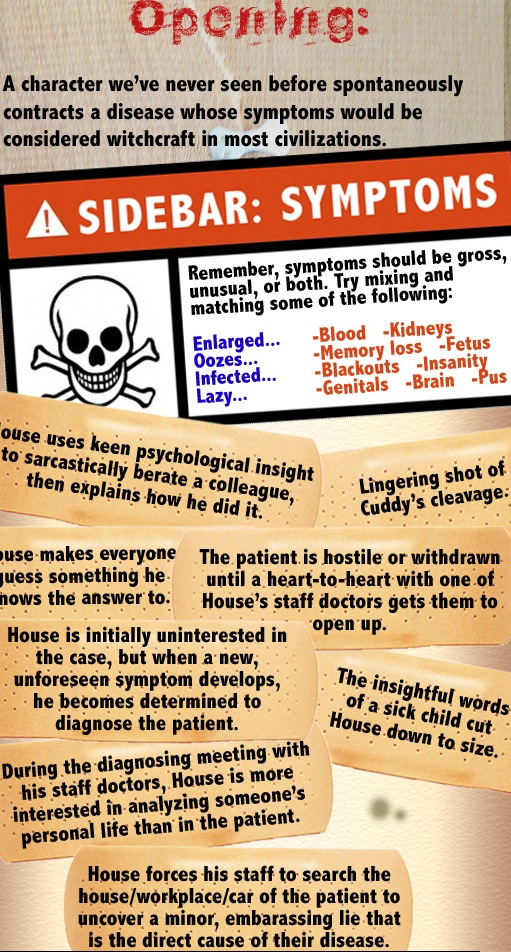 I’ve seen this idea thrown around a few times, but rarely as explicitly as in this comment on a House season finale review. In response to the reviewer’s criticism of the fact that House never changes (and the writers always pull back and go “psych!” every time they make it look like he’s going to), even though the show keeps throwing stuff at him that would require any normal person to change, the commenter responds that — and I’ve put in capitalization n’ stuff, since the commenter is apparently e.e. cummings: “The series told you years after years people don’t change. People, grown up people don’t change. They REACT to change.The show tells that years after years. And you still discover that ?” In other words, it’s pointless to complain that nobody ever changes, because that’s the whole point of the show.

As I said, this is not an uncommon or illegitimate take on House. I don’t really buy it, but it does indicate why House has been so successful: it combines the up-to-date features of hip TV storytelling — ongoing storylines, speculation about what the characters will do next — with the traditions of comfort-food television, the most important tradition being that every episode should be pretty much the same. David Shore may not have planned it all out like this, but he hit upon a way to have his cake and eat it too, to create the comfort of familiarity without being written off as TV for the uncool. And he did it by creating a premise that turns the biggest tradition of old-school episodic television — that people stay the same no matter what happens — into a big over-arching worldview.

Like I said, I don’t exactly buy this, or I might have been more likely to buy it back when the show was at its peak. The past season has been uneven enough that I’m not prepared to accept the repetition as part of some statement about human nature. But it is part of the genius of House that, at its best, it made formula storytelling into something cool by transforming the formula into a worldview. (Another show that has managed to turn strict unchanging formula TV into something hip and modern is Curb Your Enthusiasm. That’s one of the most formulaic comedies on television, but the idea that Larry never learns anything is just part of the way Larry David, the real one, sees the world — or at least he gives us the impression that it is.)