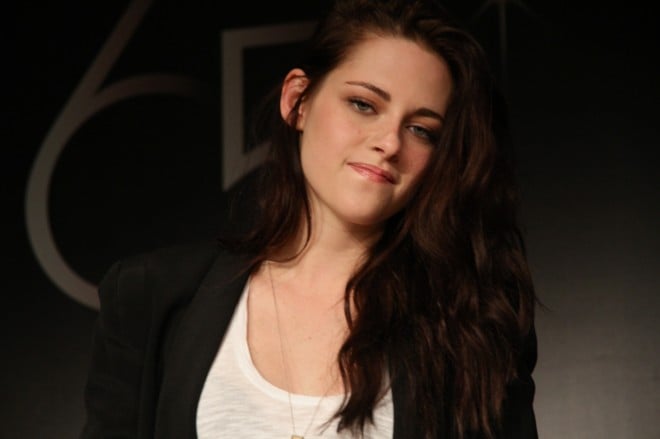 Much of the international press corps in Cannes was mystified this morning when a grinning Viggo Mortensen unveiled a large Montreal Canadiens banner, something he tends to do at every photo opportunity—the  star who wants to be a fan. It was one of the few cavalier moments at an ultra serious press conference, where Brazilian director Walter Salles held court with a phalanx of seven actors and three producers from On the Road, his adaptation of the Jack Kerouac classic, which premieres here tonight. Studiously researched for eight years, and faithfully rendered onscreen, this loving ode to On the Road must be one of the most mature, responsible films ever made about drugs, drink and debauchery. The press conference was infused by a similar reverence as moderator Henri Behar dutifully asked everyone on the dais how their research into Kerouac’s real-life characters had affected their work.

Many of the journalists just wanted to hear Kristen Stewart talk about braving her first nude scene, and sharing the Cannes spotlight with her Twilight co-star Robert Pattinson (Cosmopolis). But by the time everyone had reported on their homework, and both Salles and Mortensen had given long, earnest discourses on the fidelity of the film, there was time for just a few quick questions from the media horde. Fortunately, someone did ask Stewart how it felt to to bare her body for the camera as a sexually liberated woman after being restrained by the abstinence of Twilight—although the moderator cut off the questioner as he dared to mention Pattinson. 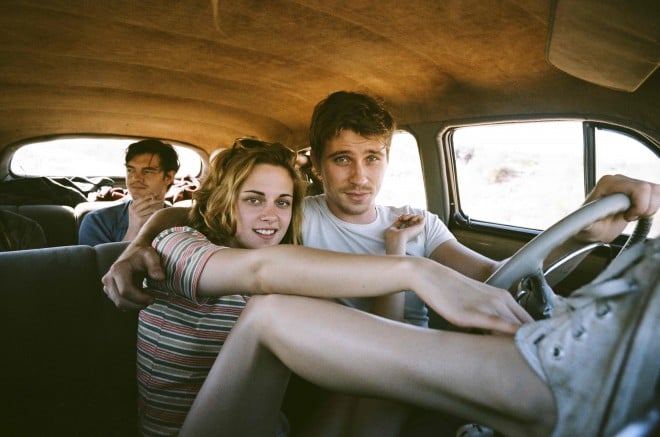 Stewart first met Salles to talk about casting her after she’d made Into the Wild, and just before the Twilight mania took off. “I was 16, maybe 17,” said the actress, who plays On the Road‘s Marylou (aka Luanne Henderson). “I was very grateful that I was able to age a couple of years before we started the film. Luanne was 16 when she started this journey; I was a younger 16 at that age.” Talking about her nude scenes (which are fairly tame), she added, “When people do them, the first thing they say is [mock sincerity] ‘Oh I felt so safe!’ I love pushing. I love scaring myself. To watch genuine experience on screen is just so much more interesting that when you see the tape holding up the pasties. I wanted to just do it. The reason I wanted to do the job is you read something, you’re provoked on some level, and it’s just taking that further and being able to live it. I just wanted to get as close to the experience as I possibly can. In this case, I didn’t have a thought in my mind. We really were just going for it. It was always about going forward. As long as you’re being honest there’s nothing to be ashamed of. . . Yup.”

Aside from some 100,000 km of shooting on the road, much of the movie was filmed in Montreal. There the director put the cast through a four-week beatnik bootcamp, where they met scholars and surviving characters connected to Kerouac. Stewart said she felt comfortable in the famously bohemian city. “I’m usually pretty self-conscious about running around town with my face hanging out,” she said. “But with these guys, I didn’t care at all.”

Mortensen, who portrays Old Bull Lee (aka William S. Burroughs), talked about how re-reading On the Road brought it back to life in a fresh way. “It made me realize how pertinent it is now. Protest movements—mass movements in Europe, America, China, the Middle East, largely led by young people—carry the spirit of that time.” Francis Ford Coppola first bought the rights to the book in 1979, and it was his son, producer Roman Coppola, who finally helped bring it to the screen with French producers. “Even though it must have been hard for Roman and his dad to wait for 30 years,” said Mortensen, “it’s probably a great time for it to come out. Young people will discover the book and identify with it in a strong way.” 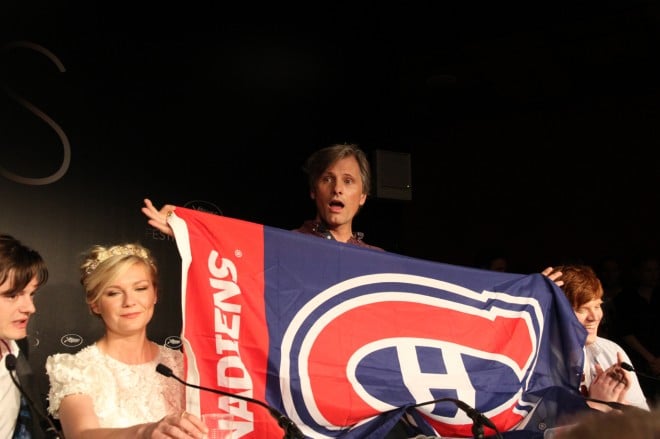