His boss orders executions on a whim. He can only order the occasional spanking and pizza. 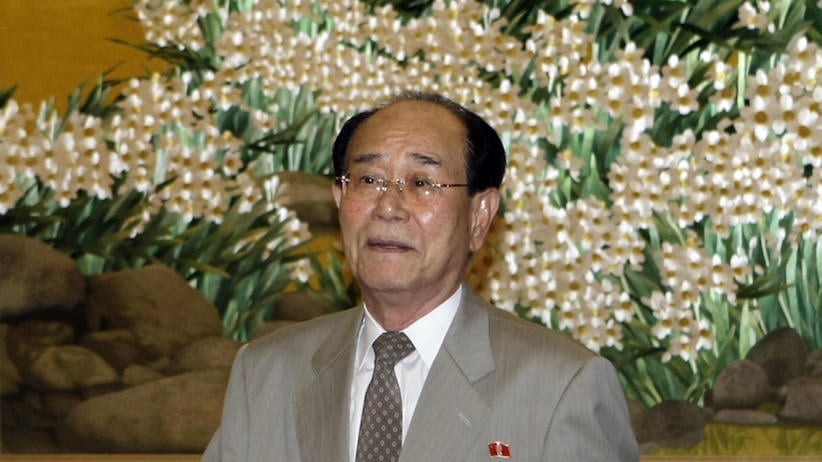 The news came a couple of days after North Korea’s claimed nuclear detonation: the country’s No. 2 leader, Kim Yong Nam, said his country would conduct yet more tests if the United States continued what he called its “hostile attitude.”

The better part of Kim Two’s day is taken up with the usual duties and obligations of high-ranking (but not quite high-enough ranking) members of a dictatorial state: the sycophancy, the exaggerated deference, and always the back rubs. Taste Dear Leader’s food to make sure it hasn’t been poisoned. Try on Dear Leader’s newest sunglasses to make sure they give off his preferred “Scarface-meets-Carol-Channing” vibe. Laugh a

little too loudly at Dear Leader’s unique attempts at observational humour (“I’m looking at the laundry, and I notice that only one sock came out of the dryer. One sock. So I had my laundry servant brutally beaten!”). And, most taxing of all, feign interest while Dear Leader gives his latest theories on what’s really going down on Lost. I mean, it’s season three and the dude still thinks the island might be purgatory! Hello, Kim Jongll: 2004 called, it wants its theory back!

On the official website of the Democratic People’s Republic of Korea (a site whose quality suggests North Korea is poised to enter the exciting, high-tech era of the Commodore 64), the short version of Dear Leader’s life story is 160 pages long, and constitutes an unlawful stockpiling of the world’s most complimentary adjectives. Kim Two’s life story is shorter—by approximately 160 pages.

And don’t get Kim Two started on the media. A recent headline from the Korean Central News Agency—an old-school propaganda arm like Tass or Fox News—declared: Kim Jong II Absolutely Trusted by World People! The story noted that Kim One has performed “outstanding ideological and theoretical exploits which no other politicians and great men in history can ever match.” The same day, the agency reported that Kim Two “met and had a friendly talk” with the delegation of the Ugandan National Women’s Council, who noted to Kim Two that Kim One was a “great man” whose “wise leadership” has enabled North Korea to develop into “an invincible country…where the people are in single-minded unity.”

When a nuclear test possibly goes off successfully maybe, Kim One gets the credit.

When animals in the Central Zoo breed, Kim One gets the credit. (It was joyfully reported recently that a lemur had “brought forth nine kitties”—and Dear Leader was praised, though not presumably for any “hands on” role in the pregnancy.)

Not that it’s all bad. Kim Two does get a cool title—President of the Presidium of the Supreme People’s Assembly of North Korea. This is an important job that qualifies him for such perks as not being killed for now.

And frankly, the job itself doesn’t seem all

that gruelling. To judge from what’s written about him, Kim Yong Nam’s primary task appears to be travelling internationally on behalf of Dear Leader, who doesn’t like to leave home for fear of being overthrown or misplacing his crazy. Kim Two is also in charge of sending “a message of greeting” to mark such important world events as the 43rd anniversary of Ugandan independence and, more recently, the 44th anniversary of Ugandan independence.

Indeed, Kim Two has travelled to China, Indonesia, Syria and Cuba, bringing such messages as “Dear Leader Kim Jong II offers you glorious greetings of goodwill” and “Do you happen to have a dinner roll in your pocket—I haven’t eaten for four days on account of the famine.” In 2000, Kim Two tried to travel to the United Nations but during a stopover in Frankfurt he was strip-searched by airport security, at which point he decided to go back to North Korea. Easy to understand why. The shame, the humiliation—Kim Yong Nam doesn’t need to endure the hassle of travel to get treated that way.