Looking for love abroad in 'An Education,' 'Cairo Time' and 'Couples Retreat' 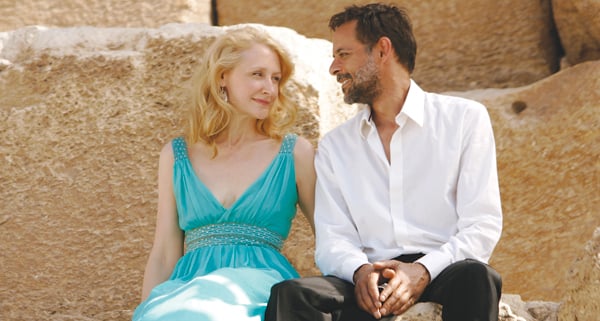 Romance is a foreign country. And not just metaphorically speaking. As was so beautifully illustrated by Richard Linklater’s twin set of fleeting love stories—Before Sunrise and Before Sunset—there’s nothing more ripe with romantic possibility than “being abroad,” partly because whatever happens in that brief interlude of elsewhere is almost inevitably doomed to end there. This month offers three very different movies about characters looking for love in foreign lands. An Education is a delightful coming-of-age story from Britain about a teenage girl from working-class London who’s swept off her feet by an older man and infatuated with the idea of Paris. Cairo Time, a Canadian movie set in Cairo, is a slow-burn romance between the wife of a Canadian diplomat and his Egyptian friend. Couples Retreat is a Hollywood farce about four couples trying to reinvigorate their marriages at a tropical resort.

An Education and Cairo Time belong to that visible minority of movies directed by women, and they also happen to be the superior films among the three. Forgive the premature review of An Education—it opens next week in the U.S. but won’t hit Canadian theatres until Oct. 23—but you’ll be hearing a lot about it as the Oscar race starts to ramp up. The other two movies open this week. Cairo Time, which won the prize for best Canadian feature at the Toronto International Film Festival, is a small, subtle but quietly radiant picture that might have trouble finding the audience it deserves. Couples Retreat will likely get a larger audience than it deserves. Its raucous trailer, like a brochure for an all-inclusive tropical vacation, looks awfully tempting. But be warned: if you’ve seen the trailer, you’ve seen the movie. Reviews:

At the top of this piece I alluded to Before Sunrise. And the fourth feature from Toronto director Ruba Nadda (Sabah) bears a resemblance to Linklater’s tale of two strangers who meet on a train and spend the night wandering the streets of Vienna. This story spans more than one night, but it offers a similar mix of tentative romance and exotic travelogue, woven into a languid narrative that makes a virtue of being uneventful. While Cairo Time doesn’t unfold with quite the same sense of real time as Before Sunrise, we do feel immersed in another time as well as another place—a sensual world where consciousness moves at altered tempo. It’s as if the protagonist, whose disorientation is compounded at every turn, never recovers from her initial jet lag.

The story begins with the arrival of Juliette (Patricia Clarkson) in Cairo. She’s a magazine editor who has decided to join her diplomat husband (Tom McCamus) in Egypt. But she shows up to find he is away on business, and as his absence stretches over days, the diplomat’s close friend, Tareq (Alexander Siddig), offers to serve as her companion and guide. There’s an unspoken frisson of attraction between them, but he is the perfect gentleman and she is a loyal wife, so everything is expressed via intimation and nuance.

Patricia Clarkson is superb in the role of an intelligent, independent woman struggling to get her bearings in a male-dominated culture. And she is well-matched by Siddig, as the courteous stranger who throws her off-kilter with mixed signals of flirtatious charm and fastidious restraint. Cairo, meanwhile, almost upstages the actors in its supporting role as a city of inescapable chaos and blinding beauty. The scenery is more than scenery: the heroine’s infidelity hinges not on sex, but whether or not she lets her guide escort her to the Pyramids, an experience that she had promised to share with her husband.

I generally love this kind of movie—an awkward, unexpressed romance that unfolds a suite of close calls and imagined possibilities, à la Lost In Translation. But as much as I admired Cairo Time, I didn’t love it. No matter how much I wanted to become infatuated, and abandon myself to the movie, I found the dramatic tension flat. The postcard beauty of the locations can’t quite escape the tourist clichés—these are the Pyramids, after all. And the combination of Canadian reserve and Arab protocol casts a diplomatic chill over the delicate chemistry between the two leads.

Yet more than a month after I’ve seen the film, I now like it more than I did at the time. The story’s quiet spell and vivid images linger in the imagination. A film is a lot like a fleeting romance, something that may loom larger in memory than in experience, or not. And for a film about an ephemeral love affair, Cairo Time has a curious staying power, perhaps because it comes from a place that’s unusually real, and beckons you to come back. Maybe those Pyramids have magical powers after all. 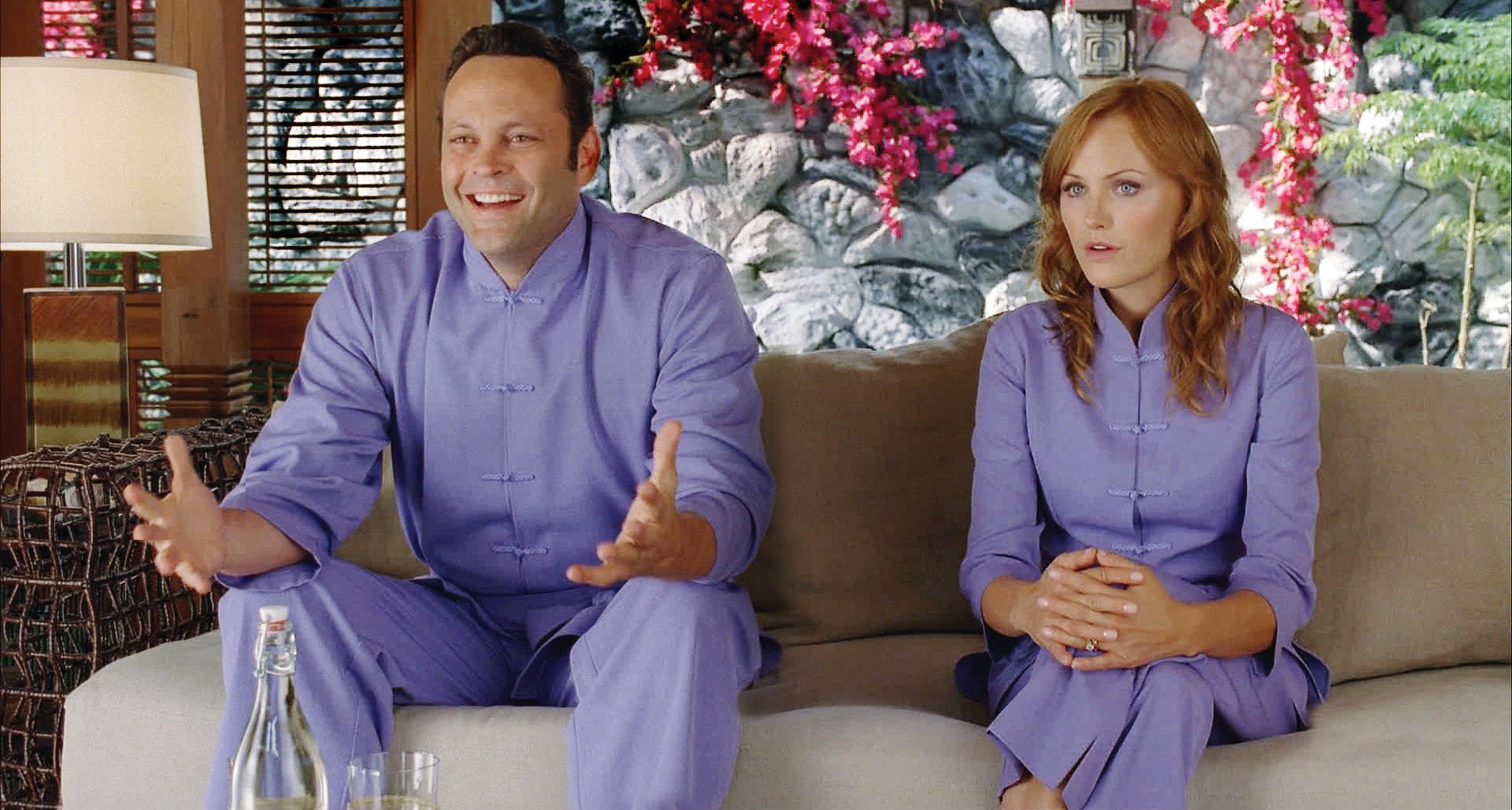 This is a Hollywood meta-movie, an all-inclusive excursion to an all-inclusive resort that is less fun than it appears to be in the trailer/brochure, and leaves you feeling like you’ve gorged on too many overcooked shrimp at the free buffet table. Which is not to say this guilty pleasure doesn’t have some hilarious moments. And you have to admire the towering ambition of a romantic comedy that asks us to follow, and care about, the amorous fortunes of four shallow couples.

Here’s the premise. A couple going through a crisis (Jason Bateman and Kristen Bell) plan one last Hail Mary attempt to save their marriage—a tropical vacation at a couples-only resort. But to get a group rate, they have to rope in their reluctant friends. So four couples end up travelling to a luxurious beach getaway, where they discover there’s a catch: a compulsory schedule of relationship-mending activities, ranging from flakey New Age therapy to tantric yoga. Predictably those couples who didn’t think they had problems start to develop them.

Vince Vaughn and Canadian actress Malin Akerman play the lead couple in this group-rate romcom, and they’re the closest thing to “normal.” But the script dutifully grinds its way through each relationship, and the characters add up to a smorgasbord of stereotypes—from an oversexed philanderer (Jon Favreau), who sees a therapeutic massage as an opportunity for a hand job, to an obese black dude (Faizon Love), who’s coping with divorce by adopting a 20-year-old bimbo as his girlfriend. (He’s the butt of the movie’s crassest comedy, exploiting the notion that there’s nothing funnier than a fat African American dropping his pants.)

I said there were some good bits, and there are. First, there’s the South Seas location of Bora Bora, which is so drop-dead beautiful you have to wonder if the filmmakers didn’t devise this movie just to have an excuse to spend some time there. As for the comedy, highlights include a very funny heavy-metal Rock Band duel between Vaughn’s character and the resort’s priggish manager. With his rapid-fire delivery, Vaughn is a kind of video game in the flesh: forever flying by the seat of his pants, he seems to be improvising even when he’s not, and he’s always entertaining. Then there’s French actor Jean Reno, who makes a meal of his role as Monsieur Marcel, the resort’s droll New Age guru.

But the script, written by Favreau, Vaughn and Dana Fox, is an inelegant mess. It’s heavily skewed to the male viewpoint. The female characters are so thinly sketched they’re anorexic. And in the hands of novice director Peter Billingsley, the narrative strains to keep up with its roster of characters.

Like one of those package vacations, Couples Retreat wants to be all things to all people. And the comedy is ultimately at odds with the romance—in the end, the satirical spice in this beach banquet bingo gets smothered by a whopping dessert course of sticky sentiment, as each relationship is laboriously resolved. Sadly, it’s Vaughn who leads the charge, as an earnest advocate of maturity, monogamy and spousal devotion. Not that there’s anything wrong with that. But from this gang of overgrown frat boys, it seems hypocritical—and plays as a sappy attempt to have your cake and eat it. 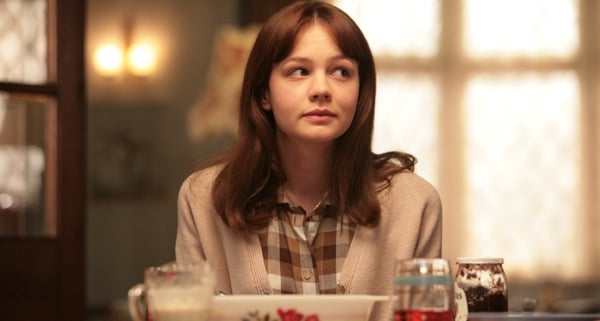 Carey Mulligan shines in 'An Education'

Among the many movies I ingested last month at the feat of gluttony called the Toronto International Film Festival, this was among my top five, and I was not alone. Carey Mulligan is generating Oscar buzz for her dazzling performance as Jenny, a sharp 16-year-old schoolgirl from a London suburb who has her sights set on Oxford when she’s led astray by a debonair but dodgy older man named David (Peter Sarsgaard)—a silver-tongued gent who tempts her with a much racier education than anything she could find in university. Written by Nick Hornby (High Fidelity) and directed by Lone Scherfig, the story is set in 1961, in post-war, pre-Beatles England. And as its impressionable heroine is seduced by art, jazz, nightclubs and everything French, the film captures a world on the cusp of a cultural revolution.

An Education not only captures the period, it conjures the energy of Brit films from the era. Although she’s younger, and just on the verge of the Swinging Sixties, Mulligan’s ingénue recalls a certain generation of English actresses—Lynn Redgrave, Julie Christie, Rita Tushingham—who brought a vivacious spark to films like Georgy Girl, Darling and The Knack. In this Pygmalion tale, Mulligan also has a glimmer of the young Audrey Hepburn.

Sarsgaard, meanwhile, finesses his role as her smooth seducer with a breezy charm that makes him a lot less creepy that he should be. I mean, here’s a smarmy pseudo-intellectual who literally picks up this teenage girl on street by coaxing her into his car. His most cunning act of seduction, however, involves a devious strategy for disarming her parents, especially her class-conscious father (Alfred Molina), who becomes convinced that David’s courtship of her daughter will offer a fast track to bourgeois respectability. Strangely, while the suitor’s subterfuge, and her dad’s gullibility, make us wince, we find ourselves rooting for this inappropriate romance—even though it’s obvious from the start that it will end badly. If Jenny did the sensible thing, and followed the advice of her compassionate headmistress (Emma Thompson), she would have a dull, safe life and there would be no movie. No matter how naïve, Jenny seems protected by her own intelligence, and we sense she will emerge bruised but undamaged, made stronger and wiser by the kind of extra-curricular education only reckless misadventure can provide.