My Own Worst Television Series

I was going to write something about why the Christian Slater vehicle My Own Worst Enemy became one of the biggest bombs of the season so far (it’s already been canceled), but then I checked Kay Reindl’s Seriocity and found that she already ripped that show to sub-molecules last week, so go read that.

Apart from all her points about why this series never made its Jekyll/Hyde theme seem like anything beyond mistaken-identity sex farce (Henry’s wife sleeps with Henry’s super-spy alter ego, Edward — hilarity ensues), and how badly it compares to its inspiration, the BBC’s Jekyll, I’d point out that the whole government-conspiracy theme is badly played out. Jekyll worked because despite the conspiracy element, the Jekyll/Hyde transformation was a result of something inherent in Jekyll and his descendant. (And because they had the original R.L. Stevenson story in the background, we always had it in the back of our minds that the “Jekyll” figure is never an innocent victim.) In My Own Worst Enemy, they set up the idea that the secret government organization created “Henry” as a secret identity for one of their super-spies — so the actual interesting part of this kind of story, the idea that people have two sides to them, is lost among all that Total Recall implanted-memories stuff. The theme that someone is living a lie and his life was constructed for him by shadowy outside figures is not a bad theme, necessarily, but it’s not really sustainable for very long, and it usually leads us to ask why we’re following this character if he doesn’t really exist even in the fictional world of the TV show.

Of course all this might have been made to work if Slater had just played his two personalities from Pump Up the Volume. Can the nerdy student share the same body with the cool wisecracking talk-radio host? 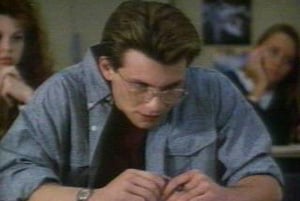 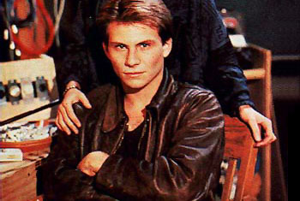 FILED UNDER: Christian Slater Flop My Own Worst Enemy