Oh What a Lovely War

With Soulpepper leading the charge, the First World War is all the rage 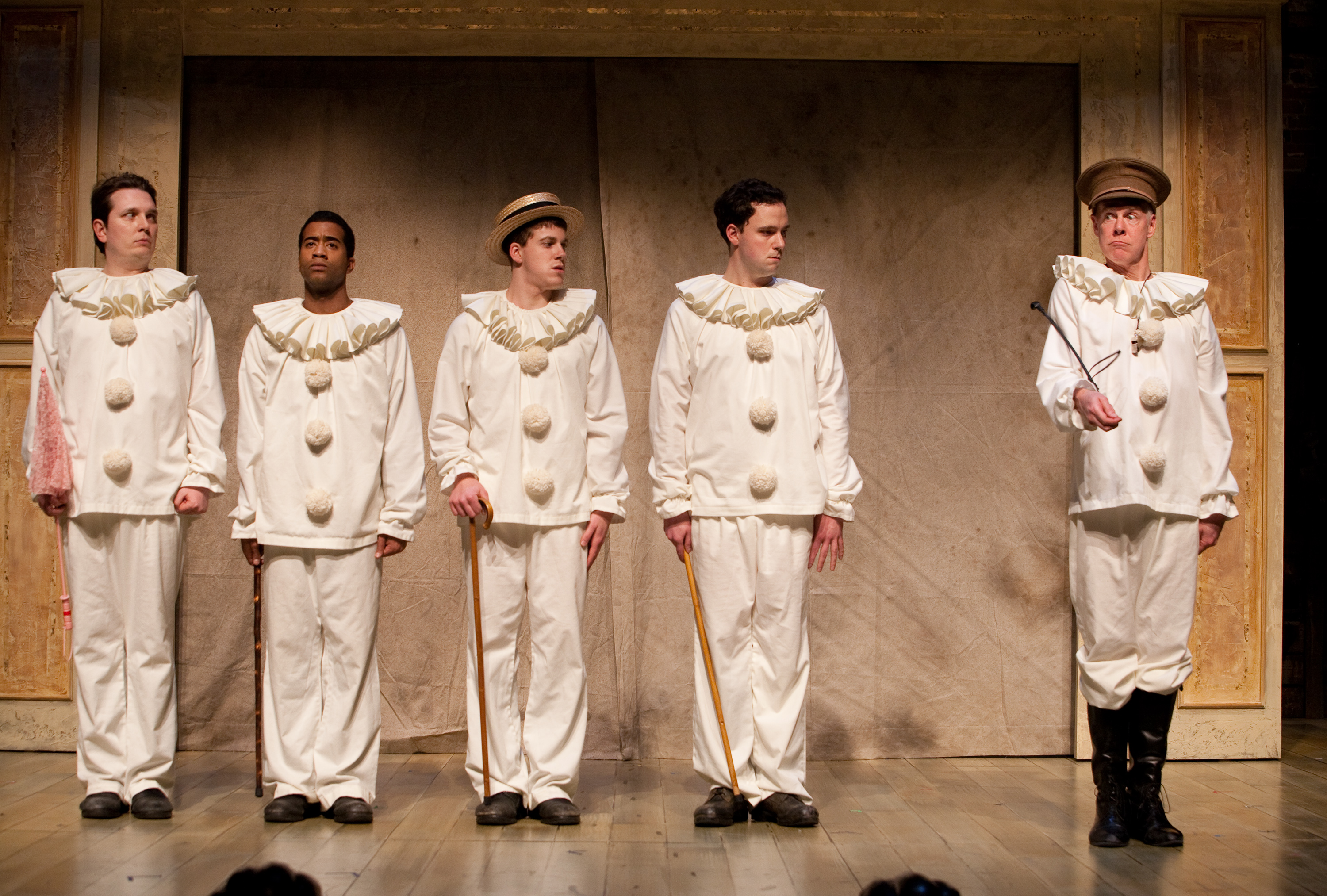 Occasionally I find myself in a theatre staring at flesh-and-blood actors instead of a movie screen. It makes me nervous. I’d much rather be trapped in a bad movie than a bad play, which can quickly become claustrophobic.  But that tension between the audience and the stage is also what makes live theatre a thrill, when it works. And at Toronto’s Soulpepper Theatre, I’ve recently had the pleasure of seeing two exhilarating shows in a row— both musicals about the First World War. The first was a remount of the 1978 Canadian classic Billy Bishop Goes To War, with John Gray and Eric Peterson reprising their original roles. The second, which opened Wednesday and runs to April 10, was the 1963 British classic, Oh What A Lovely War, created by Joan Littlewood and Charles Chilton. I’d never seen either of them before, and frankly I dragged myself to both with a canonical sense of duty—the combination of “musical” and “crowd-pleasing classic,” and “World War I comedy” sounded deadly. Boy, was I surprised. Both plays felt fresh, stylish, and spiked with contemporary relevance.  Eric Peterson’s solo tour de force as Billy Bishop is one of the most astounding  feats of live performance I’ve seen outside of Cirque de Soleil. And while Oh What a Lovely War is not as strong a play as Billy Bishop—a case of ensemble satire versus the loco-locomotion of an anti-heroic high-wire act— it’s richly entertaining, and still resonates after all these years.

I chatted with Peterson briefly as we filed into the premiere of Lovely War. Even though he was “on the other side,” as a spectator rather than performer, he was nervous, knowing what the cast and their director, Albert Schultz, would be going through backstage. Like an anxious parent waiting to see the kids perform. And there was a substantial quotient of youth in the troupe—seven of the 15 member cast members were trainees from the Soulpepper Academy, as was set designer Ken MacKenzie. But if there were opening-night jitters, they were not visible. Soulpepper veteran Michael Hanrahan broke the ice by shattering the fourth wall the moment  he took the stage,  transforming the theatre in a music hall as our vaudevillian emcee. All the performers play multiple parts. They act, sing, dance and play musical instruments—accordion, drum, violin. At one point four upright pianos span the proscenium. It’s one thing to see the young actors finesse British accents, and quite another to see three of them morph into a violin trio. The sheer density of talent onstage is dazzling.

This is not a musical in the conventional sense, thank God. The songs aren’t concocted to tell the story. The music is plucked from the period and intensely familiar, at least for a certain generation—numbers like “Pack Up Your Troubles in an Old Kit Bag,” “It’s a Long Way to Tipperary” and “Keep the Home Fires Burning.” The cast is largely costumed in white Pierrot clown suits, which are endlessly absurd in the scenes of military discipline. Oliver Dennis performs a hilarious routine as a Brit drill master who puts a squad of recruits through their paces, yelling indecipherable orders through an iron stiff upper lip. Whether he’s playing a pompous officer or the Archbishop of Canterbury, Dennis nails the flamboyant delusion of English snobbery with Monty Python precision.

Director Albert Schultz, who’s also Soulpepper’s founding artistic director—or the Mayor, as I think of him—has done a fine job of staging an intricate production with zippy elegance, while choreographer Candace Jennings keeps the routines crisp and fluid. And under the deft musical direction of Marek Norman, the whole piece crackles along with energy, warmth and wit.

There are ample laughs, but the tone gradually darkens, turning on a poignant scene in the trenches as the warring sides improvise a Christmas truce, tossing songs and booze back and forth across no man’s land. But pacifism is for sissies in the Great War. And calls for peace—notably in a speech by Emily Pankhurst that’s jeered by actors placed in the audience—are denounced as treason. The only winner of this war is war. As we watch the casualty score grimly registered in surtitles—it will reach 10 million dead—a documentary frieze of gathering horror displaces the comedy. The characters, from the blinkered generals to the poor souls mired in the trenches, are oblivious to the wider world of this world war. They can’t see the war, never mind the world. That’s the irony, comic and tragic. The music serves as their merry escape, an antic jubilee of stubborn Brit denial: never mind!

Oh What A Lovely War, which became a 1969 film directed by Richard Attenborough, unfolds strictly from the Brit point of view, as national self-satire. But Schultz’s production adds an graceful coda recognizing the monumental Canadian sacrifice. After all, the First World War,  hard-wired with colonialism, is seen as the gruesome rite of passage that turned Canada into a nation. Finally it’s becoming embedded in our culture. Paul Gross gave us Passchendaele two years ago. And now that we’ve seen Soulpepper’s  Billy Bishop and Lovely War,  next month Video Cabaret—the small but illustrious theatre company rooted in the Cameron House hotel on Queen St.—will remount The Great War: The History of the Village of the Small Huts (1914-18), a classic episode in Michael Hollingsworth’s epic chronicle of Canadian history plays.

Watching Oh What A Lovely War, I wondered if it might have influenced Hollingsworth, back in the day. His series has a similar sense of satirical bravado and documentary absurdism. But his writing is more distilled and ruthless, the focus more concentrated, and the wit darker than in Littlewood’s sentimental tragi-comedy. With a cast spinning through myriad characters in hyperbolic costumes and make-up, Hollingsworth’s scenes unfold as graphic bursts in miniature series of black-box tableaux. He renders history’s comic horror as noir Punch and Judy, with acid in the punch. I look forward to the remount; history plays tend to age well.

The War to End all Wars, it seems, is still giving us glorious nightmares.