Amanda Seyfried and Ben Stiller to take a walk on the wild side with auteurs Atom Egoyan and Noah Baumbach. 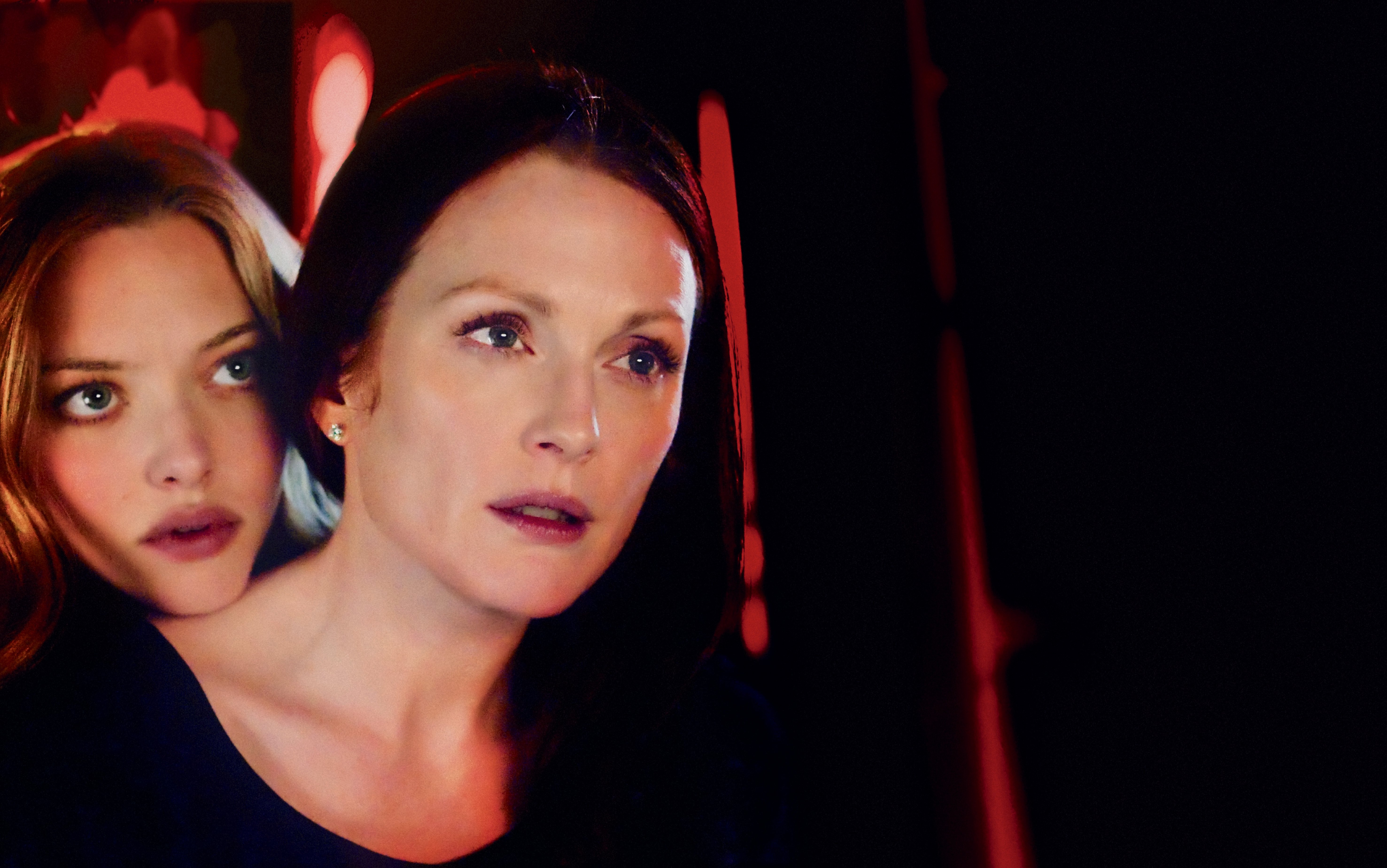 Movies, especially American movies, tend to fall into one of two increasingly disparate food groups: dumb popcorn confections that we devour as guilty pleasures, but leave us unconvinced and unsatisfied; and smart indie films that disturb, provoke or impress, but fail to entertain us with the larger-than-life experience that we crave from the big screen. Well, this week, we have two independent yet substantial films that bridge the divide between Auteurland and Hollywood. Both feature movie stars who are a pleasure to watch, and both films are simply named after their central characters, who have mental health issues—Chloe and Noah Baumbach’s Greenberg. In Atom Egoyan’s Chloe, Amanda Seyfried resembles a young Bette Davis, and proves that the star of Mamma Mia! and Big Love is growing up to be the most arresting actress of her generation. (To read my recent piece about Seyfried, which includes an interview with Egoyan, go to: Dear John I’ve Really Changed.) In Greenberg, Ben Stiller plays an eccentric anti-hero in an anti-romantic comedy, a borderline mental case. Chloe is by far the more stylized film, a noir lap dance that shimmys through a series of wild plot twists towards an unpredictable payoff. Greenberg is a deadpan, off-kilter comedy riddled with sharp, observational wit,  and it ambles along without much sense of narrative destiny. On the surface, Baumbach’s is the less conventional of the two films, while Chloe is as close as Egoyan has ever come to making an accessible drama with a slick, locomotive storyline. In this case, that’s a good thing.  I found Chloe to be the more compelling of the two movies. It’s Egoyan’s finest work since The Sweet Hereafter, and Seyfried’s performance is quietly electrifying.

This movie’s provenance is as weird as its story. It originates in 2003 with Ghostbusters mogul Ivan Reitman catching a kinky French movie called Nathalie at the Toronto International Film Festival. He decided to produce a Hollywood remake and hired screenwriter Erin Cressida Wilson (Secretary) to adapt it. When Reitman tapped Egoyan to direct, an unlikely collaboration was born. (I visited the set in Toronto, and for my feature on how the mogul’s attempt to give the auteur a commercial makeover, go to: Odd Couple.)

Chloe is a rare example of an English-language remake that is not only better than the European original, but hotter and more audacious. To explain just how Chloe outstrips Nathalie would require some criminal spoilers. So I’ll keep the plot details scanty. Let’s just say that the story begins with a rift in the marriage of a wealthy Toronto couple—a gynecologist named Catherine (Julianne Moore) and her professor husband, David (Liam Neeson). Catherine stumbles across evidence that her flirtatious hubby is cheating on her with one of his students. So she hires a hooker to test him—Chloe (Seyfried) frequents the same Yorkville streets where Catherine’s practice is situated, and they meet by chance in the powder room of the Windsor Arms Hotel. A deal is struck. And as Chloe reports back about her escalating trysts with David, Catherine takes a perverse and vicarious interest, until a fatal attraction between the two women begins to encroach on Catherine’s family.

Although this is an American-produced, American-scripted movie with American stars, Chloe‘s narcotic descent into mad love takes place close to home—in Egoyan’s eerily cozy world of awkward intimacy. It’s the first of his 11 features that was scripted by someone else, yet his signature remains unmistakable, especially in the setting. The director shows off his hometown like an eager child revealing his bedroom. The story is demonstrably set in an urbane, richly eroticized Toronto. The city—traditionally typecast as a bleak landscape of alienation in films by both Egoyan (Adoration) and David Cronenberg (Crash)—gleams with unprecedented glamour, a jewel of sensual opulence and architectural bravado.

But the picture’s chief attraction is the ethereal Seyfried, who morphs through a startling variety of roles within the bounds of a single character—from insecure hooker to blithe seductress to chilling femme fatale. In a movie so relentlessly stylish that nothing seems entirely real, she maintains a spooky, authentic poise. It’s a sensational performance. 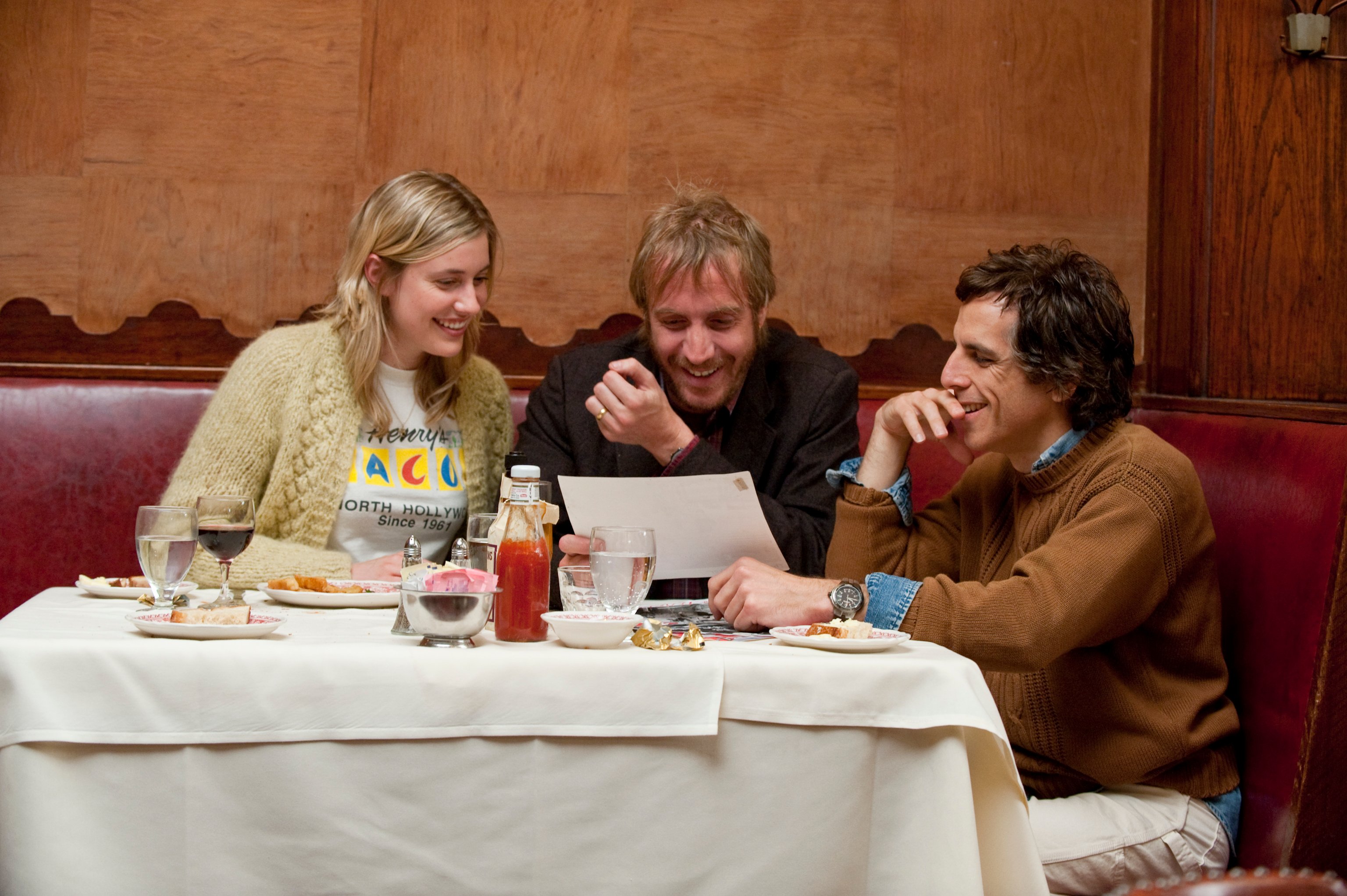 Here’s another story of a mentally unstable outsider with boundary issues who shows up like an alien presence in a family home. But that’s where the resemblance ends between Egoyan’s film and this third feature by American writer-director Noah Baumbach (The Squid and the Whale, Margot at the Wedding). What’s original and affecting about Greenberg is its lack of sensation. Although its protagonist is a recovering mental patient, he isn’t an abject nut case or a raving psycho. His unspecified mental illness is relatively mild: a smattering of OCD tics with a likely dash of Asberger’s.  Even though he obsessively writes letters to companies voicing trivial complaints, and is armoured with an aura of protective hostility that yo-yos between cute and rude, the meds seem to be keeping his worst instincts in check. Roger Greenberg is a functioning basket case, and as played by Stiller, he has a modicum of movie star charm.

Roger is spending six weeks housesitting a home with a pool in L.A. for his obnoxious, married-with-children brother, who’s successful enough to have a personal assistant he can mistreat. She’s Florence (Greta Gerwig), a dithering, good-hearted soul with low self esteem who becomes a willing target in Roger’s passive-aggressive search for affection and meaning. At the same time, Roger makes needy, inept overtures to reunite with his old friend and former partner in rock’n’roll crime  (Rhys Ifans), who still resents the fact that he split up the band just as they were on the alleged verge of making it.

Roger’s misanthropic habit of pushing away the love he needs prevents Greenberg from being either a flat-out romantic comedy or a buddy movie. It’s the story of a smart, screwed-up misfit who entertains us with a shrewd if dyspeptic worldview, like a Mumblecore Woody Allen. And, as in vintage Woody Allen, he meets his neurotic match in an klutzy love interest who’s willing to look past his nebbish exterior—as if she (like us) can see his inner movie star. Greta Gerwig, who is in fact best known (or unknown) for appearing in low-budget Mumblecore movies, brings a slurry, sexy candour to the role. And part of the chemistry in the film’s non-romance is seeing a quirky newcomer paired with a Hollywood star who seems bent on returning to his idiosyncratic roots. Gerwig’s character comes on strong, winning us over with her offhand charm, and she owns the movie in the first act. But gradually she relinquishes it to Stiller. And before its over, as the star’s prickly  intelligence prevails, she gets short shrift. At its worse, as the portrait of a self-loathing loser, Greenberg reminded me of Eagle vs. Shark, that nasty little New Zealand comedy about a far more abusive romance between a sadistic dork and a doormat.

There’s much to like in Greenberg, which aims to be amusing and amiable.  After the more precious scenarios of Baumbach’s previous films (no, I wasn’t a fan of Squid and the Whale), this one has a relaxed, almost ambient realism. But some of its best satirical touches stray into more high-concept comedy—as when Stiller’s character gets wired at a party of twentysomethings and launches into a demented rant about the moral bankruptcy of their entitled, twittering generation. A star moment. The clip that runs on the talk shows. On balance, I found my feelings for Greenberg running hot and cold, as if I was being been infected by the protagonist’s jagged mood swings. A good sign, I guess. But that’s the thing about a misanthropic movie that serves up an acerbic, unwarmed slice of life: loving it seems uncool.