Opening Weekend: ‘The Switch,’ and ‘Lebanon’

Like being stuck on a bad date with Jennifer Aniston, or buried alive in a killing machine 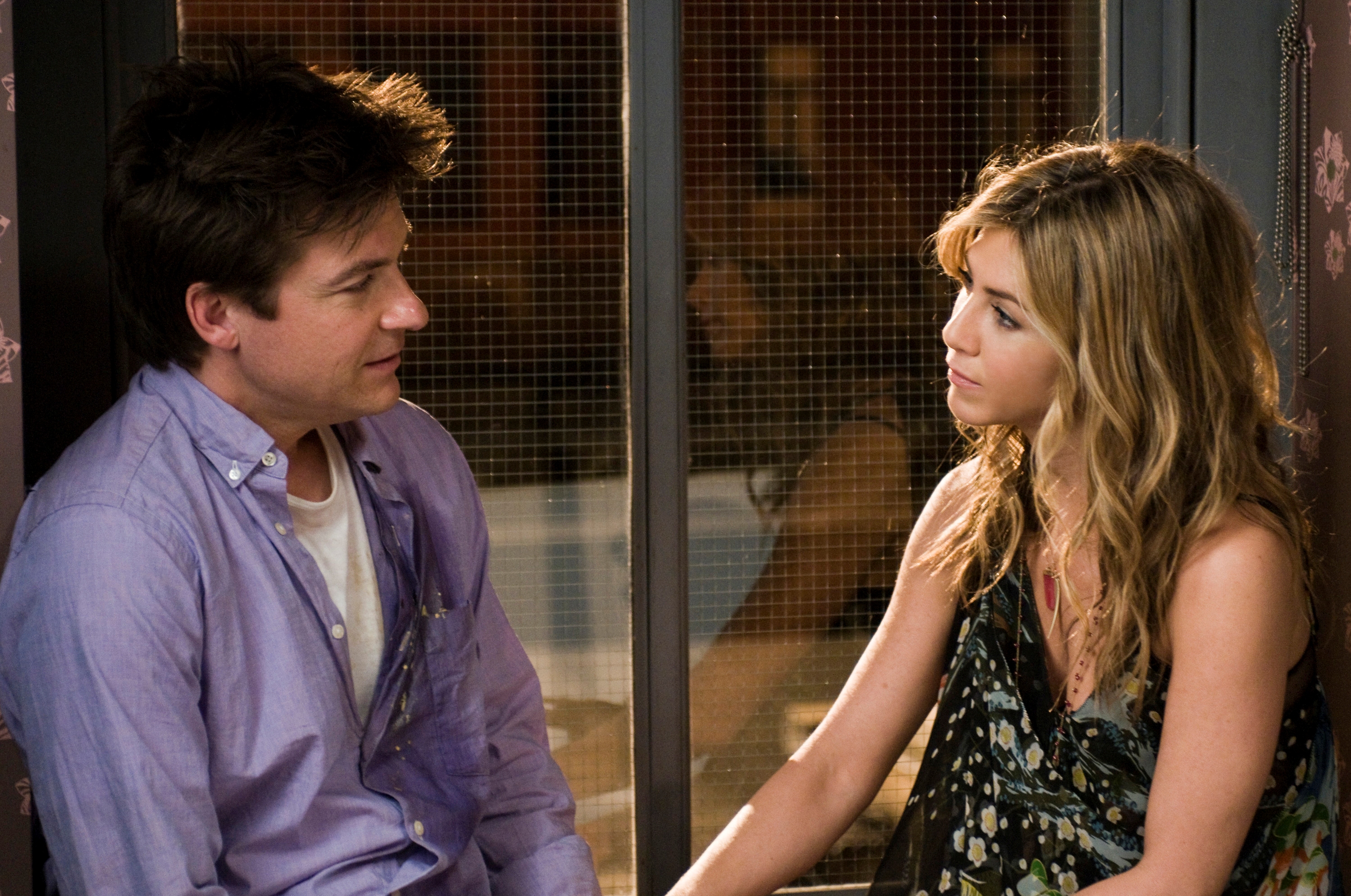 Jason Bateman and Jennifer Aniston in 'The Switch'

Re-entry! After weeks of gazing at the cinemascope expanse of a empty lake, my endless summer is over. Now it’s back to the crowded screen and the biz of forming opinions. The juggernaut of the 35th annual Toronto International Film Festival (Sept 9-19) looms, with advance screenings already in gear and the newspapers going ape with banner front page headlines announcing visiting celebs (“Clint takes aim at TIFF!” – Toronto Star). Meanwhile the last of the summer movies stagger into the multiplex. This weekend offers one of the best movies of the year, Lebanon, and one of the most dismal, The Switch—representing that classic divide between cutting-edge world cinema and bland Hollywood formula. Both films induced a kind of claustrophobia in me, for different reasons. Lebanon, which won the top award at last year’s Venice festival (the Golden Lion), a harrowing drama about a four-man Israeli tank crew trapped behind the lines of the 1982 war in Lebanon. It’s like Das Boot, but we’re stuck in a tank instead of submarine. Almost the entire movie is shot from the POV of the tank’s interior, and through the roving cinematic eye of its periscope. The Switch is packaged as a romantic comedy, but it’s neither romantic nor comic. It’s one of those movies that’s trying to be cheerful but is secretly dour and misanthropic. It’s like being stuck on a bad date with Jennifer Aniston, who looks like she’d rather be somewhere else.

But I was distracted, because I wanted to be somewhere else. Allow me to digress. People often ask me how, as a critic, I watch movies in advance. I explain that I see some at private press screenings, some on DVD (usually just small indie films and docs)—and I tend to see Hollywood movies at invitational promo screenings staged by studios, which want us to see comedies and action movies with a mass of civilians in the hope that their manic enthusiasm will rub off.  But promo audiences are often even more ill-mannered than the regular multiplex crowd. Perhaps because the tickets are  free. I arrived almost an hour early for The Switch to get a good aisle seat, went out for a snack, and came back to find a family picnicking next to me: an obese woman with a bouncy daughter who looked to be about five years old, and a baby. A baby! Now, The Switch is a movie about a single woman (Aniston) who lines up a sperm donor and has a baby, but I don’t think it was designed for a baby. As it turned out, the baby behaved fairly well, and wailed just a couple of times during the movie. But the little girl was bored, confused and restless. And as phrases like “killer sperm” and “cervical mucus” spilled from the over-amped dialogue, I couldn’t help wondering what she thought. So essentially, part of me was watching the film from the POV of a five-year-old girl. Great.

The Switch has a lofty pedigree. It’s based on the short story Baster, by Pulitzer Prize–winning novelist Jeffrey Eugenides, author of ‘The Virgin Suicides’ and ‘Middlesex.’ Screenwriter Allan Loeb (who wrote the upcoming Wall Street 2) discovered the story when it was originally published in The New Yorker in 1996. It goes something like this. Determined to have a child, Kassie (Aniston) is in the market for Mr. Right Sperm Donor. Her platonic and neurotic best friend, a stock trader named Wally (Jason Bateman), is clearly in love with her, but can’t bring himself to admit it, to himself or to her. When Kassie finally lines up a donor—a Nordic-looking over-achiever named Roland (Patrick Wilson)—he’s seething with barely repressed jealousy. Which erupts in a drunken moment of really foul play when Wally, arousing himself with a magazine cover of Diane Sawyer, swaps his sperm for Roland’s at Kassie’s artificial insemination party (!), hosted by her daffy best friend, Debbie (Juliette Lewis). Wally was so blind-drunk while committing his crime that he doesn’t remember a thing until—flashforward—Kassie’s child is a five-year-old neurotic with Wally-like mannerisms.

That’s the creepy premise—God knows what the little girl sitting next to me made of it. And the rest of the movie consists of waiting for the inevitable Big Payoff, where Wally will spill the beans at the worst possible moment to Kassie. Just as we’re getting close to it, that’s when the little girl next to me has to go to the bathroom, which throws her obese mother into a sputtering rage. Finally, after the kid gets loud and obstreperous enough to force the issue, her mother roughly drags her into the aisle and to the exit. I’m ready to scream…

OK, back to the movie. Relax, the plot is impossible to spoil because it’s so drearily predictable, right up to the token two-minute montage scene at the end that allows Aniston’s character to forgive Wally’s monstrous stunt and let romance bloom. That said, the performances are all pretty good, and smarter than the movie. It is enough to make you feel sorry for the actors. Although people will come to this as “a Jennifer Aniston” movie, the film actually belongs to Bateman (Up in the Air), who’s a strong actor with a sharp wit. He’s not the leading man type, which is the whole point of casting him as the unlikely love interest, so it’s nice to see him in the kind of role that Woody Allen or Billy Crystal might have once played. But the real romance is not between him and Aniston; it’s the budding father-son bond between Wally and Sebastian, a precocious nerd played with acute sensitivity by the doe-eyed Thomas Robinson. Their scenes drive the film. Aniston, in fact, doesn’t have a whole lot to do except look wistful. And Wilson, as her straw-man suitor, is ridiculously venal—coming across as even more of a sleazeball than the pedophile he played in Hard Candy. Finally, there’s Jeff Goldblum, who makes a meal of his all-too-sparse role as Wally’s loopy business associate. He steals every scene he’s in, and his seems to be the only character who’s not fundamentally depressed—which only serves to remind us that we’d rather be in his movie, Planet Goldblum, than the one we’re watching.

The Switch is directed by Josh Gordon and Will Speck, the team behind the Will Ferrell farce Blades of Glory. Here the tone is really more dramatic than comic; next to Blades of Glory, it feels like Hamlet. And that uneven tone may be the ultimate problem. As in Wedding Crashers or Knocked Up, the plot hinges on a bit of bad-boy mischief. But the crime is so icky it seem to have been orphaned from a gross-out comedy, which this is not. And no matter how happy the ending, the default love story feels bogus—a tale of two losers in which Jennifer Aniston, as if typecast by her tabloid narrative, is sadly typecast. 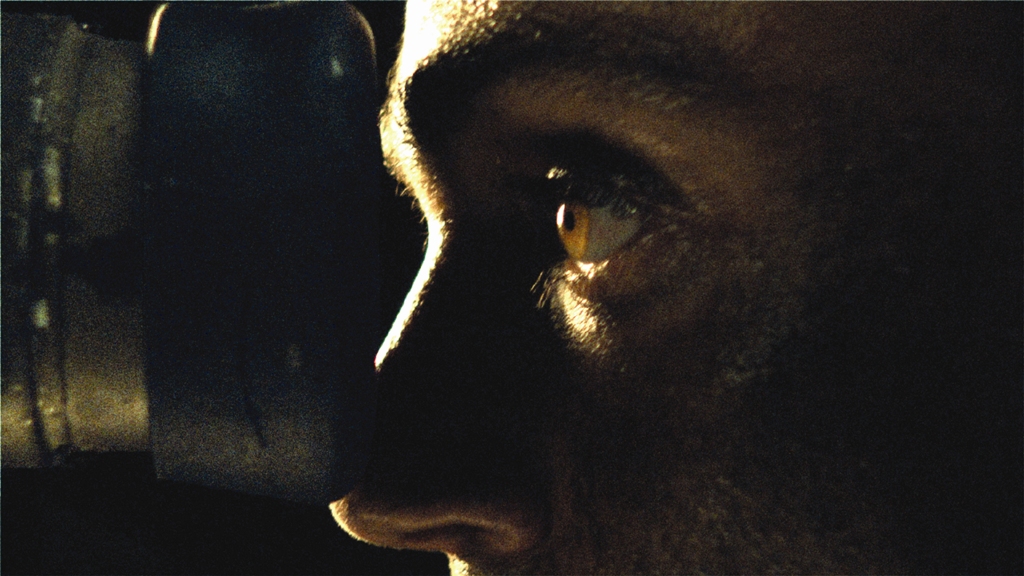 It’s been almost a year since Lebanon wowed audiences at Venice and TIFF. That’s how long it can take for a small foreign-language masterpiece to find its way into North American theatres. And who knows how long it will stick around, so see it while you can. This one is definitely worth seeing in on the big screen. Israeli writer director Samuel Maoz based the script on his own experience as a naive 20-year-old tank gunner, whose baptism of fire in the Lebanon war haunted him for two decades. His film is the story of four such 20-year-olds, a crew of scared boys trapped inside a killing machine, getting their first horrifying taste of combat. Except for one or two brief scenes, the camera never strays from the interior of the tank. It’s a grim, cramped, sweaty world, a kind of mobile prison cell. Maoz shoots largely in visceral close-ups (how else?), and it’s like watching four characters clinging to their humanity in the belly of a beast. It’s as if they’re buried alive. Along the way the crew has to to make room for a dead body of a fallen soldier and a terrified prisoner. Though the tank is a machine, it’s more like an organic, growling creature as its interior becomes slick with grime and blood. Our only eye to the world beyond is a cross-haired periscope, a predatory eye that serves as an inspired cinematic device, allowing the director to frame the action as tightly on the outside as his characters are confined on the inside. Lebanon is a combat picture that works as both a horror film and a psychological drama, a portrait of men cracking under a pressure that feels intensely physical. Maoz paints the screen with a stunning hybrid of visceral realism and almost surreal images as his camera prowls this intimate world. Yet, as harrowing as it is, this intense thriller has a seductive power, and a strange beauty.