The opening remarks were interrupted by a protester who somehow made it onto the stage in this hotel ballroom shouting: “Choose Life, Stop War!” The audience eventually drowned her out by singing “God Bless America.” 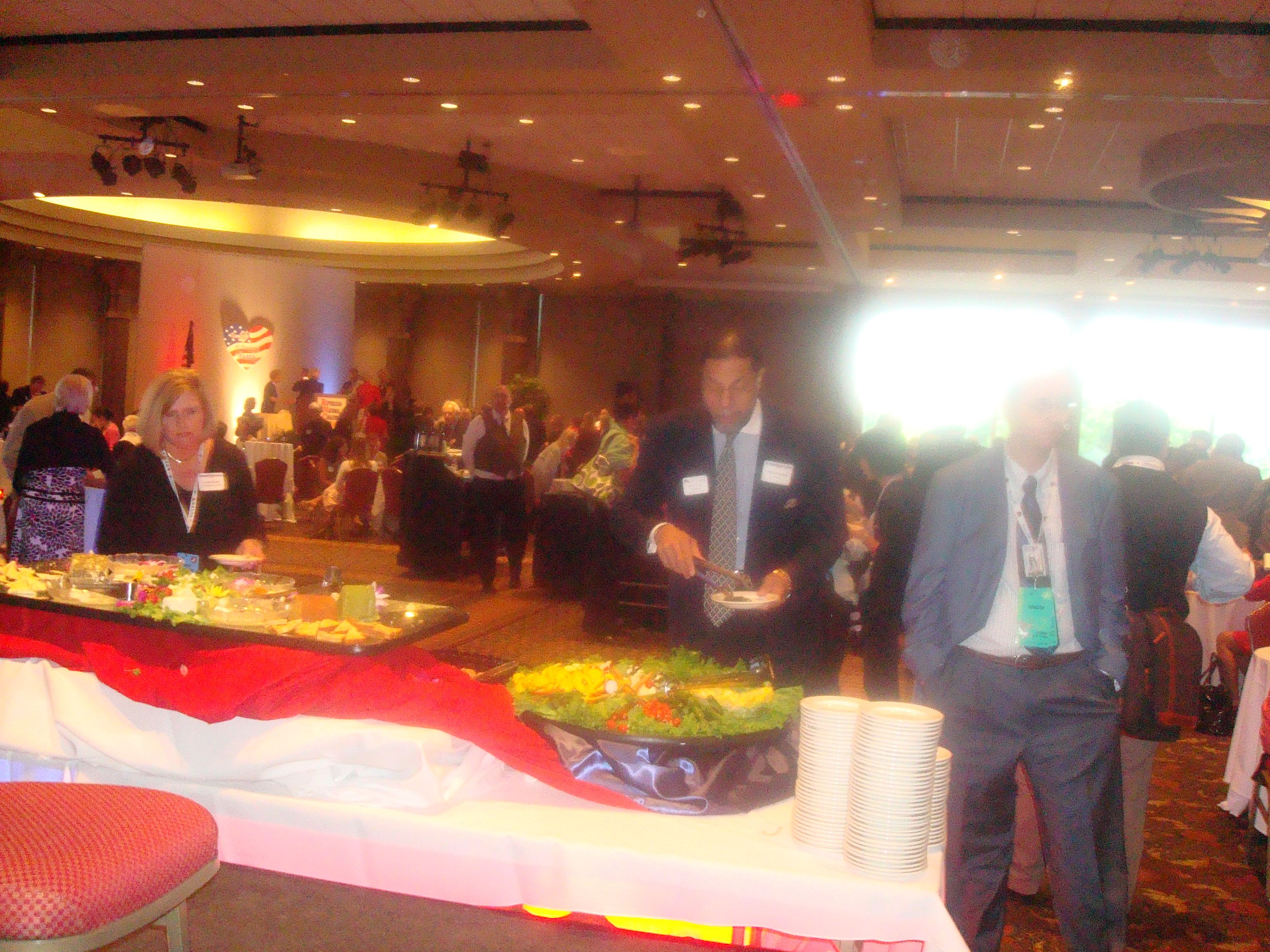 (Sorry — the light here is not good for picture taking.)

McCain’s running mate Sarah Palin was supposed to speak here but organizers say she pulled out last night because she had to prepare her acceptance speech. Instead, they had conservative radio host Laura Ingraham. She begins by attacking the “entrenched elites” of the media — meaning the reporters in the back of the room.

She is making blistering attack on the media and the New York Times in particular for running three articles on their front page on Sarah Palin’s family. I am paraphrasing here, since a connectivity glitch ate my earlier verbatim transcription, but she is saying that the media would not be questioning whether Sarah Palin is qualified to be president if she were not pro-life

If she were pro-choice, they would all be saying, “Oooh, what a great pick. McCain is being a maverick….”

“They don’t like the fact that Sarah Palin exists. This is not a debate that is being had around the edges here. This cuts to the very core of what we are here for

“We will continue to see vicious, horrible attacks against Sarah Palin … yet I am confident that the same elites that said Reagan was a doddering old fool… are going to find that someone from small town America knows more in this finger than they know in their whole lives!”

The audience loves it. One guy has a homemade “Vote Sarah!” sign taped to the back of his suit jacket.

(Sorry, no photo of Ingraham.)

One speaker: “Down Syndrome babies are the joy of humanity.
We are made in the image and likeness of the holy god and Sarah Palin knows that.”

“If you work for Sarah Palin and John McCain – it’s not just Republicans you are electing, you are working for the cause…”
**

A big sign about the stage has a big heart covered with stars and stripes and says: “The LIFE of the party.” 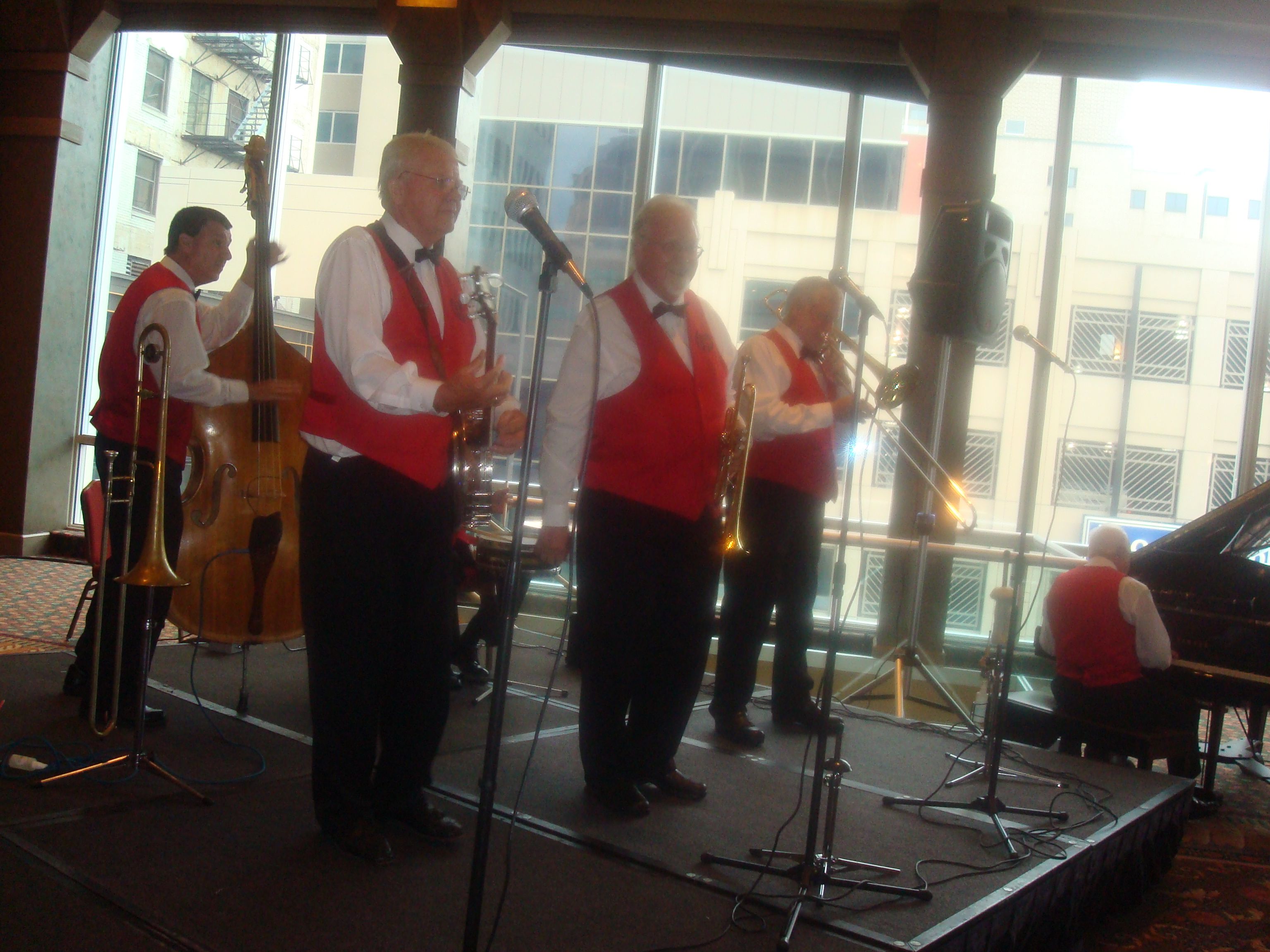 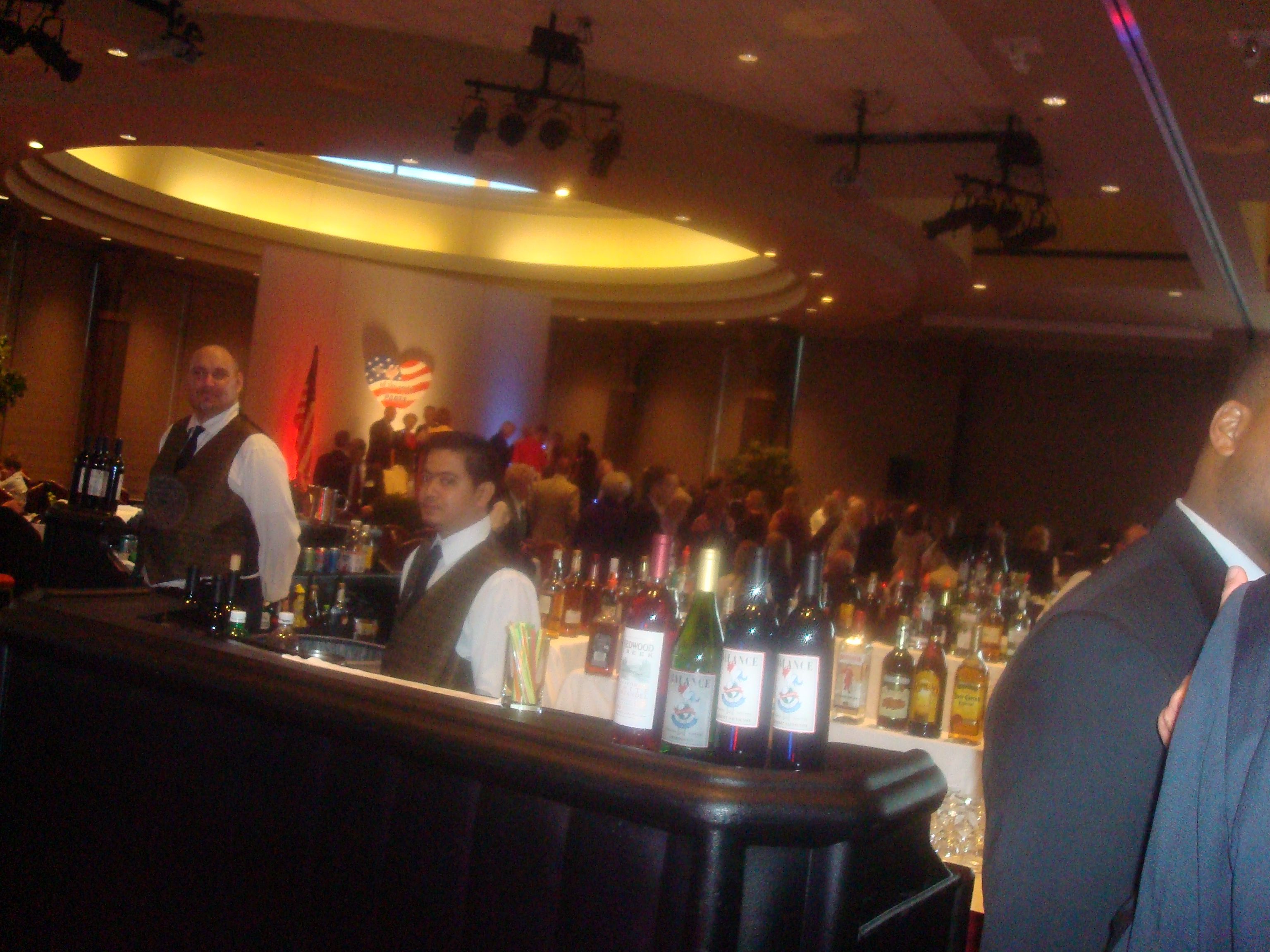 Conservative, but not dry.

Gary Bauer, the social conservative activist who once ran for president himself: “The last 36 hours, I believe the American media has hit a new low in tabloid journalism. They have taken a 17-year-old girl and trying to use the crisis pregnancy she finds herself in as a battering ram, a club to damage her mother, her family, and Senator McCain. It’s tabloid journalism, and they ought to be ashamed of themselves.
“In the last couple of days, governor Palin’s family have taught the people of America more about what t means to be a faith-based family than anything the politicians could do in Washington, DC.”

**
Anti-feminist: Phyllis Schlafly: “The platform adopted by the Republican convention yesterday is the most pro-life platform in history.
It recognizes that the unborn child has an individual fundamental right to life…”

She also took a dig at Hillary Clinton, so much for trying to woo those Clinton voters. 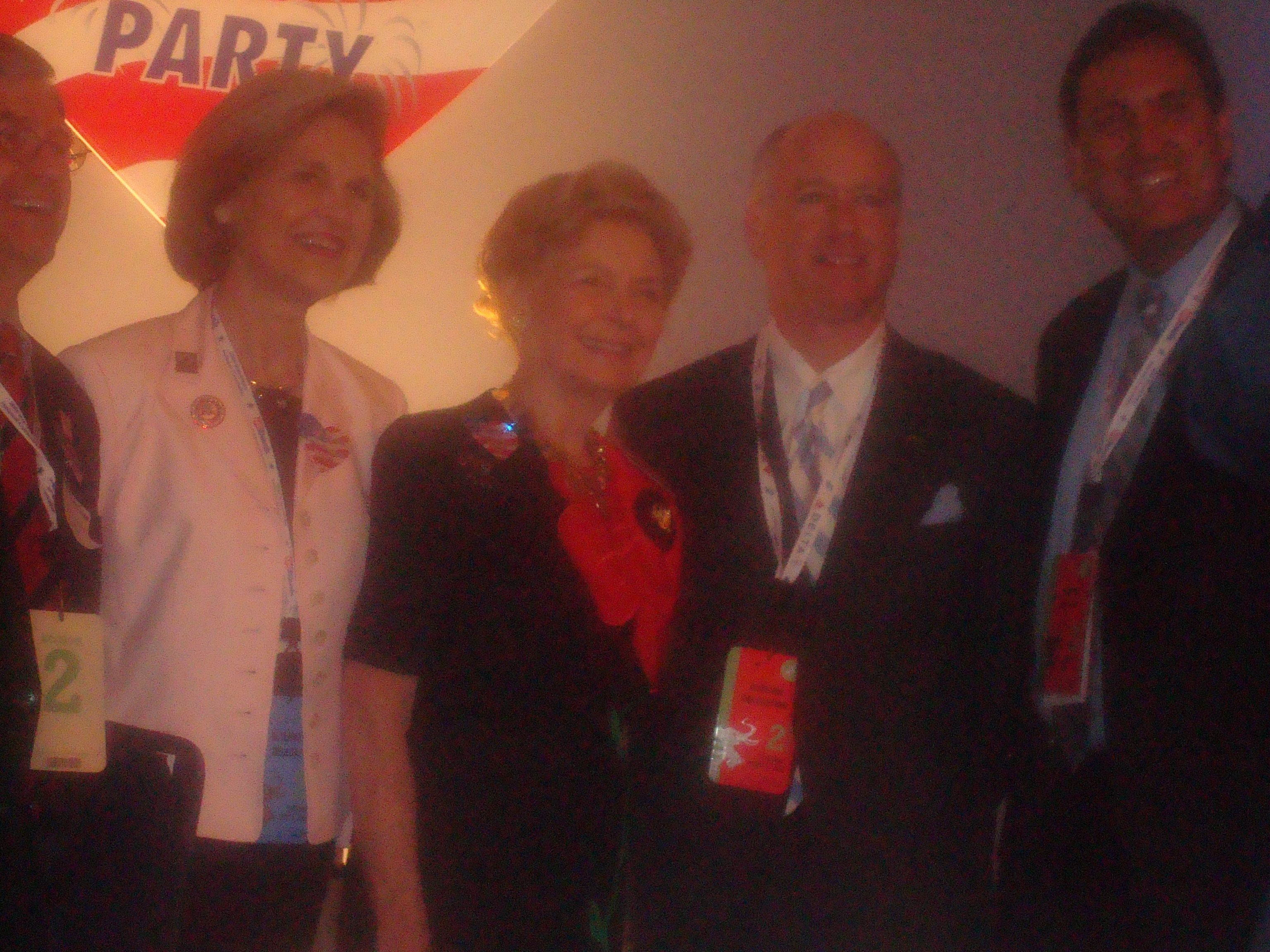 My friend Eli Lake, a reporter for the New York Sun, showed up and had this observation about Schlafly and Palin:

“Sarah Palin is the culmination of Phyllis Schlafly’s life’s work. She is an independent woman who manages to piss of mainstream feminists and stands for the opposite of the Democratic agenda.”

The tickets to this event were $95 and Palin was booked two months in advance. Apparently, Schlafly is not at all happy that the McCain campaign pulled her out late last night.