Romantics on the Riviera

After six fallow years, Jane Campion roars back to form with a gorgeous feel-good movie about doomed love 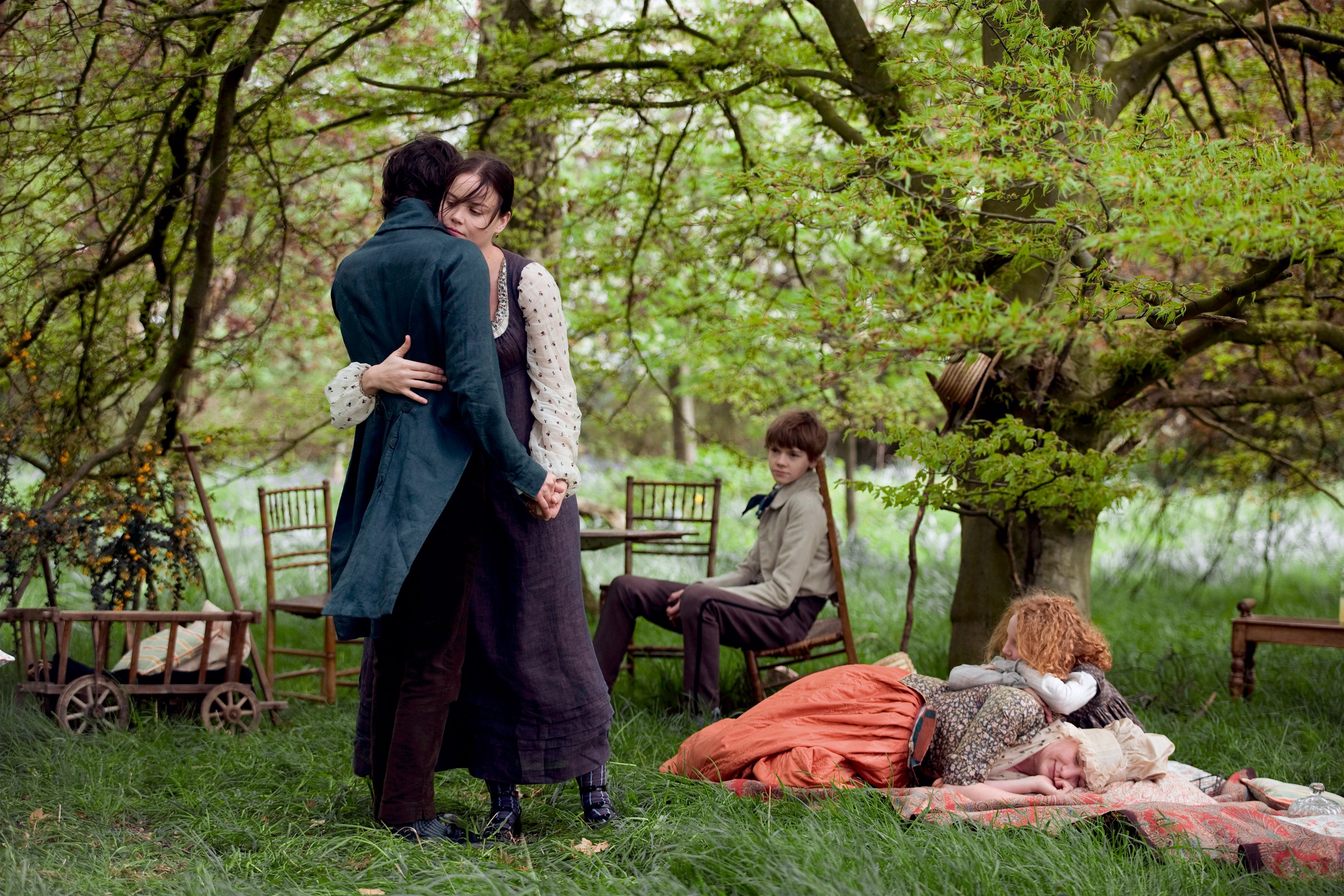 A day of  movies about mad love, from the poetic romance of John Keats in Bright Star to the hippie reverie of Taking Woodstock, with a  detour into a teenage girl’s reckless infatuation with her mother’s boyfriend in Fish Tank. And they were all quite druggy and intoxicating, with different effects—like a triple bill of opium, weed, and crystal meth respectively. Yet each film is devoted to an ideal of youthful innocence—and to  truth and beauty

The first competition screening always starts at 8:30 a.m. It can be a brutal way to start the day after just a few hours sleep. But yesterday it was painless, almost as sweet as going back to bed and sinking back into a better dreamland. The lights went down in the vast Lumiere theatre, and we were were plunged  into the deep-flowered meadows of early 18th-century England. Bright Star conjures Keats  through the eyes of the woman who becomes infatuated with him, only to see him die of consumption at 25. The love and and the death both unfold at an exquisite pace, as a poetic courtship—a deflowering of innocent genius.

This is  Jane Campion’s first feature in six years, and her best since The Piano, which won the Palme D’Or in Cannes in 1993.  Her previous movie, In the Cut, was an  intimate contemporary thriller about sex, death and poetry; Bright Star is an intimate  period romance about love, death and poetry. Big difference. Although I was among the minority that appreciated In the Cut, it was too clever by half.  Bright Star is  deceptively simple, and radiant. It should leave audiences  swooning, though I suspect women will like it more than men.

Some hard-boiled male critics may be quick to dismiss it as too soft and decorous.  Bright Star does, at first glance, seem perilously conventional. It’s an unapologetic romance in which a coquettish seamstress named Fanny Brawne (Abbie Cornish) becomes hopelessly besotted with the boy next door, John Keats (Ben Whishaw). Their romantic  prospects are first dimmed by the poet’s inability to support a wife, then cruelly erased  by his untimely death. Which only makes for a powerful love story. At the risk of anachronism, Campion pays dutiful lip service to feminism by going out of her way to suggest that Fanny, who’s proud of her talent in designing clothes, would be star couturier in a more enlightened era. But in fact, she’s a lovesick girl enslaved by her passions, and entranced by Keats’s poetry, even though she has trouble deciphering it. And Campion doesn’t flinch from portraying their love as the most precious thing in the world.

From the lush pastoral tableaus to the slow-burn of seduction this is pure, unmitigated romance untainted by irony. Yet the words and ideas that pass between Keats and Brawne have sharp edges. As a gorgeous period piece, this film may seem conventional. But if that’s the case, why does it seem so rare? I can’t remember the last time we saw a movie remotely like it. So spare, so intense. Campion surrenders the film to her two leads, who are superb.  And how refreshing it is to see a romance that for once is not a romantic comedy. Of course, when the dude dies at 25, the potential for comedy is limited. But there’s no end of wit in the dialogue as flirtation escalates to passion. And what’s unsual  about Campion’s film is the unfiltered quality of its emotion, and its open embrace of both romantic love and Romantic poetry. 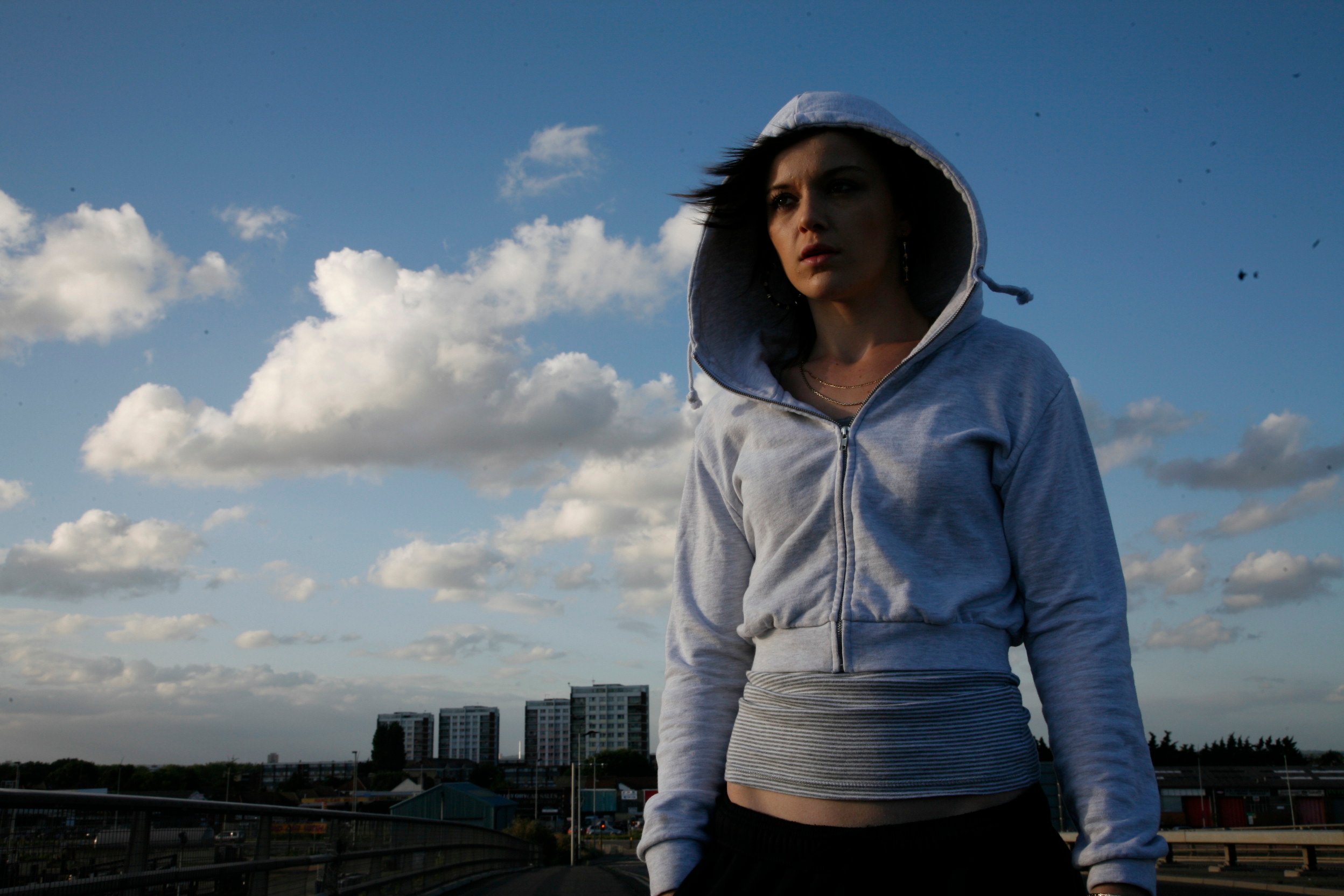 In a competition of 22 features, there are only three female directors, something Campion underscored with some outrage at her film’s press conference yesterday. One of the other two is Andrea Arnold, the British director of Fish Tank, which presents a very different England than Bright Star, the kind of decaying urban wasteland familiar from the films of Mike Leigh and Ken Loach. It stars newcomer Katie Jarvis as a rebellious, friendless 15-year-old girl who’s profanely abused and neglected by her mother (Kierston Wareing) and slyly hit upon by her mother’s hunky boyfriend (Hunger’s Michael Fassbender). This kitchen-sink drama is more accessible than Arnold’s last film, Red Road, but just as edgy. It  unfolds in that utterly realist style that a certain breed of British actors and filmmakers have got down cold, yet with a female sensitivity, and feminist backbone, equal to Campion’s. The music, which ranges from reggae to hip hop, is exhilarating, and serves as a constant tonic in this bleak world of social decay and family breakdown. Fassbender is creepily charming, and Kate Jarvis, whose character comes off as more mature than her mother’s, emerges as an early front-runner for Best Actress with an incandescent performance.  As for the poetry, it’s not Keats but who can argue with lines like this, from rap star Nas:

Life’s a bitch and then you die; that’s why we get high
Cause you never know when you’re gonna go

Which brings us to the mind-expanding simulation of Ang Lee’s Taking Woodstock. But that’s  a subject for another blog. . .