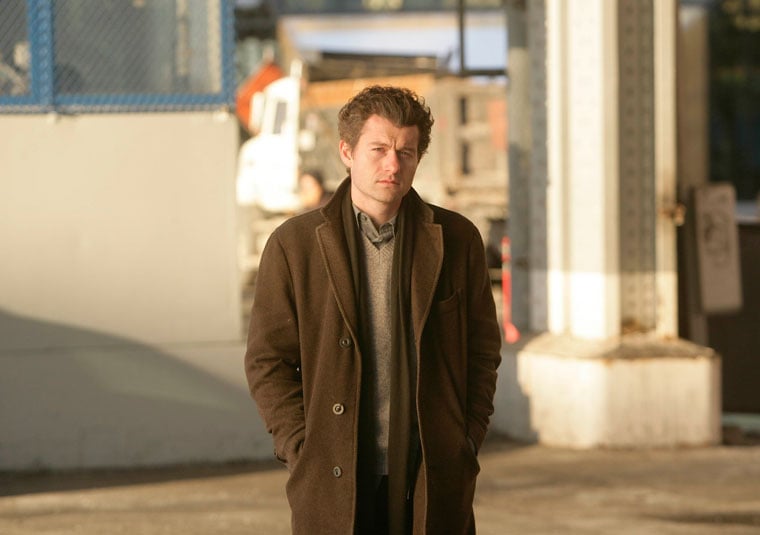 While waiting for the Mad Men replay at midnight, I’m watching AMC’s repeat of the pilot of Rubicon, their new show that will be premiering officially next week though they’ve already “sneak previewed” the pilot at least twice. I don’t judge the overall quality of shows based on pilots if it isn’t necessary, so I haven’t made up my mind about the show; I’ll wait to see the series. But one thing that has struck me based on the pilot is how cheap the show looks. In the way it’s shot and lit, even in the sound mix — with dialogue dimly recorded and underlaid with generic street noises to remind us that we’re in the city — it reminds me of nothing so much as a Canadian drama series from the ’80s or ’90s. And this just as the production values of Canadian dramas have improved. It’s like AMC felt that someone had to pick up the mantle of dull photography and tacky sets after we dropped it. As someone else mentioned, it has sort of a Night Heat look to it.

Now, I don’t know how much or how little the network and production company are spending on it; all I know is what’s on the screen. But the thing is, just because a show is low-budget doesn’t mean it automatically looks cheap (just as someone can spend money carefully without being a cheapskate). On the same network, Breaking Bad is clearly a show on a tight budget, and I’ve talked before about the techniques they use to get the show made without a lot of money to throw around — like cutting to the distant master shot so they can dub dialogue over it. But Breaking Bad does not look cheap. They’ve got a visual flair that makes the most of the money they have, and the results they get are equal or superior to shows with bigger budgets.

Rubicon, for me anyway, doesn’t have that; much of it just leaves me thinking that the rooms are small, the lighting flat, the shot setups predictable. When they shoot characters from a distance or through doors and windows, it looks less like a stylistic choice (which is how it looks on Breaking Bad) and more like a response to the limited number of places to put the camera. Maybe they haven’t found a coherent visual style for it because the type of movie they’re trying to imitate — the conspiracy thriller — is unachievable on their budget and schedule. But then, Breaking Bad has figured out how to sort of do a Coen Brothers movie without a great deal of time and money. Ultimately it’s about how cleverly they use their resources; beautiful-looking movies have been made for almost nothing by directors who knew how to use what they had (for example, on a historical note, what we call film noir lighting became popular because it was a great way for low-budget movies to hide their limited or recycled sets).

For the moment that I can’t see myself sticking with Rubicon a long time unless they make it more enjoyable to look at. Maybe they will. If not, Canada need no longer have an inferiority complex about our TV production technique.