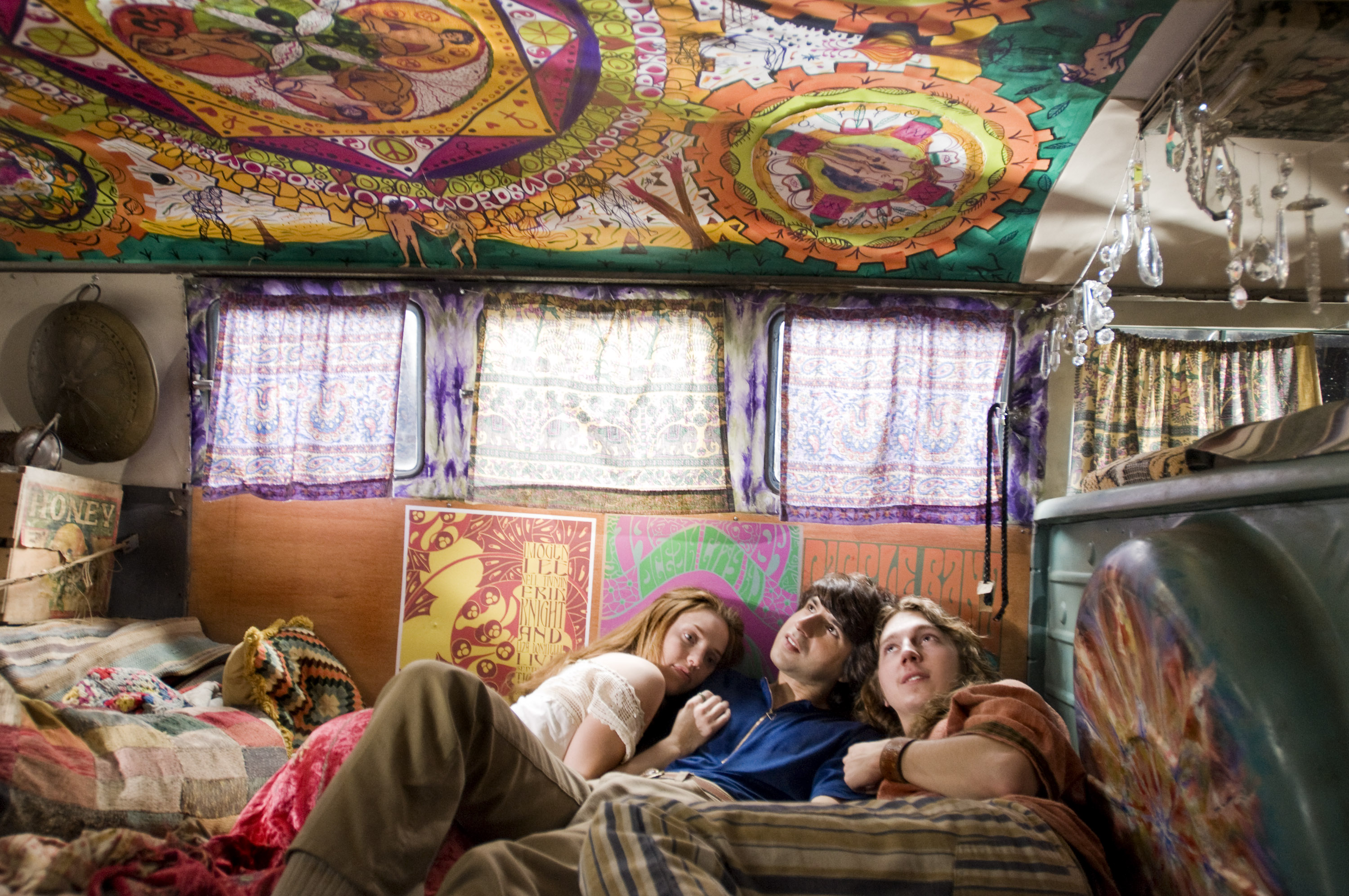 Ang Lee’s ‘Taking Woodstock’ was one of the most anticipated films in competition in Cannes, for obvious reasons—the stature of both the director and event he has attempted to recreate. But the reaction to the movie has been mixed. And even those who enjoyed it, myself included, have to admit that seemed surprisingly lightweight coming from the director who gave us the high tragedy of Brokeback Mountain and Lust, Caution. At yesterday’s Cannes press conference for the film, he explained that the project came about as a happy accident, when he met Eliot Tiber backstage in 2007 at TV talk show in San Francisco. Lee was promoting Lust, Caution; Tiber was flogging his book, Taking Woodstock: A True Story of a Riot, a Concert, and a Life. The author, who comes across as an adept salesman in the movie, gave him a three-minute pitch. Lee, who was longing to direct some lighter fare after making six tragedies in a row, was intrigued. Having already made The Ice Storm, which he saw as a ’70s movie about the post-Woodstock hangover, he saw an opportunity to complete the cycle. “I was yearning to do a comedy-slash-drama again without cynicism,” said Lee. “It took me a long way to get there. I thought after 13 years, I sort of earned the right to do it, just be relaxed, be happy and at peace with myself and everybody else.”

But for many people, Lee was blithely venturing onto holy ground. The 1969 Woodstock festival is a cultural landmark, the apotheosis of the Sixties dream of peace ‘n’ love before the party turned into a bad trip. And it has meant a lot of things to a lot of people, whether or not they claim to have been among the half million people who fought the traffic to spend three days blissing out in music and mud. Also, the event already has a substantial legacy. It has been famously enshrined in Woodstock, Michael Wadleight’s three-hour, Oscar-winning documentary, which sets the bar high for any filmmaker trying to pull off a dramatic simulation—much less a filmmaker like Lee, who had never tackled large-scale epics.

But Lee’s approach was to view the event from the opposite end of the telescope, far away from the stage and the music. This is not a concert movie; it’s not even a music movie. It’s a coming-of-age story about Tiber, a young, closeted gay Jew, who ends up securing a permit for the Woodstock festival, turning his parents’ ramshackle motel into a base camp for the organizers, and having his mind blown by the time it’s over. Tiber is played by Demitri Martin, a New York stand-up comedian and TV writer-performer who has never acted in a movie. But though Lee considers the film a comedy, but it’s not there aren’t a lot of gags or one-liners. And Martin is not trying to be funny. In carrying his first film, however, he does have a lot of poise, and he has a self-possessed poise, and a look, that’s reminiscent of the young Dustin Hoffman in the Graduate—a film that Ang Lee and his screenwriter, Focus Features boss James Schamus, admit influenced them. But when I ask Martin about the comparison, he had the humility to dismiss it as absurd: “That’s like telling someone who just picked up a guitar that he’s like Jimi Hendrix.”

As for Ang Lee, when asked about his biggest challenge in making Taking Woodstock, he said, without a moment’s hesitation, “The extras . . .policing them with their attitudes and even their pubic hair.” The filmmakers set up “hippie camp” to instruct their background tribes in the finer points of non-grooming. Finding skinny extras who who didn’t have gym sculpted bodies was especially difficult, added Schamus. “When you think about it, a generation of people who weren’t fat, who weren’t staring at themselves in the mirror all the time, and not shaving everything off down there—it captures the difference of 40 years right there.”