The downside of Netflix-exclusive series

Prepackaged series suffer most from their inability to evolve, writes Peter Nowak 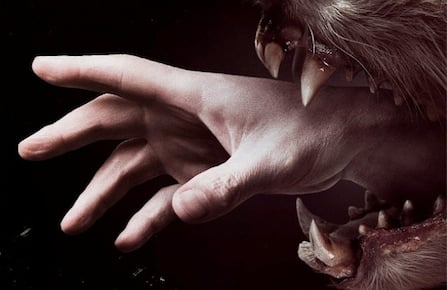 A few weeks back, I wrote about some of the positive developments coming from the Netflix-inspired binge-TV-watching trend. With a growing number of people delving into multiple episodes of TV shows at once on the video streaming service, the way in which actual series are being made is starting to change.

Other than simply eliminating those “previously on…” recaps that many shows used to waste precious minutes on, some series – especially comedies – are going to have to include more variety to keep viewers interested. Binge viewing may thus lead to fewer one-trick-pony shows, which is probably a good thing.

However, with the lackluster critical reception of Netflix’s latest exclusive series, Hemlock Grove, the downside of this trend is starting to emerge. The biggest problem with producing a show in its entirety up front and then releasing every episode for watching all at once is that there’s no room for it to change or grow according to input from the public.

As The Onion’s AV Club notes in its review of Hemlock Grove, regular new shows have to pass through a number of stages in order to survive a season:

Each episode is dissected by audience and critics alike as soon as it airs, and while that doesn’t prevent bad TV from surviving (or flourishing), it does require a certain level of competence. While occasional flukes slip through, for the most part, a badly paced, clumsily acted, increasingly nonsensical season has plenty of time to die by inches when aired on a regular schedule.

That long-term focus group of critics and viewers can organically lead to change and improvement over time, which is essentially what makes television, you know, television – it’s what separates the medium from movies. While films are inevitably tested by focus groups as well, the nature of the medium is that they are ultimately singular and self-contained visions, whereas television shows are largely evolving as they air. Movies, on the other hand, are one-and-done.

Netflix’s series are therefore more akin to really long movies, rather than TV shows. Yet, movie makers – with the possible exception of Peter Jackson – have over the course of decades settled on somewhere between 90 and 120 minutes as the optimum length for those singular visions. Any longer and audiences either tend to get bored, or start finding more things wrong with what they’re seeing.

In that vein, the first “season” of Hemlock Grove is around 11 hours long. I haven’t seen it yet so I can’t comment on its quality, but it is possible that critics are giving it a tough go mainly because it’s horror, a genre that typically doesn’t do well with professional reviewers. Netflix’s other recently released exclusive series, the political drama House of Cards, did considerably better with critics and, apparently, with audiences as well. Netflix recently attributed a big bump in subscribers to the series.

Yet, according to Netflix spokesman Joris Evers, the company doesn’t test screen its series before releasing them. “We do focus groups, but not to test new shows,” he tells me. “We do use the data we have on what our subs like to watch, from many different channels, to determine whether it would make a good Netflix show.”

This may be another case where the almighty algorithm turns out to be less than capable of delivering the goods. It’s still early in the game, but if Netflix makes more series that get panned, the company may have to revisit the idea of focus groups, or possibly even the idea of releasing every episode at once. There is, after all, a reason why television has evolved the way it has.