The hottest docs in Hot Docs 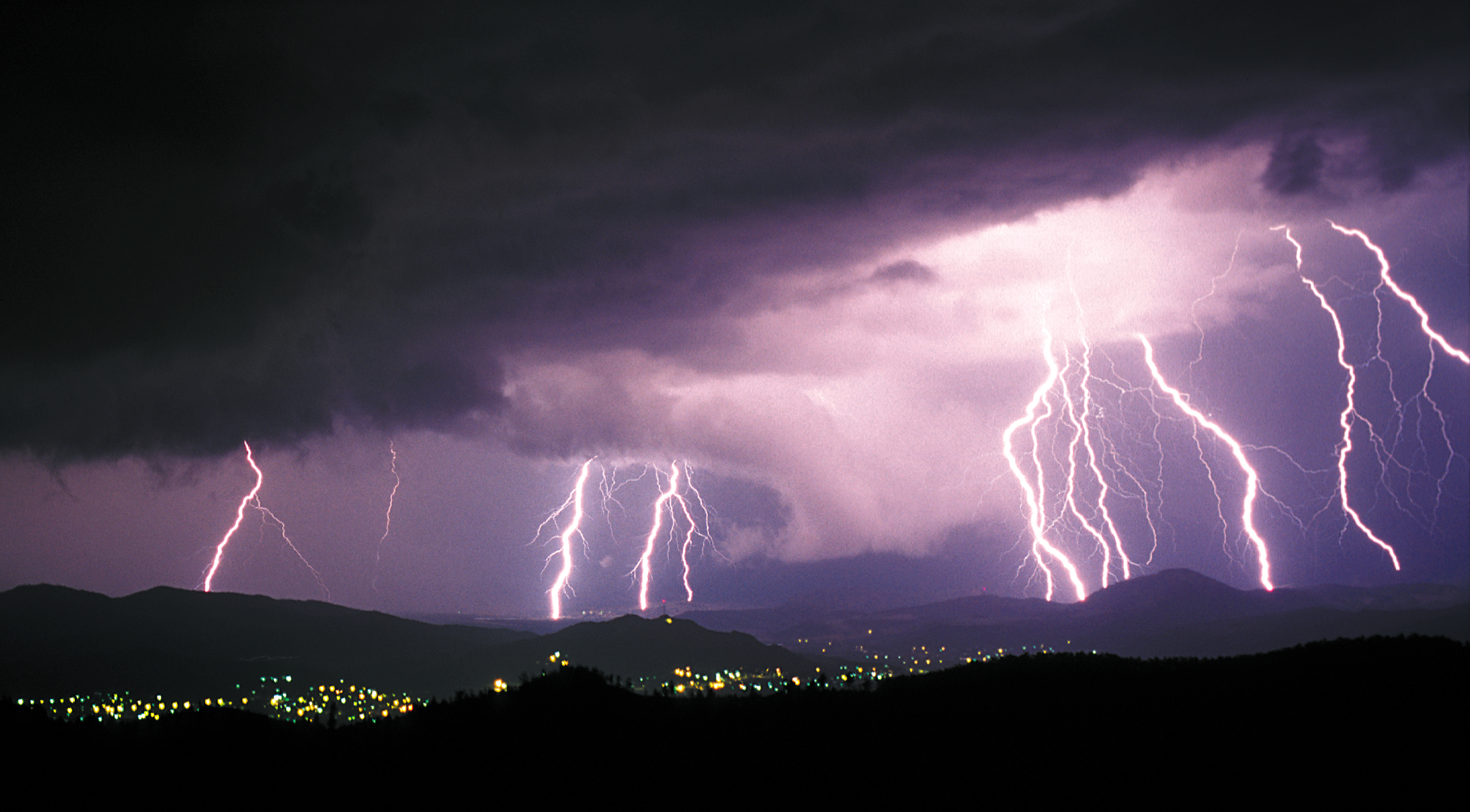 Scene from 'Act of God'

At the risk of sounding Toronto-centric, there’s no question this city now serves as a movie mecca like no other. Not only is TIFF the world’s most significant film festival next to Cannes,  Hot Docs has become North America’s number-one documentary destination. Tonight the 16th annual edition of Hot Docs kicks off with two strong features by Toronto filmmakers: Act of God and Inside Hana’s Suitcase. I’ve seen them, and both are unique works that tell astonishing stories without resorting to formula.

Act of God, the official opening-night gala, is about lives that have been irrevocably changed by lightning strikes. It bears the distinctive signature of award-winning director Jennifer Baichwal (Manufactured Landscapes), a documentary alchemist who likes to mix landscape, art and metaphysics, and whose previous films have ranged from the Moroccan musings of Paul Bowles to the arcane rites of Appalachian serpent-handlers. For more on lightning, the  movie,  and an interview with Jennifer Baichwal, look up my piece in last week’s Maclean’s: Why me? 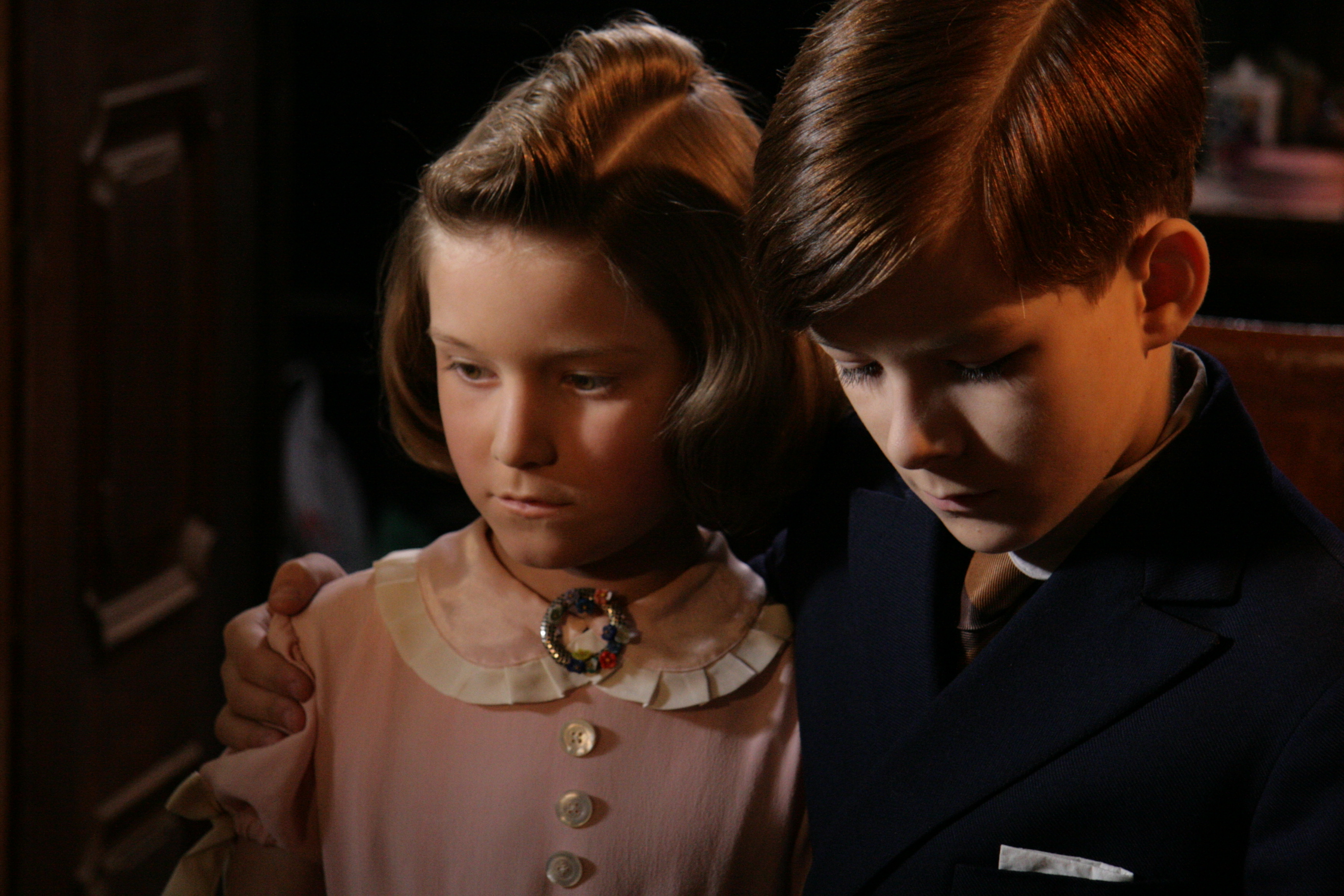 A dramatic re-enactment from 'Inside Hana's Suitcase'

Inside Hana’s Suitcase is technically Larry Weinstein’s first documentary feature, but as a founding member of Rhombus Media this veteran director has been making music films for years. And this feels like the work of an artist in his prime. Based on the best-selling book, it tells the story of a Holocaust survivor, now living in in Ontario, who lost his sister in a death camp, and whose memories came flooding back with a battered suitcase painted with her name that showed up at Tokyo’s Holocaust Centre. This sounds depressing, and the story is indeed heartbreaking. But, buoyed along by the words of school children reading Hana’s story, it unfolds as an uplifting tale with a stranger-than-fiction narrative that takes some breathtaking twists. Weinstein has not just done justice to a story that rivals Anne Frank’s; with this film he has taken Hana’s story to another level, braving the treacherous waters of dramatization (especially dicey, given the subject). The result is a masterful weave of art and artifact. I discovered Inside Hana’s Suitcase while at its unofficial premiere as “a work in progress” at the Victoria Film Festival earlier this year. To read my blogged first impressions , go to: A holocaust detective story makes a splash in Victoria.

I haven’t seen all the 171 films playing in Hot Docs, not even close. But I’ve had a few sneak previews. Some outstanding highlights. . . 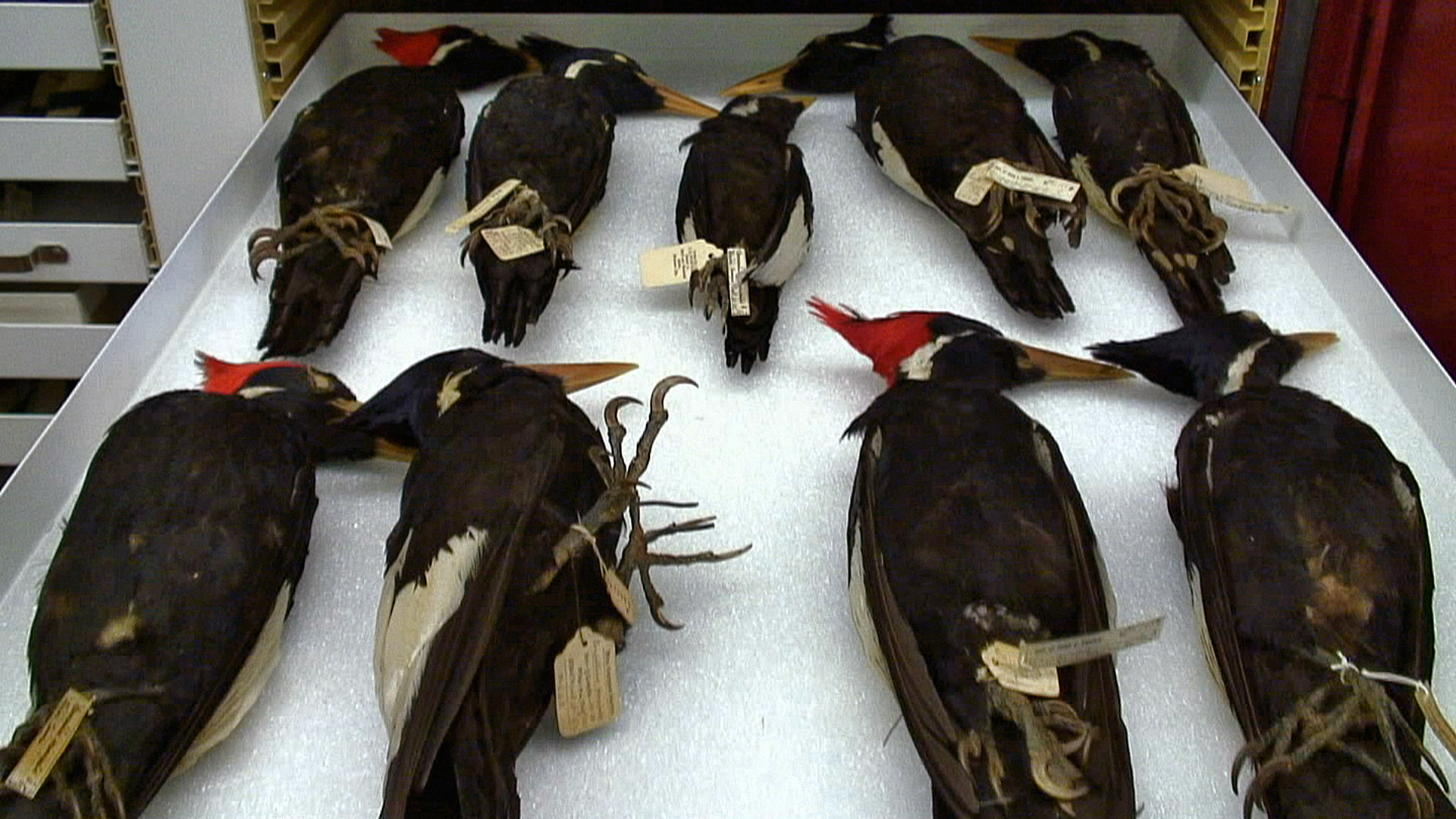 A tray of bygone ivory-billed woodpeckers in 'Ghost Bird'

By turns comic, mesmerizing and deeply poignant, this investigative documentary is reminiscent of the work of Errol Morris in the way it casts a spell while telling a story and building a case. Directed by American filmmaker Scott Crocker, it unravels the mystery of the ivory-billed woodpecker, a magnificent bird that was thought to have been extinct for more than 60 years—until reports of sightings began to emerge from the bayous of Eastern Arkansas. As the sightings are questioned, the filmmakers unearth an incredible intrigue involving a scientific and political cover-up. The ivory-billed woodpecker becomes a talisman for a sad tableau of planetary extinction, set against the backdrop of a depressed Arkansas backwater where residents are hoping an influx of bird-seeking tourists might raise their fortunes. And as if the story weren’t strong enough, Crocker’s camera makes rhapsodic forays into the bayou, letting the watery forest come alive as a character in its own right. 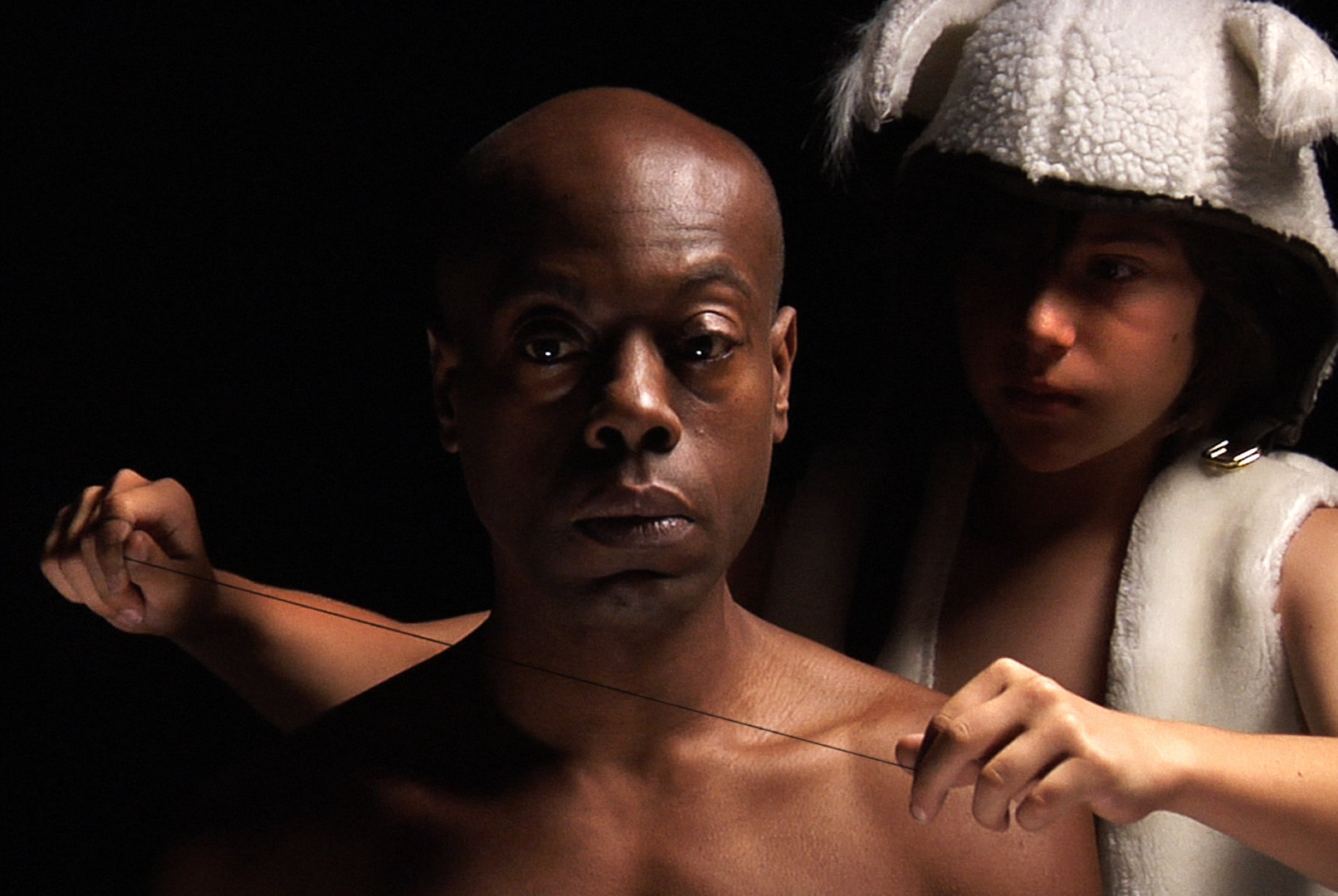 Among the new wave of Ontario filmmakers who emerged during the late ’80s and early ’90s—a group that included Atom Egoyan, Patricia Rozema and Bruce McDonald—one of the brightest lights was John Greyson. But I always felt Greyson had never lived up to the wild promise of his first feature, Zero Patience—until now. Zero Patience (1993), a musical about AIDS, was a groundbreaking, genre-busting work of surreal agit prop. Now Greyson is blazing fresh trails on a related subject with Fig Trees, a documentary opera about AIDS activism. “Documentary opera”—now there’s a genre category we haven’t really heard before. It reminds me of seeing Waltz With Bashir last year, and trying to remember when we’d last seen  an “animated documentary”, which was never—unless you count the previous year’s Persepolis, but it was an “animated memoir.”

Greyson’s Fig Trees is a virtuoso mix of documentary, opera, surreal drama, animation and text. It plays as a split-screen symphony, a swirl of images that move seamlessly from the eloquence of Stephen Lewis to interludes with a singing albino squirrel and an amputee busker. The documentary narrative focuses on AIDS activists Tim McCaskell of Toronto—and Zackie Achmat of Capetown, who refused treatment as a protest in the fight for universal access to anti-viral drugs. The opera itself, which Greyson co-wrote with composer David Wall, soars between wit and tragedy with sublime beauty, while riffing on Gertrude Stein’s subversive 1934 opera, Four Saints in Three Acts. Meanwhile, animated pills are choreographed like elusive magic regiments of Pez candy, and palindromes swim across the screen in a fantasia of text. To my mind, some of Greyson’s films that led up to this one felt incomplete and perversely oblique. But if this experimental masterpiece is what he was all leading up to all this time, it was well worth the wait. 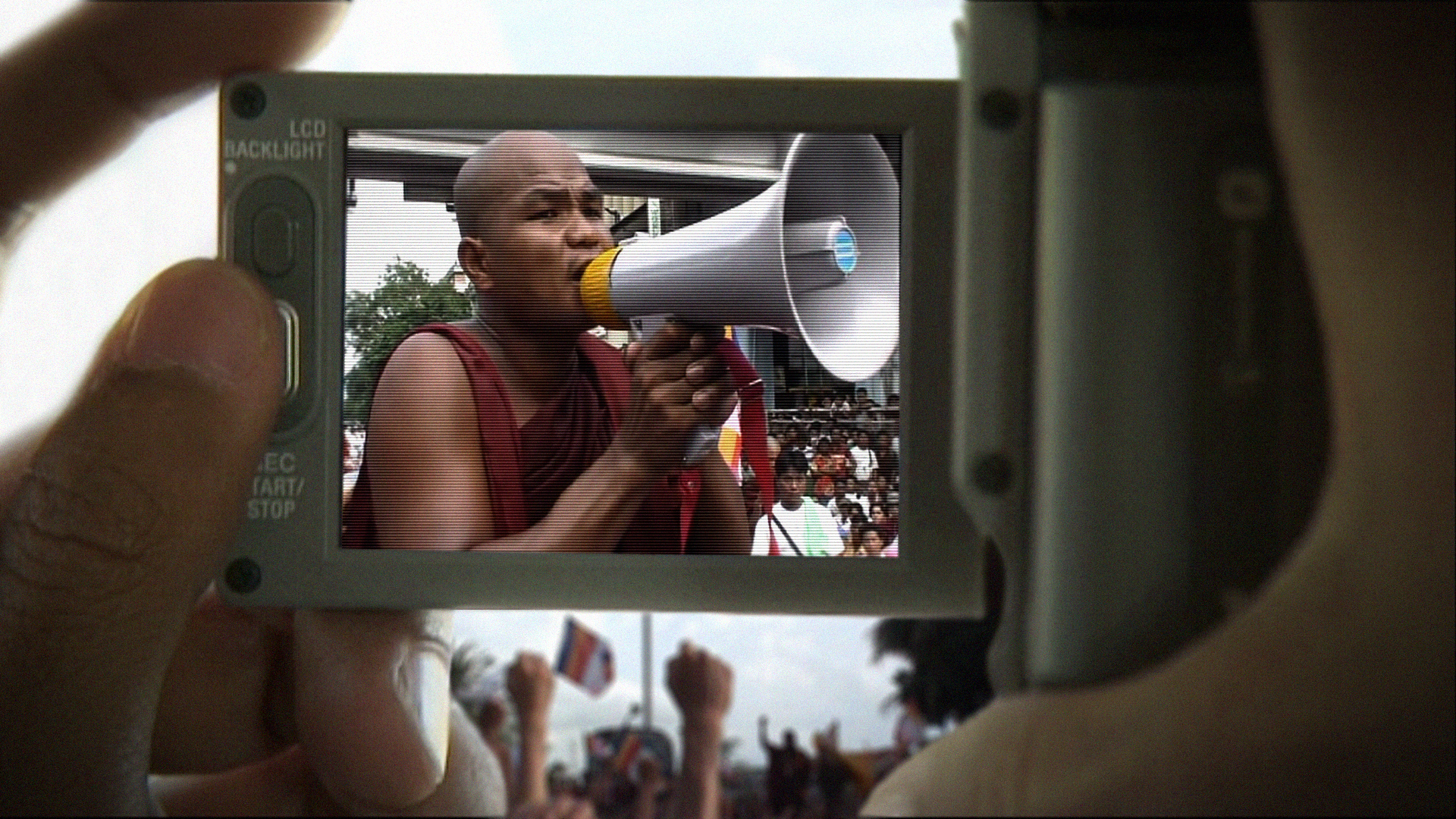 First inspiring, then inevitably tragic, here’s a rare slice of underground verité that offers a moving lesson in the potential—and limits—of digital democracy fighting a regime ruled by an iron fist. Burma VJ is a documentary mosaic of Burma’s 2007 uprising as captured by a small network of daring independent videographers, who shot surreptitiously in the streets on home camcorders and smuggled their footage out of the country via the Internet, risking jail and torture. Directed by Danish filmmaker Anders Høgsbro Østergaard, Burma VJ assembles remarkable footage of demonstrations that gradually grow from small crowds to tens of thousands, as the country’s revered monks lend their weight to the cause. Day by day, we monitor the progress of the struggle from the viewpoint of the network’s exiled leader, who watches from a frustrating distance in Thailand, maintaining contact by cell phone. When the foreign media are banned from the country, the videographers’ precious footage becomes the world’s only link to what’s going on. As the streets swell with protesters, and the military initially holds its fire, and there are moments when it seems the movement will triumph by sheer force of numbers. But without the support of the army, the monks become a target for brutal repression by the ruling military junta. And therein lies the sad and sobering lesson: one moment we are inspired to believe that peaceful protest and digi-democracy can overthrow tyranny—if only the world could see what was happening. But dictators don’t care much for appearances. 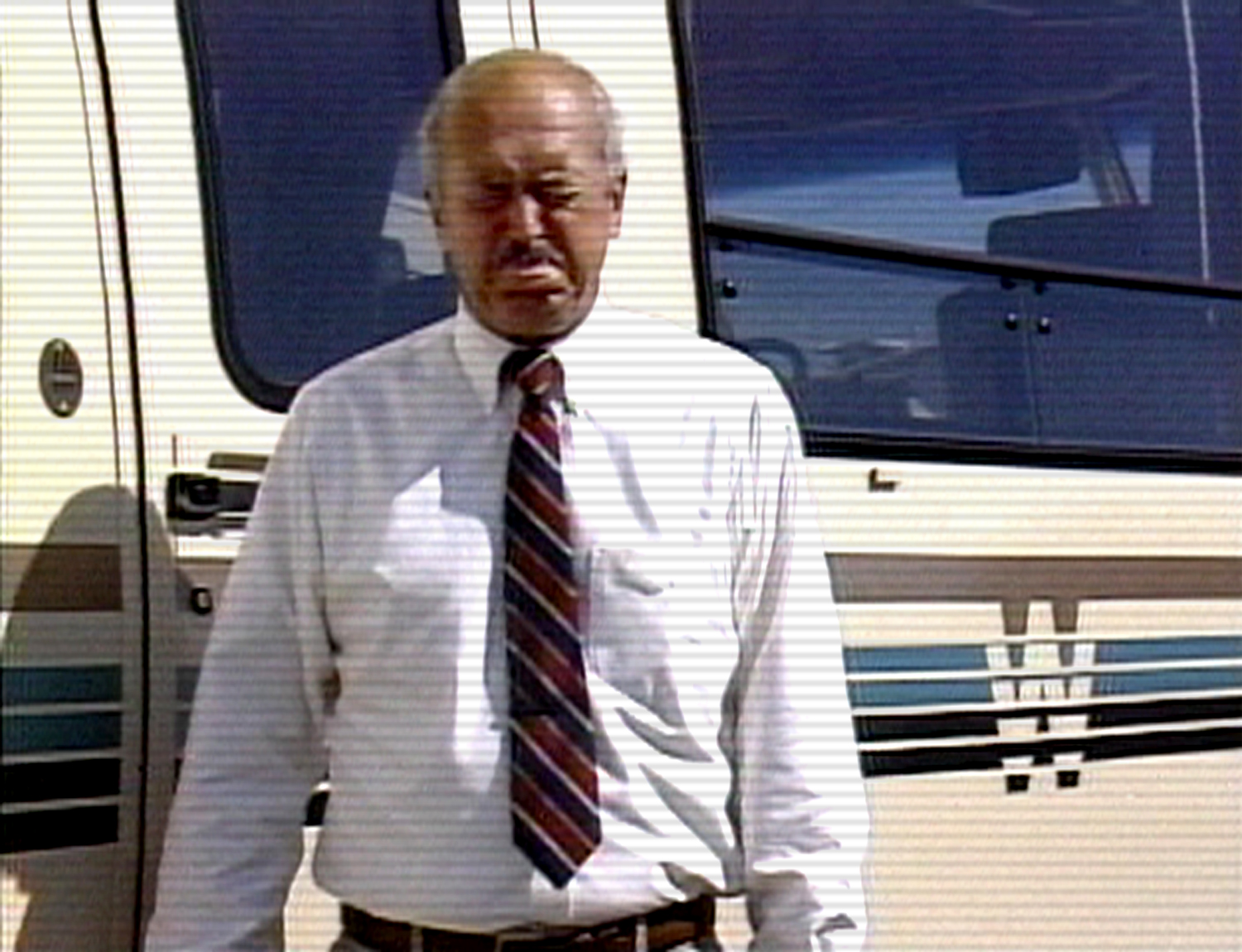 Every documentary festival needs a sweet, quirky, comic, crowd-pleaser about a bizarre pop culture phenomenon, and here’s this year’s model. Before YouTube, before the Internet, even before the advent of the DVD, a video clip of a hapless Winnebago salesman named Jack Rebney went viral on videotape. When Rebney was taping promotional videos for Winnebago, his profane outtakes were taped by a mischievous crew, and saved for posterity. Rebney sank into obscurity but 20 years later his outbursts became a cult item on YouTube, drawing over one million viewers and cropping up as hip references on shows like 30 Rock. The spitting, swearing, fly-swatting Rebney became known as The Angriest RV Salesman in the World. Making himself a lead character in his own movie, director Ben Steinbauer tracks down Rebney, who’s living in seclusion in a mountain cabin, and tries to lure him back into the limelight. An unexpected turn of events gives the director, and the audience, a narrative bonus worthy of Hollywood fiction. The pace gets a bit indulgent, as  the documentary develops into a kind of slow-burn romance between the filmmaker and his curmudgeonly subject. But we’re rewarded with a heartfelt payoff. 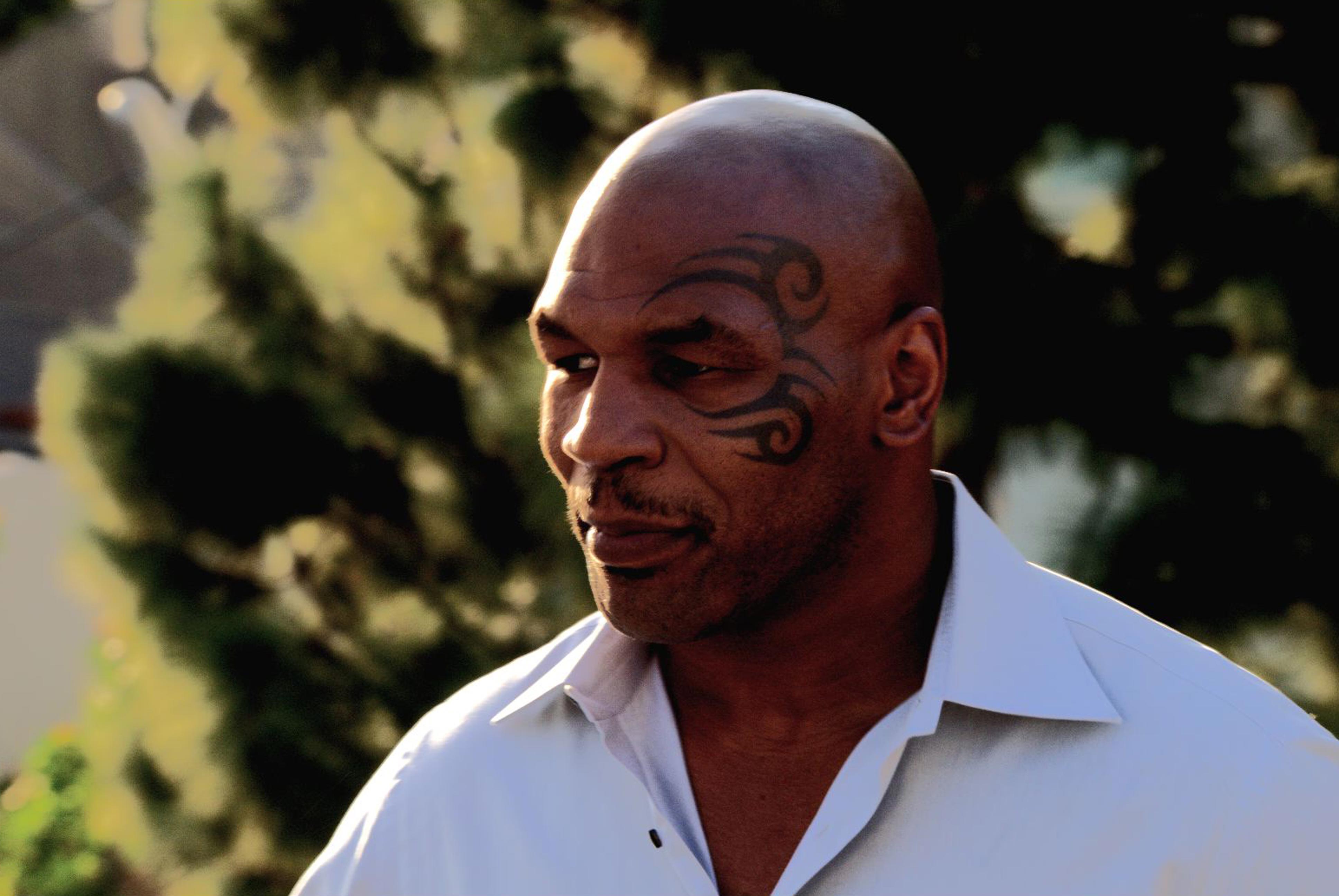 A Maori-tattooed Mike in Toback's 'Tyson'

Here’s another documentary that is happily overwhelmed by the filmmaker’s point of view, although veteran director James Toback (Black and White) stays safely behind the camera. Tyson presents a curious paradox. On the one hand, it’s one of the most slavishly affectionate documentary portraits you’ll ever see, a clear attempt to redeem a battered icon with the qualities of a tragic hero. Mike Tyson’s side of the story, expressed in volleys of quicksilver lucidity, is the only one available. Yet on the other hand, the boxing legend reveals his demons with such raw candour that no one could accuse Toback of hagiography, no matter how much the director loves this guy. Clearly there’s a strong affinity between the filmmaker and his subject, who have both lived lives of sybaritic excess. Almost as disturbing as Tyson’s naked psyche is the heavyweight crush that the director seems to have on this noble savage/idiot savant who has been his New Best Friend since the mid-1980s. But you can see why he’s entranced. It’s like getting a privileged glimpse into something primeval. You can’t take your eyes off it. And ultimately, the morality of this tale is not what makes it compelling. You want a morally upstanding hero? Watch Muhammad Ali. With Tyson we get a character worthy of Shakespearean tragedy. For more on Tyson, and a fresh interview with the director, pick up this week’s issue of Maclean’s. And for my exclusive videos of both Tyson and Toback, shot last year in Cannes, go to: macleans.ca/tyson