Charting the rise of the undead

It’s Halloween week and the stench of zombies is in the air.

There have been zombie walks across Canada, the third season of  The Walking Dead just started and Margaret Atwood is writing a zombie novel.

So … when did zombies become so popular?

By looking at the rise in frequency of zombie movies, books that mention zombies and Google searches for the undead, the answer appears to be: very recently.

Check out this Google trends chart of searches for “zombie” since 2004 and note the steady incline. Interestingly enough, a number of the search peaks are due to news events that reference zombies, and not necessarily game or movie releases.

This increase in interest is also reflected in both the book and movie industry. 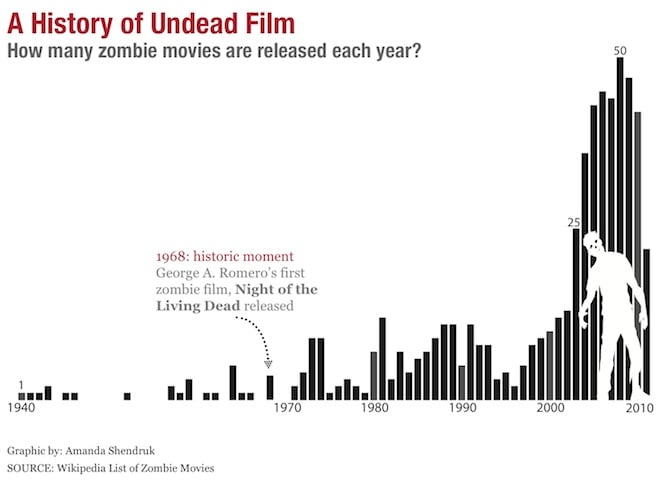 Finally, if we look at the Google books Ngram viewer (an online tool that graphs the number of words or phrases as found in over 5.2 million books from 1900 to 2008 (and is normalized by books published each year) , we once again see how recent our interest in zombies really is. 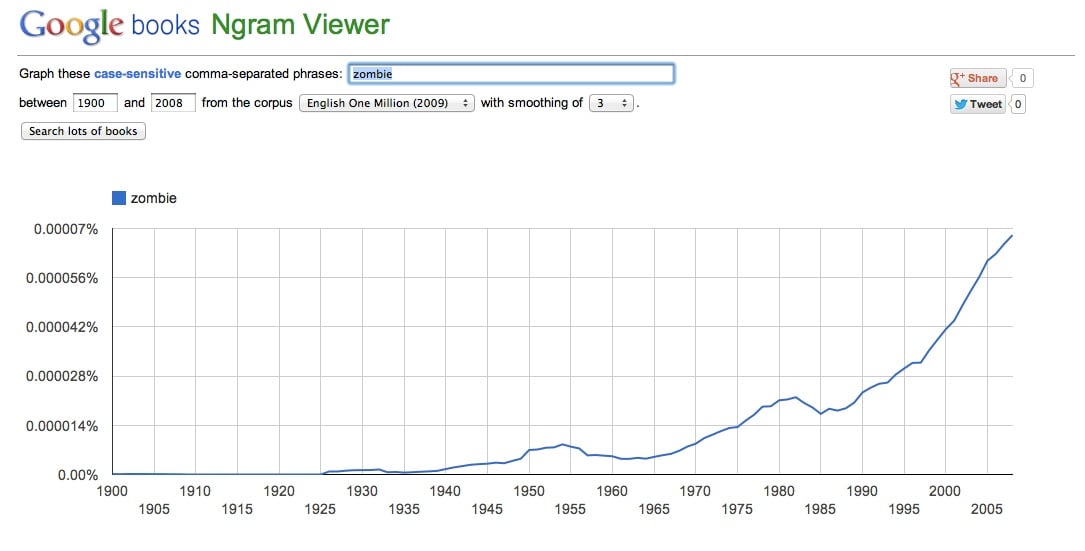 FILED UNDER: SHOW AND TELL