TV: Besides Cops, Lawyers and Doctors, What Else Is There? 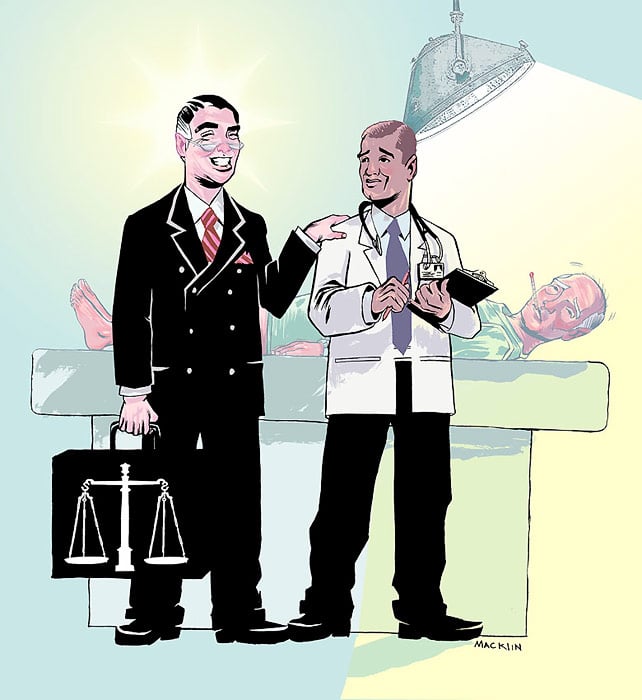 I don’t comment too much on pilot pickups because most of them will never see the light of day. (I want the networks to bring back those summer shows where they burned off the pilots they rejected for the upcoming season.) But on a comment thread on another site, I noticed some understandable frustration that most of the drama pilots fall into the usual categories: Doctor show, lawyer show, cop show. CBS in particular has almost completely given up pretending they care about anything else; no more Jerichos or Viva Laughlins, just more cops, more lawyers, and their highest priority is finding a successful medical show. But most networks are heavily oriented towards crime and doctor shows, with the occasional science fiction or period pilot to leaven the mix. NBC may have ordered a “complex, sprawling” epic ambitious pilot from the creator of Syriana, but it’s still a crime show with cops and criminals when you come right down to it.

So, yes, this can be very tiresome. You look for variety on TV, and what you get is mostly a limited range of shows about a limited range of jobs. But I’m a little more sympathetic to the broadcast networks once I try to think out the obvious follow-up question: what kind of jobs are appropriate for a network TV drama? As I’ve said in the past, most TV dramas are really melodramas — it’s very tough, no matter how ambitious you are, to make a continuing series about ordinary life, because the stakes are too low for 13 episodes a season. Bump it up to 22 episodes or more, as on broadcast TV, and it’s even more imperative to have really high stakes. Meaning that slice-of-life dramas are more or less ruled out. They usually can’t sustain a full season.

That being the case, network dramas need melodramatic situations that can spin off a lot of episodes. But here’s where the choices narrow even farther, because there are other things a network drama needs besides melodrama. There needs to be a setup that can bring in new “cases” every week, not only because the network needs something to promote, but because it provides a self-contained element that new viewers can grab onto — and regular viewers can follow as a diversion in case they’re getting bored with the relationships. (Not every successful show is a serial, but most of them offer something new or interesting in that particular week, which often comes from an outside character wandering in with a case.) And they need to be cases that have some kind of high-stakes, even life-or-death component to them.

Which is why doctors, lawyers and cops are such reliable subjects for a TV series. They have jobs that are about life-and-death issues — mostly death — and allow guest characters and new stories to walk in any time. They spin off stories with clear goals: save a life, win the case, catch the crook. And they are about people who deal with outsiders every day (patients, clients, victims), meaning that guest characters can come in and carry some of the emotional load. All of that makes it much easier to write 22 episodes a year and not run out of big, effective story ideas.

One format that used to be on a level with doctor/lawyer/cop, and was actually more popular than those types of shows when weekly TV drama started, is the Western. Same thing applies there — actually, since so many Westerns revolve around lawmen, it could actually be considered a cousin to the cop show. (Just like the most popular broadcast science fiction series, The X-Files, was literally a cop show.) The TV Western lost its popularity and went away, leaving crime and surgery as the dominant forces in non-soap-opera drama.

Now, just because cop/lawyer/doctor are the most reliable vehicles for a 22-episode season doesn’t mean they should dominate quite as completely as they do. But some types of drama are prevented from coming back by the way shows are produced nowadays. One very effective type of drama is the disguised anthology, like Route 66, where you have two characters driving around and getting mixed up in different types of stories in different places. But no network show today would dare to have only two regulars (whereas it used to be quite common as recently as The X-Files), and the need to have a big ensemble really cuts down on the types of shows you can do.

But there are others. Teacher shows, for example. When I brought this issue up, I had several people mention teacher shows: the teacher at the tough high school is a setup that fits all the criteria — high stakes, ensemble cast, lots of new stories that can walk in the door — but it hasn’t been done much lately. It seems that this is something that networks have forgotten about in their focus on crime, though it’s also true that high school dramas don’t usually hit it big unless they are full-fledged soap operas focusing on the kids. (And if a show starts out as a high school drama about teachers, like The White Shadow or Boston Public, it will be mostly about the kids by the end of its run.) One related idea, given the interest in period drama, is to do a show set at a university in the late ’60s — there are potentially lots of stories to be found in riots, political activism, conflicts among the teachers about said riots and activism. Update: This was in my original draft of the post but somehow got left out: Glee, obviously, is a throwback to the high school drama to some extent, right down to the fact that the adults are de-emphasized in favour of the kids. It’s successful for a lot of reasons, but I’m sure it does help that it stands out from the pack just by being an episodic, easy-to-jump-into show that is not about cops, lawyers or doctors. I think one thing the musical numbers do, though, is combat the feeling that the stories aren’t high-stakes enough. Musicals have a way of making every issue seem big because it’s big enough to sing and dance about.

Then there’s the episodic family drama, like 7th Heaven, the show that just kept going and going even though two different networks were embarrassed to admit it existed. Parenthood is one of the few shows around that tries to do something like that.

Still, these and other genres, while I’d like to see them come back, aren’t as reliable story engines as cop/lawyer/doctor, because there’s just not enough death involved. You know how Sam Spade said that torture doesn’t work unless the threat of death is hanging over it? The same isn’t true of TV drama, but it can be pretty close sometimes: the more the audience fears that someone might die, or at least go to jail, the easier it is to build up dramatic tension 22 times a year. Part of the advantage these shows have, like Westerns, is that someone can suffer big consequences every week. It’s not going to be a major character, unless it’s a special sweeps episode, but at least someone — a guest character, usually — is in danger of death or incarceration. Set the show at a school, or in someone’s home, and even the guest characters probably aren’t going to die most weeks.