'The basic idea for Chroma was incredibly stark'

I’ve never been adept at deciphering classical dance. When the National Ballet of Canada launched their new season last week with a glittering production of Cinderella, I tried my best. The show was universally hailed as a triumph, but from where I sat, I wouldn’t know. I was distracted by a little girl behind me in a satin polka-dot dress, who kept asking the grown-up beside her to explain exactly where we were in the fairy tale. As the grown-up obliged her with endless patience throughout the show, I kept fighting the temptation to turn around and say, “save it for the intermission,” while imagining that’s what Larry David would do in Curb Your Enthusiasm, with disastrous results.  So I spent much of Cinderella scripting Larry David dialogue in my mind, which didn’t help my ballet-challenged brain appreciate the comic ironies of James Kudelka’s choreography.

I’m always more comfortable watching contemporary dance, which requires less erudition, and is often infused with vernacular art forms such as film, animation, modern art, jazz, and pop. Contemporary dance is the most cinematic of the performing arts, and the most elastic—an open invitation to synesthesia—as Robert Lepage, the contortionist king of multimedia stagecraft, has shown with Eonnogata, which enchanted audiences last week at Toronto’s Sony Centre.

All this serves as a prelude to explain why I’m keenly looking forward to the National Ballet’s mixed program of Chroma, Serenade and Emergence at the Four Seasons Opera House (Nov. 24-28). The marquee event is the international premiere of Chroma by British choreographer Wayne McGregor, an award-winning production that that he created for the Royal Ballet in 2006. This is a piece that clearly stretches boundaries. The stark white set was designed by an architect, John Pawlson, and the score, by British composer Joby Talbot, includes avant garde orchestral versions of three songs by the White Stripes. Talbot created them as part of Aluminium, a 2006 album of reworked White Stripes numbers that he recorded with Richard Russell, founder of the band’s label, XL (which also represents MIA and Radiohead’s Thom Yorke.)

I interviewed Talbot yesterday by phone, as he was taking a break from rehearsals to stroll Toronto’s zoo. He explained that Aluminium was Russell’s brainchild. “He’d been getting into classical music and had been impressed by the incredible intensity of it.” Remembering the famous Andrew Loog Oldham Orchestra‘s version of The Last Time by the Rolling Stones, which was sampled by The Verve, Russell wondered why there wasn’t more orchestral adaptation going on—of the adventurous kind, as opposed to those bland symphonic renderings of the Beatles or Led Zeppelin.

“We didn’t want to do some kind of cheesy orchestral tribute to the White Stripes,” Talbot told me. “We wanted to make something that was every bit as cutting edge and cool as the White Stripes themselves. So we chose some of their harder repertory, like the song Aluminum, which is not something people would know unless they’re die-hard White Stripes fans. It was a good starting point because it’s really raw and pared down. There’s just this driving guitar riff and this howling, wordless, screaming vocal.” 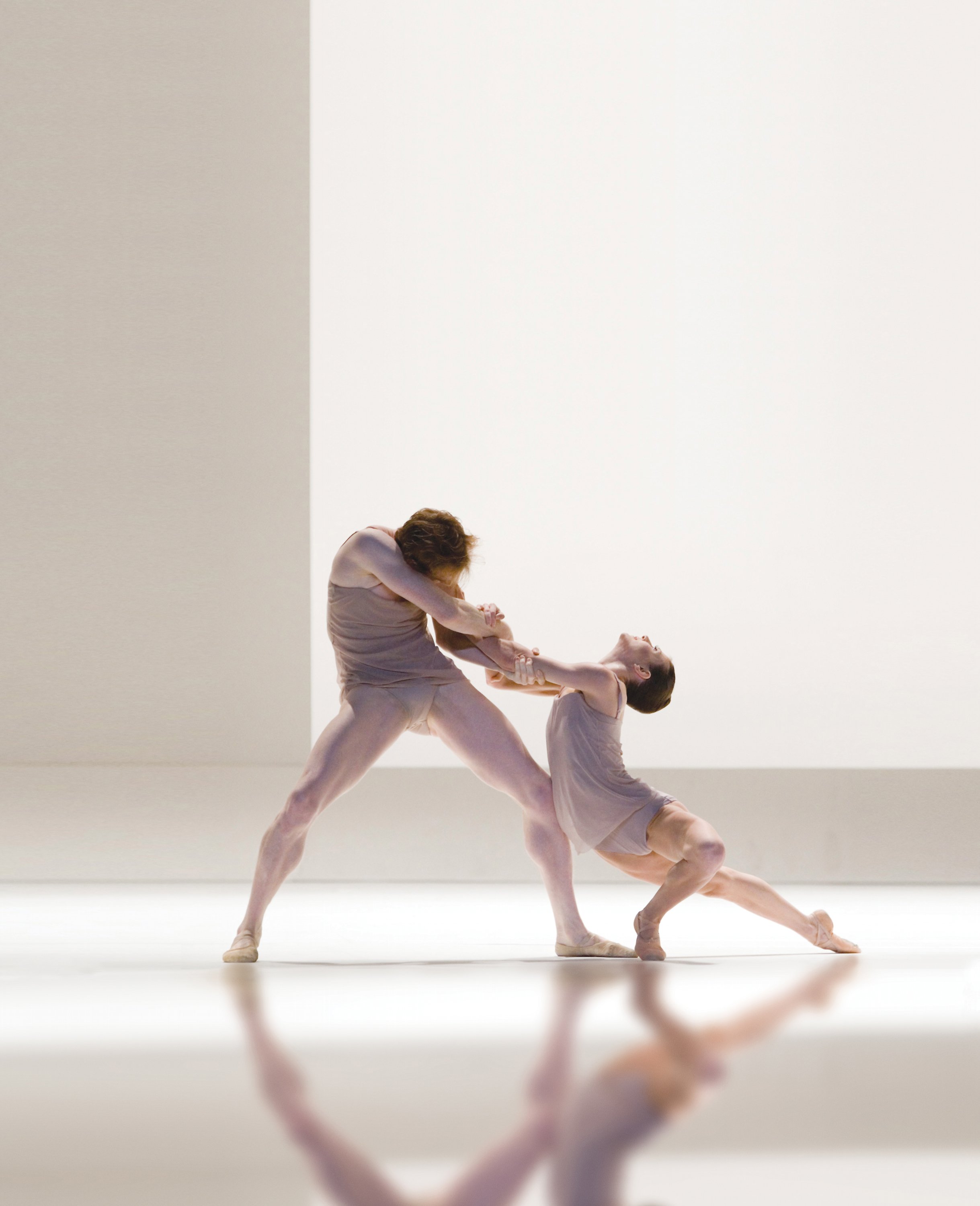 The 2006 Royal Ballet production of 'Chroma.'

Talbot and Russell recorded Aluminum, plus two other White Stripes songs, then with Jack White’s approval completed an entire album, Aluminium (with the Brit-tweaked spelling)—which a 30-piece orchestra performed at a secret gig in an underground parking lot, opening for White’s band, ?The Raconteurs?.

Talbot had just mixed the album when he first met McGregor, who approached him to score Chroma for the Royal Ballet. “He came across a piece of mine called Hovercraft, but he still needed a load of other music. Then he heard some chamber pieces of mine that were very tranquil and static and suspended. The basic idea for Chroma was incredibly stark, and he loved the juxtaposition of these slow, emotionless pieces of chamber music and these incredibly harsh rock music adaptations.”

The novelty, of course, is that The White Stripes is one of the world’s most economical hard rock bands, with just two members. So how do you transpose the music to a full orchestra?

“With an orchestra,” says Talbot, “you gain this vast spectrum of sounds, this amazing colour palette, but it’s so easy to lose the intensity. Rather than just two people banging it out in absolute synchronicity, you’ve got 50 people and the whole intent can be so easily dispersed. We tried everything to make it the opposite—more intense.”

The rule was to use none of the instruments on the original, no drum kit, no guitar, no vocals. “We had to recreate all those elements with the different instruments,” Talbot explains. On the song Aluminum, for example, various instruments simulate guitar feedback. On the White Stripes original, “the first thing you hear is the sound of this amp turned up way too high, humming ominously—Jack White doing battle with feedback. We used violins playing behind the bridge, which creates this totally crazy, uncontrolled, high-pitched, disembodied screaming noise. We combined that with a cymbal roll, a high harp glassandi and the pianist playing inside the piano—he’s got his foot on the pedal and his finger inside running over the strings. Then we have strings and horns, and everybody takes the big thumping guitar line.”

When they originally recorded Aluminium with the Royal Opera House Orchestra, Talbot recalls, “it was culture shock.” But Toronto’s orchestra “has taken to it like ducks to water after just two rehearsals. They’re the most amazing bunch of musicians. I’ve never enjoyed working with an orchestra so much. That kind of rock ‘n’ roll aesthetic seems to be running through their veins.”

The National Ballet has already profaned tradition by dipping into the rock ‘n’ roll lexicon. In 2007, it staged Rooster, set to a recorded score of Rolling Stones hits. That sounds middle-of-the-road compared to Chroma. The National Ballet’s production marks the international premiere of the piece, which will staged next year by the San Francisco Ballet then the Bolshoi in Moscow. Talbot is also scoring the National Ballet’s new full-length story ballet, Alice’s Adventures in Wonderland, by choreographer Christopher Weeldon.

Meanwhile, as part of this week’s mixed program, I’m also looking forward to the remount of Crystal Pite’s Emergence, a brilliant piece scored by Vancouver composer Owen Belton. But then I have a special interest in it. After seeing Emergence, and discovering Owen’s music, I commissioned him to compose the score for Yesno, a BravoFact short that I produced and directed, which premiered at TIFF. And, if I can conclude this with some shameless self-promotion, the next Yesno stop on the festival circuit will be at the 10th anniversary Whistler Film Festival (Dec. 1-5).