Why it's time for Canada to grow up

The Canadian model works, so let’s boost immigration and triple our population 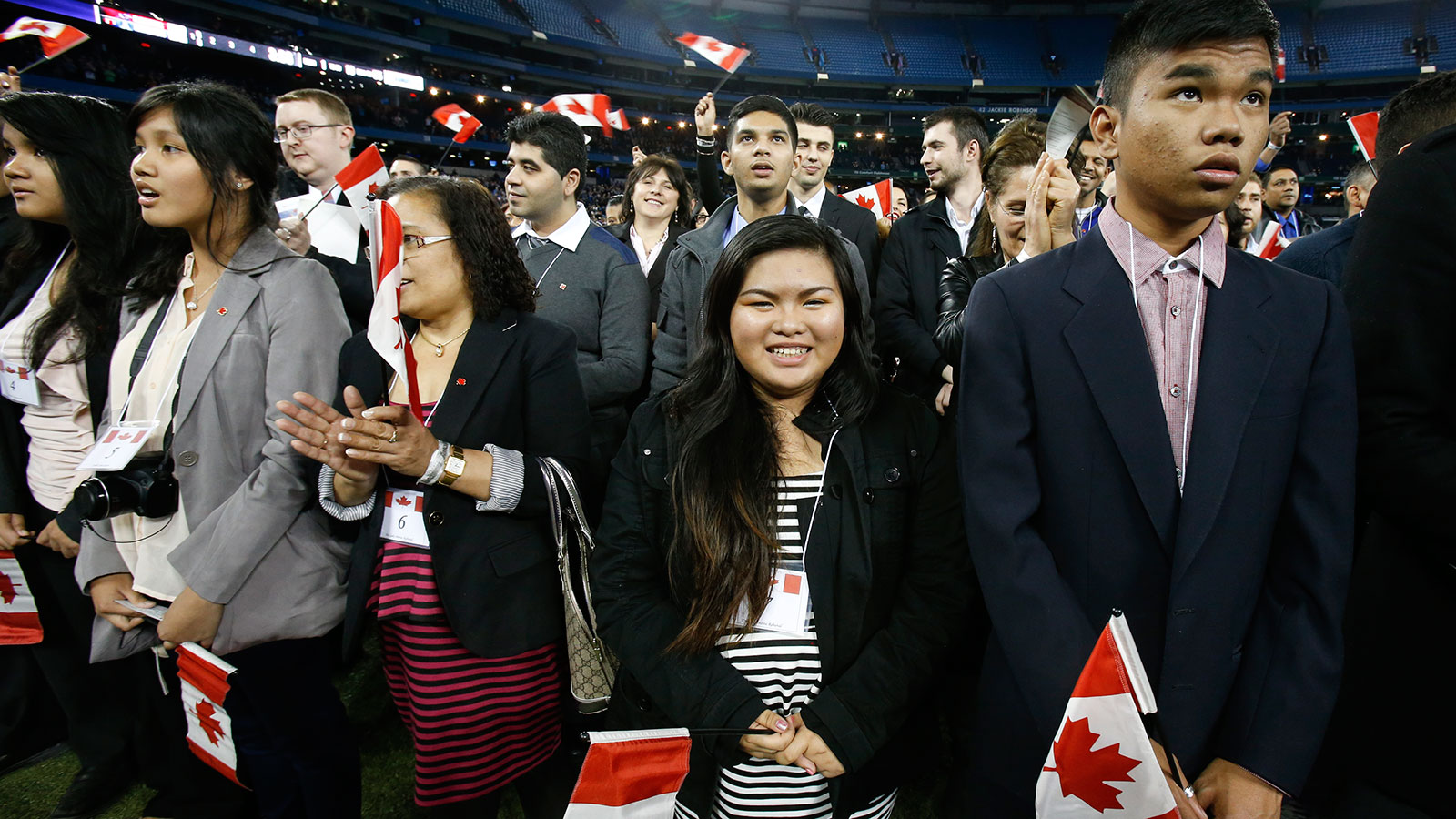 According to newly released data, Canada’s population growth is slow and getting slower. This is bad news. Great nations are not made from fewer workers, fewer youth and more retirees. If Canada wants to thrive, if we want to influence the world, we will have to change this. We need immigrants and we need lots of them.

Canada is doing well. As we approach our 150th birthday, we are rated among the world’s most peaceful, prosperous and admired nations. The Canadian experiment is, objectively, a success.

Parliamentary histrionics conceal this achievement. Each party warns that the other will reduce Canada to smoking rubble. Yet there is consensus on the economic system, the welfare state, the political framework, the legal system and the social norms. The great questions of nation-building are settled here. The lack of disagreement on fundamental issues feeds the “narcissism of small differences,” which reduces our political class to braying schoolchildren. Our politicians are reduced to stamping and frothing about housing allowances and marijuana laws.

The Canadian model works, but we are simply too small to ensure that this will continue to be the case 50 or 100 years from now. It is time we began to scale it up.

While Canada is ranked second in the world by reputation, we are 37th by population. Statistics Canada’s newly released report “Population Projections for Canada” shows our growth is now stunted. Our birth rate continues to fall and the 258,000 immigrants we accepted last year are not enough to meet our labour shortages or significantly expand our size. Unhappily, as our growth slows, our aging accelerates. The number of retired Canadians is now predicted to increase from 15 per cent to 25 per cent over the next 15 years. Simultaneously, our working-age population will shrink from 69 per cent to 60 per cent—fewer hands feeding more mouths.

Doug Saunders of the Globe and Mail has, in the past, convincingly argued that Canada should embrace prime minister Wilfrid Laurier’s dream of a significantly larger and more muscular nation. Saunders proposes we set a target of 100 million by the end of the century. Put more simply, let’s triple the size of Canada.

It would not be hard. Now at 34 million people, we would only need an annual growth rate of 1.3 per cent to reach that target. Assuming our fertility rates remain low, this means an additional 186,000 migrants annually, bringing our total immigration numbers to 444,000 per year. This may sound like a lot, but we could absorb them easily. By comparison to most cities around the world, Canadian urban areas are sprawling and empty. Even if we doubled our immigration numbers, the lineup at Tim Hortons would stay the same. It would only increase our workforce by one per cent per year, a number that our economy could easily engage, especially if we continue to recruit and favour skilled and educated migrants.

More immigrants mean more minds, more hands and more tax dollars. There is a misconception that new arrivals are a net drain on our economy. In fact, they are more entrepreneurial and work longer hours than average Canadians. The added muscle would make us smarter, stronger and louder.

As of this month, Ontario university enrolment has begun to decline due to our changing demographics. An influx of immigrants would turn this around and help grow our campuses into academic centres that matter globally. Likewise, our arts and cultural institutions would thrive. Instead of acting as feeders for Hollywood, the Canadian film industry could stand on its own, with a large domestic market beneath its feet. Magazines and newspapers would have enough circulation to pay the bills, and theatre companies could survive in both Montreal and Moose Jaw.

Bigger tax rolls mean more money for the large-scale infrastructure investments that we currently cannot afford: Arctic harbours, high-speed rail and clean energy. It would also mean more money and more bodies for a larger military. We would no longer need to rely on lonely snowmobiles to protect our northern sovereignty. Our trade weight would increase, too. We would maintain our position as the United States’ most important trading partner.

A larger country would also mean a larger voice. At 100 million, we would have a critical mass of culture and people to project ourselves internationally. As Saunders puts it, Canada would be “capable of influencing and bettering the world, rather than simply being buffeted in the world’s tides.” With a larger military and larger federal budget, we could make greater contributions to peacekeeping and relief efforts. We would play a bigger role in the multinational bodies that matter to us, and we would matter more in the bilateral relations we need.

Unfortunately, for now, the immigration rate is a sensitive topic rarely discussed in polite society. This needs to change. The public is mature enough and smart enough to understand that opening our doors to the best and brightest will only be good for Canada. We recognize that 96 per cent of us are of migrant stock ourselves. Our political leaders would do us a service and themselves credit by asking a simple question: “Is it time to scale Canada?”