Why these are great times we’re living in

Today, science and technology reign supreme; humanities were for the good old days. 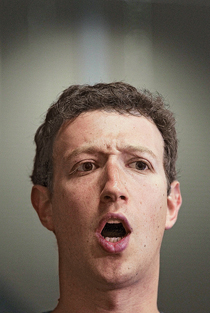 At some point, usually when humans turn 60, we lament the decline of our culture. No one speaks or thinks with the same clarity as 30 or 40 years ago. Is the pinnacle of mankind’s creative spirit to be reality television and accidental billionaires in dot-com ventures? The conversation is utterly predictable, incredibly tedious, but, be honest, haven’t you had it? Even Steven Spielberg lamented the decline of his milieu—filmmaking—in a recent interview.

Woody Allen’s film Midnight in Paris was a play on this. Allen’s present-day hero longs for the golden Paris of the ’20s and its “lost generation” of writers and artists like F. Scott Fitzgerald and Pablo Picasso. Having stumbled back into the period via a time machine in the form of an antique car, he falls for a girlfriend of Picasso’s who in turn longs for the Paris of the belle époque, the 1890s world of Toulouse-Lautrec. The handy time machine takes them there, only to find that M. Lautrec and friends long for the golden world of the Renaissance.

But no matter how clever this film nostalgique, it doesn’t quite reassure us about our own times that seem so threadbare, culturally speaking. I mean, rap music versus Lerner and Loewe or chick lit versus Edith Wharton. We played chess and bridge, not Sniper Elite on a PlayStation. Downhill all the way.

More helpful is a line in the extraordinary film The Social Network based (with liberties) on the life of Facebook founder Mark Zuckerberg. Early on, Zuckerberg in his Harvard nerd days gets dumped by his girlfriend. Fictional or not, this sort of moment comes to all men (and women), and there are a number of ways of coping with it, including getting drunk (which in the movie Zuckerberg does) or eating lots of chocs—my solution. Zuckerberg goes back to his dorm and after a particularly nasty blog post about the size of his ex-girlfriend’s bosom, confronts his roommate with the excited demand to “give me the algorithm.” This is said with the same force that Shakespeare’s Richard III famously invoked with his line, “A horse, a horse, my kingdom for a horse.”

The line opened a window for me. I have no earthly idea what an algorithm is apart from it being some sort of process that calculates steps toward a function—and that definition pretty much comes from Wikipedia. Something about Euclid rings a bell from high school but not in any way that has actual utility. I put English subtitles on for the remainder of the film because the vocabulary at times eluded me—it’s a new language.

Different ages have different strengths. Historians write about the Age of Science or the Age of Reason or, as in Will Durant’s analysis, religion versus science. Human culture has, minimally, two dimensions (probably dozens more) of science and the humanities and there will be periods when each predominates. The best brains simply follow the times. I cannot possibly comprehend what sterile neutrino oscillations are, but a particle physicist would, and as it happens Dr. Georgia Karagiorgi of Columbia University does and she just won a major award in experimental particle physics.

This goes to another point—I’m on a slight tangent here—namely that women have always been among the “best brains” in the scientific world. Madame Curie usually surfaces now, but my favourite early female scientist is Mary the Jewess, who lived sometime around the first and third centuries AD and invented many chemical apparatus including the double-boiler (thus leading to the modern phenomenon of Shabbos brisket).

Science and mathematics are as fertile a field for creativity as philology and philosophy and it would be hard to dispute the genius creativity of Mark Zuckerberg who, having got his algorithm, writes the script to express the comparative “hotness” of girls in the college residences. For any maths person who has stumbled accidentally into this column: having given each girl a base rating of 1,400 plus some other value, the comparisons can be expressed by

Ideally we’d all be literate in science and humanities. Thus C.P. Snow’s famous “Two Cultures” lecture. Arthur Koestler was culturally bilingual, compulsively readable—though he lost me in his comparison of psychokinesis and quantum physics in The Roots of Coincidence. All very well for Koestler to say that it was incongruous for those of us illiterate in science and technology to complain about those who were literate, but few people bridge the two cultures. High literacy in either field is rare by definition—in both, almost unheard of.

Turner Classic Movies held its annual film fest last week—bear with me, this is not a complete tangent. I watched Liza Minnelli and Robert Wagner walk the red carpet. (Cruel world—some icons are best kept in cold storage.) I tuned out of the interviews, dreading repetitions of “how wonderful TCM is” from faded stars talking to TCM host Robert Osborne. Then I heard Peter O’Toole. Asked what he would tell actors today, he simply said, quoting the Bible, “the word . . . and in the beginning was the word and the word was made flesh.” In his (better) time, he said, actors didn’t need special effects, only words.

O’Toole is a highly literate artist. Faced with a movie based on an “algorithm,” he might have acted superbly. Unlikely that he would have understood that particular “word” any better than I did. We are from a period when humanities were more the vogue. Now is a time for technology and science. It would be superhuman not to prefer the time that coincides with my own peculiar sense, but algorithms notwithstanding, a magical time it is.