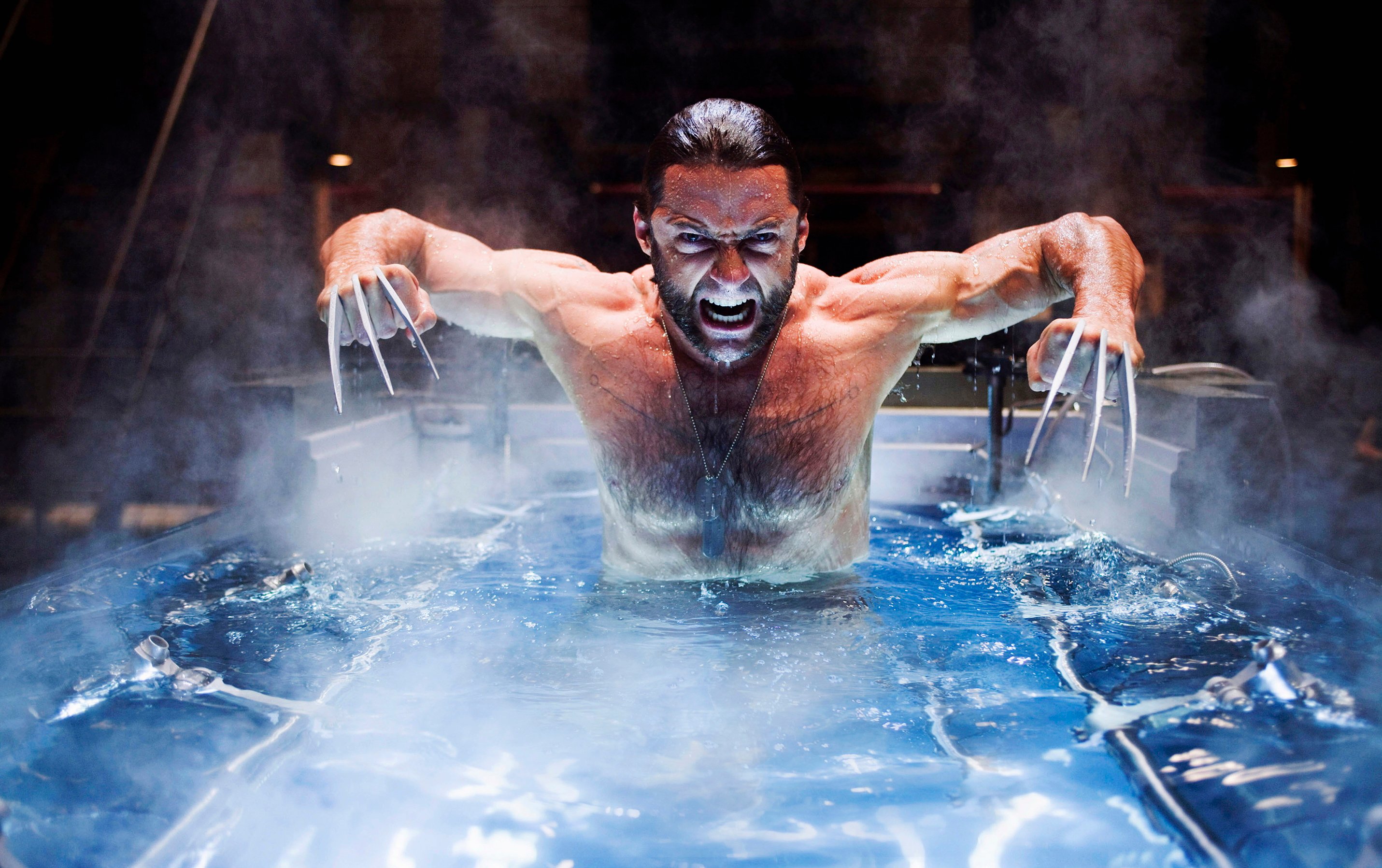 If you’re a massive fan of X-Men, or happen to worship the ground that Hugh Jackman walks, claws, growls, sings and dances on, you might want to stop reading right now. I’ve never taken more than a distant interest in this franchise, and never really understood its appeal. I realize that Jackman has his charms, and he vanquished a lot of skepticism (mine included) by proving to be an entertaining Oscar host. He’s quite the showman. But I still find his personality lacks the dimensional definition of his physique. As an actor, he’s a solid technician, able to muster brooding intensity and malevolent rage as if pumping emotional iron without breaking a sweat. But there’s no there there. Jackman’s like a 21st-century male beefcake version of Raquel Welch. He wears his body like a costume. And any actress who bared her breasts on film as consistently as he flashes his pecs would never get taken seriously.

But he does seem to be the closest thing to a movie star in this franchise of mutant superheroes. And with X-Men Origins: Wolverine, the multi-taloned Hugh Scissorhands really gets to strut his stuff. Not only that, he gets to be a Canadian lumberjack.

The story spins a Cain-and-Abel saga of two feral brothers, Logan/Wolverine (Jackman) and Victor/Sabretooth (Liev Schreiber), who slash their way through history with retractable claws. Even before the opening credits have finished, they’ve gouged a bloody trail through the American Civil War, the Second World War and Vietnam. Led by Stryker (Danny Huston), a sinister colonel, they’re on a covert U.S. mission in Nigeria when Logan finally loses his taste for mutant special ops. Leaving behind the bloodthirsty Victor, he tries to make a new life as a lumberjack in the Canadian Rockies, where he shacks up with a vaguely aboriginal babe (Texan Lynn Collins) and tries to keep his claws retracted while wielding a chain saw and and axe—until the bad guys, led by Stryker and Sabretooth, track him down and force him back into the fray. Which prompts an exchange that’s sure to get a laugh from local audiences:

“Your country needs you,” says the colonel.

Canadian fans may also get a frisson from the fact that the brothers’ ancestry is traced back to a primal scene in the Northwest Territories in the 19th century. But the film’s mutant menagerie seems quite devoid of nationality. It includes samurai swordsman Wade/Deadpool (Canadian Ryan Reynolds), psycho-kinetic card shark Remy LeBeau/Gambit (Friday Night Lights‘ Taylor Kitsch); and Wraith, a nimble teleporter played by Will.i.am, the lead singer of the Black Eyed Peas. . . . Taylor Kitsch?? Will.i.am?? You gotta wonder what’s up with the world when the actors have wilder names than the comic book characters they portray. Like Jackman, these are all performers who seem to be cast as much for their sex appeal as anything else. The X-Men are not unlike a rock band. But they’re a generic rock band, with Huston chewing the scenery as the manager-from-hell, a Dr. Frankenstein Redux.

Schreiber is the one really strong actor in the bunch, and he seems over-qualified in this lightweight company. He brings scary heft to Sabretooth, but his performance has an unfortunate resonance with the role he played in a more serious tale of brothers-in-arms—in Defiance, as Daniel Craig’s vengeful sibling in a true story of resisting the Nazi Holocaust. As Schreiber hurtled through Wolverine‘s fantasy scenarios, I kept getting inappropriate flashbacks of him in the grim forests of Belarus. And it didn’t help that Wolverine is, for a comic book movie, remarkably humourless.

It makes you wonder about the vagaries of filmmaking careers. One moment you’re carving real-life heroism out of the Holocaust, and the next you’re tearing a strip off comic book mutants with your fingernails. Look at Wolverine‘s director, Gavin Hood. The man made his name with Tsotsi, an Oscar-winning drama that salvaged hope from the violence of South Africa’s townships, then he followed it with Rendition, a dramatic indictment of American-sponsored torture by foreign governments. So I guess Wolverine is his dessert course. God knows, he’s entitled. The man has paid his dues and earned the right to make a pointless action blockbuster. And to be fair, he’s done a decent job of directing this prequel, which has some well-crafted pieces in it—notably a climactic showdown set amid the nuclear monuments of Three Mile Island. But you have to ask: why?

No matter how well-staged, the action doesn’t make much sense, and the story is a tedious muddle. We watch one duel after another as semi-indestructible mutants try to destroy each other. But if you and your enemy are both somewhat invincible, does that just mean you have to stab/hit/throw him really hard in order to do damage? Just where do you draw the line? After a while, the super-powered logic escapes me. As for Jackman, he certainly puts up a good fight and wears those drag-queen claws as if to-the-manicure-born. But while I’m told by comic book cognoscenti that this X-Men movie is a cut above the others, to my eyes it’s strictly Gen-X: generic acting and generic action.