Blown away by Xavier Dolan's 'Mommy' 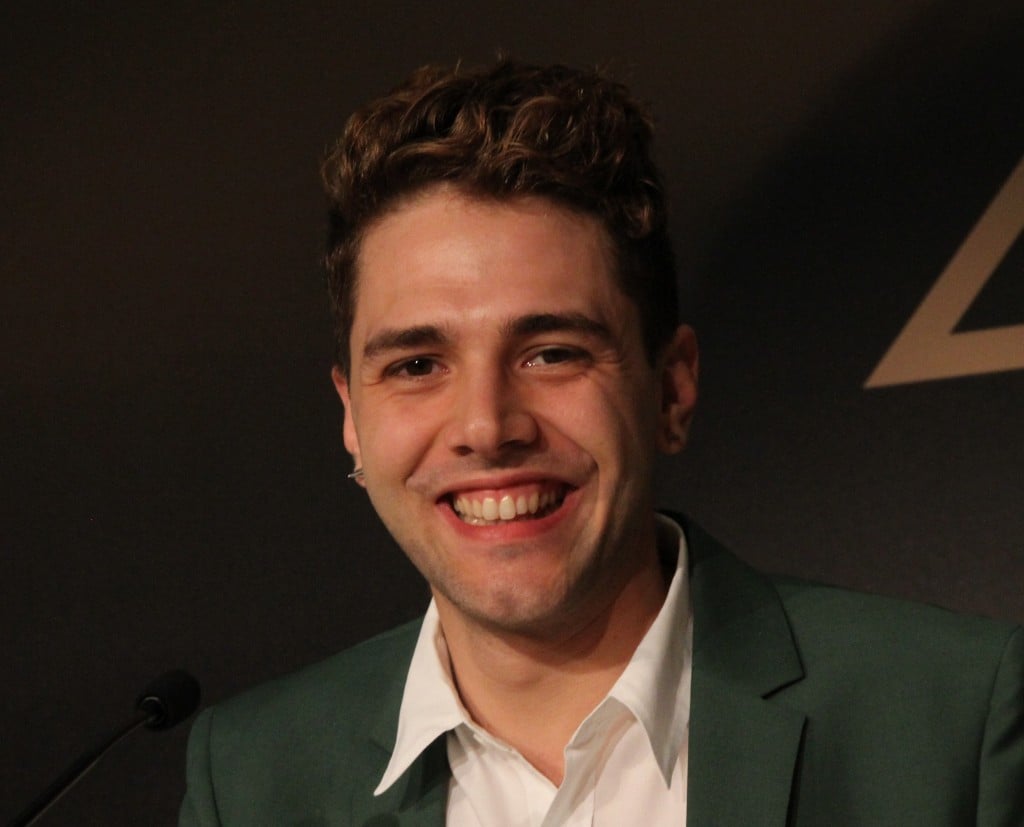 Xavier Dolan’s film ‘Mommy’ picked up nine honours at the Canadian Screen Awards — including Best Picture — on March 1, 2015. Maclean’s Brian D. Johnson first saw the film at Cannes in May 2014. Here’s what he had to say at the time. (Spoiler alert: The film went on to win the Jury Prize at Cannes.)

Xavier Dolan, Quebec’s 25-year-old enfant terrible, has blown open the Cannes competition by delivering the one thing it has lacked until now: a gale-force blast of raw, unrelenting emotion. On Wednesday, Mommy—Dolan’s fourth feature and his first in competition here—played to a rapt audience at its evening press screening. Now, as the rave reviews roll in, Dolan is being hailed as a strong contender for its top prize, the Palme d’Or. If he takes it, he would be the first Canadian to do so, and the youngest winner in the 67-year-old history of the festival—Steven Soderbergh was 26 when he won the Palme in 1989 for his feature debut, Sex, Lies and Videotape.

Juries love to make history. And this year’s jury president, Jane Campion, did that herself when she became the first female director to win the Palme d’Or with The Piano (1993). Campion has expressed her dismay at the traditional dearth of films by women, in Cannes and elsewhere, and neither of the two in this year’s competition (Alice Rohrwacher’s The Wonders and Naomi Kawase’s Still the Water) are especially strong. While Dolan is a guy, Mommy is more of a “woman’s picture” than any of the 18 films in competition we’ve seen so far. If it doesn’t take the Palme, the powerhouse performance by Anne Dorval in the title role should trump that of both Julianne Moore (Maps to the Stars) and Marion Cotillard (Two Days, One Night) for the best actress prize.

Dorval played another embattled mother in Dolan’s autobiographical debut, J’ai tué ma mère (I Killed My Mother), which won the Camera d’Or for best first feature in Cannes. Mommy reworks the same Freudian minefield of mother-son conflict. But this is a very different and more mature film than the one that ignited the director’s career five years ago. But the tables are turned: Dolan’s first feature was told from the viewpoint of a petulant brat, but this time the film’s sympathies are squarely with the mother, who, Dolan insists, bears no resemblance to his own. In Mommy, Dorval creates a wonderfully modulated performance as the trashy yet dignified Diane “Die” Duprès, a widowed working-class mother who struggles to make ends meet while caring for her volcanic 15-year-old son, Steve (Antoine Oliver Pilon). Afflicted with ADHD (attention deficit hyperactivity disorder), the boy has just been released back into her custody after setting fire to the school cafeteria. (Arson is all the rage with Canadian filmmakers these days—in David Cronenberg’s Maps to the Stars, Mia Wasikowska’s character is released from an institution after setting fire to the family home; and burning down the house is at the heart of Ryan Gosling’s feature debut, Lost River, which played in the sidebar program, Un Certain Regard).

For what is essentially a three-character drama, Mommy tests our patience with an indulgent running time of two-and-a-quarter hours. The story’s third wheel, played by Suzanne Clement (of Dolan’s Laurence Anyways), is a neighbour on leave from her teaching job, who is stricken by a stutter after a nervous breakdown. She helps out in taking care of Steve, and becomes another target for his tirades of violent abuse. The profane intensity of the dialogue, delivered in blistering Québécois slang, also tests our limits. But somehow Dolan maintains the dramatic momentum throughout, and Dorval’s heartbreaking performance drives the story home with searing emotional impact. 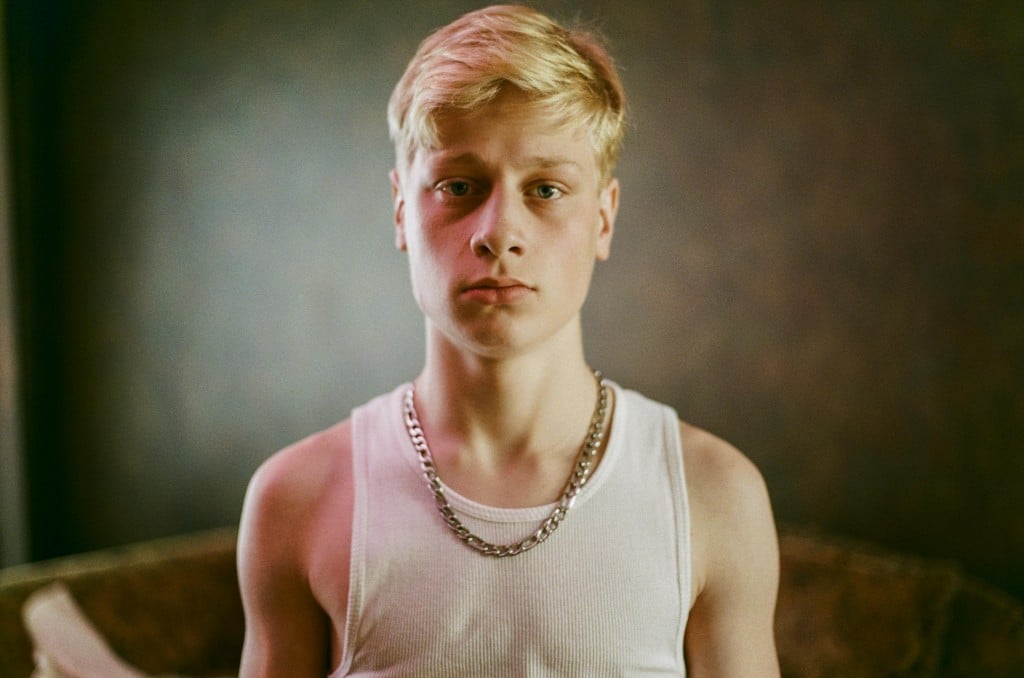 What’s remarkable about seeing this film in Cannes is that even here the movie’s visceral joual French is a foreign language. Dolan’s choice to remain true to his roots, and deliver the Quebec vernacular in such raw form, like a latter-day Michel Tremblay, is a brave one, considering his international ambitions. The accents are so thick that the movie is being projected with both English and French subtitles. But that’s also true of Quebec director Stéphane Lafleur’s droll, deadpan comedy, Tu dors Nicole, which premiered to an enthusiastic response in the Directors’ Fortnight program. In that case the French subtitles seem insulting, given that the Québécois dialogue is much less exaggerated, and perfectly comprehensible.

One of the most audacious—and some would say affected—things about Mommy is Dolan’s decision to shoot almost the entire film in a square 1:1 aspect ratio, the frame favoured by Instagram. If cinema’s original extravagance was the wide screen, in a world of wide screens, that’s a novel way for an auteur to assert his authority. Tightly framing the characters, it leaves no room for the viewer’s eye to wander. In today’s press conference for the film, Dolan explained that he wanted to eliminate the distractions that fill the sides of a wide frame. Within the square frame, “the gaze of the spectator is imprisoned,” he said. And, it goes without say, so are the characters.  It would constitute a spoiler to reveal at what point in the movie he suddenly expands that frame, but it elicited a rare burst of spontaneous applause at the press screening.

Dolan is aware that he’s a wunderkind phenomenon. An actor from the age of four, he has now made four movies in five years and landed on cinema’s most prestigious stage. But he says, “I feel neither young nor old. I just feel like I’m trying to do the right thing in order to tell a story that haunts me. There’s a lot of craft to learn from. When I saw Titanic it dawned on me that there was an actual thinking in filmmaking, an order of things. It was so ambitious it gave me faith in crazy and ambitious ideas. I’m not afraid of that. I’m not afraid that people will not like it. I have fears. I have the fear of falling on those red steps.”

Insofar as Cannes is the Olympics of world cinema, a Palme d’Or can be seen as a national triumph. So I had to ask Dolan if that would belong to Quebec or Canada. Laughing, he visible squirmed at the political trap being offered up. “I’m from Quebec and Quebec is in Canada—that’s a fact we know for sure,” he said. “I feel my movie is Québécois but should we win anything at all, it would just be an extraordinary message to people my age and my generation. That would be the way of seeing it rather than a victory for a country. But I’d rather brace for nothing and just prepare for getting up that damn carpet tonight.