From one Trudeau budget to another

It’s been 48 years since the Liberal government of Pierre Trudeau put out its first budget, and with the release of Prime Minister Justin Trudeau’s first budget this week, it’s interesting to see how much the country has changed over that time. Study that first budget in 1968 and it quickly becomes apparent how much better off the economy was at the time to what Justin inherited.

This chart shows the relative performance of real GDP in the six year’s leading up to each Trudeau’s first budget. 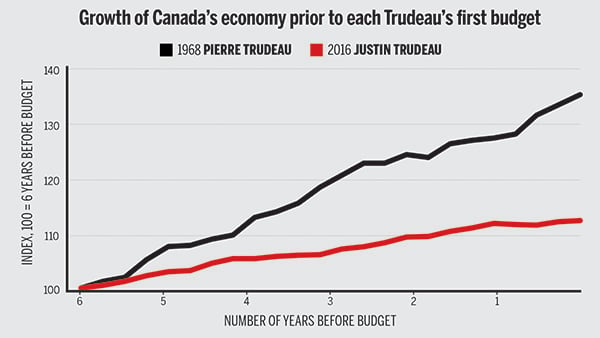 As our video explains, there was one big advantage Pierre had over Justin at the outset of their first terms, and it will continue to hang over the current government as it attempts to live up to its economic growth promises. 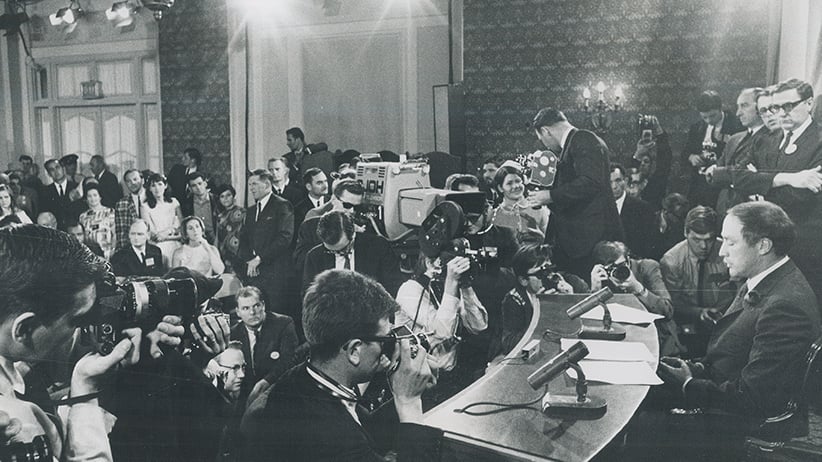