How Canada can live up to its commitment on emissions 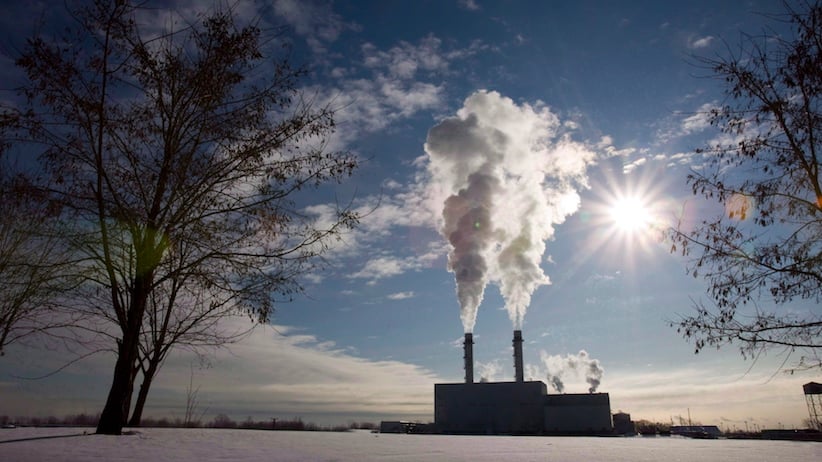 I don’t envy Canada’s first ministers. The bright lights of last December’s Paris Climate Change summit are a distant memory now. So is the Vancouver first ministers’ meeting where they committed in their declaration to: “Implement GHG mitigation policies in support of meeting or exceeding Canada’s 2030 target of a 30 per cent reduction below 2005 levels of emissions, including specific provincial and territorial targets and objectives.” The time is fast approaching for first ministers to tell us how they will meet their joint commitment. So far, they haven’t shared many ideas on how to coordinate their disparate carbon policies to achieve our national target of 524 Mt by 2030.

As a thank you for making their ambitious pledge in Paris and perhaps to offer some encouragement to continue to work together, we offer a proposed solution to the carbon policy coordination problem. The proposal is laid out in a forthcoming Institute for Competitiveness and Prosperity white paper written with Felix Boudreault and Chris Frankel. Our proposal won’t make everyone perfectly happy or eliminate the hard work needed to achieve our target, but it is both technically and, we believe, politically feasible. Most important, it is a lot better than Canada’s previous approach of making pledges and then failing to take the action necessary to achieve them.

Our proposed mechanism for coordinating carbon policies has five steps:

The first step is to use economic modelling and forecasts of economic activity, energy prices, and technological progress to plot the path of carbon prices needed to reduce annual emissions from their current levels to 524Mt in 2030. This price trajectory will be used to enact a federal carbon tax. We discuss the tax further in Step 3.

Although this step will likely be the most contentious, it is not technically demanding, given step one. Further, while highly desirable, provincial agreement is not essential to making the coordination mechanism work. Each province’s allocation of emissions will be consistent with the national benchmark carbon price and the sum of provincial targets will be equal to the national target by construction.

Our approach relies on what we have described elsewhere as an “economic efficiency” approach to sharing the burden of emissions reduction among provinces. While other allocation methods exist, such as basing allocations on historical shares or equal per capita emissions, those allocation methods involve difficult judgments regarding fairness.

This step lies at the heart of the coordination mechanism. Provincial carbon taxes paid would be credited against federal carbon taxes owing. If carbon tax provinces chose to levy their carbon tax at the same rate (or higher) and on the same base as the federal tax, they would receive all the revenue and no tax would be payable to the federal government. Likewise, if cap-and-trade provinces set their emissions caps equal to or below the targets consistent with the national carbon price trajectory, all permitted emissions would be exempt from the federal tax. Emissions eliminated by provincial regulations would, by definition, be untaxed.

Linking provincial carbon markets is central to ensuring that Canada achieves its target at minimum cost. The federal government would require that all provincial climate policies: i) allow the use of offset credits; ii) expand the types of projects and sectors from which offsets can be generated; and iii) mandate that provincial systems allow the trade and use of offsets credits from other jurisdictions.

The cost of reducing emissions differs greatly across industries and provinces, suggesting there are substantial benefits to giving high-abatement cost industries unrestricted access to lower-cost Canadian emissions reductions. While this access will be beneficial to high-cost emitters, it would also mean that revenues from provincial schemes may be redistributed among provinces—something that B.C. and Alberta currently prohibit.

Access to international carbon markets provides an additional way for industries that face a particularly heavy burden to reduce emissions to manage costs. Such emitters should also be given access to emerging international carbon markets to meet a significant portion of their compliance obligations. Access to lower-cost emissions reductions is key to ensuring that Canadian firms can compete internationally while Canada meets its 2030 target. As with step four, the drawback of this element of the mechanism is that a portion of provincial or federal revenues will flow to other countries.

Coordinating federal and provincial policies to achieve our 2030 target will not be easy, especially given the significant differences between provincial economies and policies. However, we believe that Canadian federalism is up to the task—if we can call upon the genius that has helped us address great national challenges in the past. Climate change is one of those challenges.

Paul Boothe is a fellow of the Institute for Competitiveness and Prosperity.