Saying goodbye to an innovator in Canadian social policy

Many tens of thousands of Canadians are better off because of the social policy work done by Peter Nares.

On Tuesday night, a good friend of mine passed away. His name is Peter Nares. I am writing about him because, even if you have never heard of him, you should know that he had a big impact on social policy in this country.

He was a former youth worker, a drummer and a great gardener. He was also a social policy entrepreneur and, in a time when we’re sorely in need of more policy innovation and collaboration, I want you to know a little more about the work he did and how he worked. 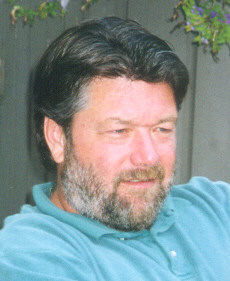 Peter started his own organization, today called Prosper Canada, after a community-based pilot project proved successful enough that he had a platform to launch from. That’s a big part of how Peter worked – doing the work to show that a policy idea had promise and then making it into something that would last. Investing in evidence-based policy making is, thankfully, now back en vogue. Peter’s legacy points to the importance of trial and testing but also to the value of embracing risks to try out things that may (or may not) work and moving to scale when you have a winning idea. Serious investment in policy innovation isn’t just about the value of the dollars we flow annually into evaluation or measurement. It also requires a reserve of gumption to try things that are new (and maybe even sound a little crazy) and a good stock of patience.

Here’s another important point about how Peter worked: policy innovation doesn’t happen through monopoly over an issue or an idea. It happens instead through contributions, big and small, that bridge egos, sectors and ideologies too. Here is a partial list of some of the enduring policy changes that Peter contributed to:

– Self-Employment Benefits for eligible Employment Insurance claimant that helps a little more than 8,000 EI claimants get back into the labour force by starting their own small business. This is in part because of Peter.

– The Canada Learning Bond and the Accelerated Education Savings Program that offer grants and matching savings incentives to lower and modest-income families who are saving for their children’s higher education. More than 700,000 low-income kids in Canada now have a bit of money set aside for college or university in part because of Peter.

– Low-income parents no longer have to worry about being penalized if they are on welfare and open a Registered Education Savings Plan. This is in part because of Peter.

– Over 110,000 Canadians with disabilities, many of them children who will outlive their caregiving parents, now have a Registered Disability Savings Plan. With the associated federal grants and matching savings incentives, they will have more financial security. This is in part because of Peter.

– There is now a national commitment to improve the financial well-being of Canadians through financial information and education, alongside consumer protection. This is in part because of Peter.

Finally, Peter knew a lot about how to read people and how to pitch an idea to a skeptical audience. He had the finely-tuned instincts of a youth-worker used to talking kids through a crisis. I think the drumming and the gardening probably helped too, giving him a sense of timing and the seasonality of social policy ideas in this country. Peter was always himself, whether speaking with a federal Minister, a bank executive or a community organization. He was likeable and he built trust. He managed to win over four federal governments from three different parties. Peter knew that we don’t make progress on difficult or wicked policy problems without both the courage of our convictions and a genuine willingness to listen and learn.

I don’t know how many tens of thousands of Canadians are (or will be) better off because of Peter’s work and his way of working, but there are a lot of us.  I will miss him very much.