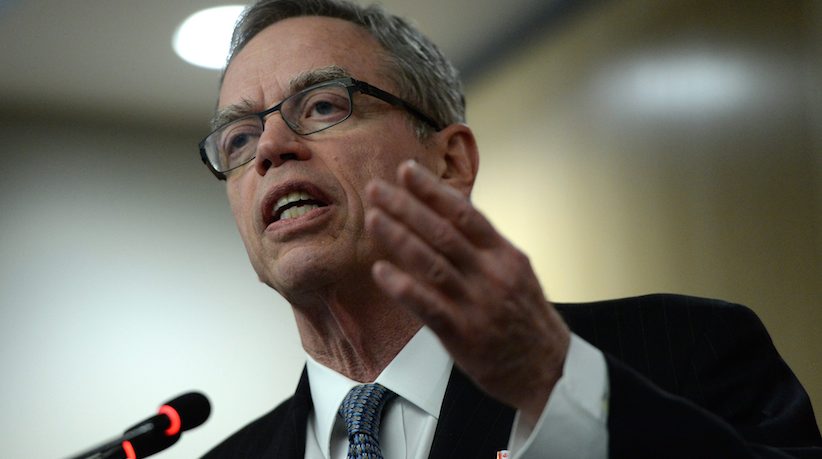 Five years ago, Justin Halpern started a Twitter account based on quotes from his dad. Some of the quotes were weird. Some were disarming. Some were really funny.

I know Finance Minister Joe Oliver hasn’t been hailed as the government’s best communicator. I kind of think there’s something about his deadpan delivery…  Also, he hasn’t been unwilling to make a grandiloquent statement for the government.

Minister Oliver recently used a speech in front of a Toronto business crowd to announce new balanced budget legislation. You can read about it here, here, and here.

Minister Oliver used the speech to say a lot of things. Inspired by Halpern, here I offer a some pull-quotes from the minister’s speech (which you can read in its entirety here). I also offer a few charts to look at with the quotes.

Decide for yourself what you see.

“The personal federal tax burden is at its lowest in over 50 years.”

Figure 3: Federal revenues from personal income taxes, as a % of GDP

“Chrétien responded to a deficit crisis by hiking taxes.”

“[Our predecessors in office introduced] some of the biggest tax hikes in Canada’s history, accompanied by unprecedented cuts to programs and transfers.”

Figure 6: Provincial own source and transfer revenues (% of GDP)

“Services like public health care, at the core of what it means to be Canadian, faced a terrible crisis.”