Three wars in Iraq and their impact on oil prices 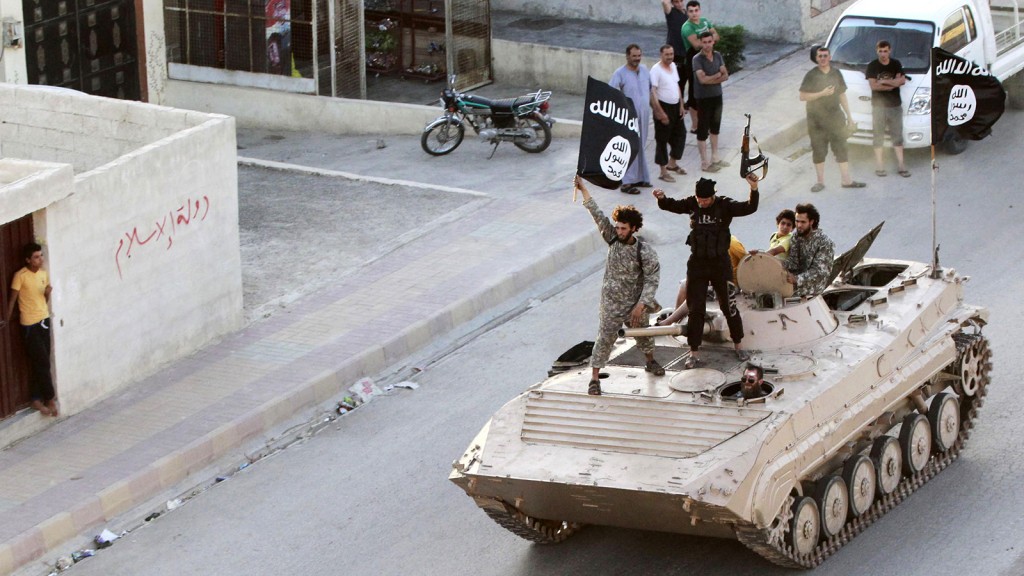 One of the puzzles of plummeting oil prices is that crude has kept falling, even as the U.S. and other nations have gone to war, again, in Iraq (and Syria). Given the inherent risk to supplies posed by the rapid spread of Islamic State militants and the ensuing allied air strikes, one might assume oil prices should be rising. Iraq is the world’s eighth-largest oil producer, and its output last year, of three million barrels per day, was at the highest level it’s been since at least the 1980s. The fact that the price of oil is instead going the other way is seen as a sign of underlying weakness in the petroleum market, reflecting a growing supply glut and falling demand. I touched on that point in a recent column.

But, as it turns out, war in Iraq, on its own, at least, tells us little about where oil prices might be headed. Granted (and thankfully), we have a limited data sample—the Gulf War in 1990, the invasion of Iraq in 2003 and this latest conflict—but, as the chart below shows, in the three months leading up to the start of the previous two conflicts, and the three months following, oil prices reacted far differently. 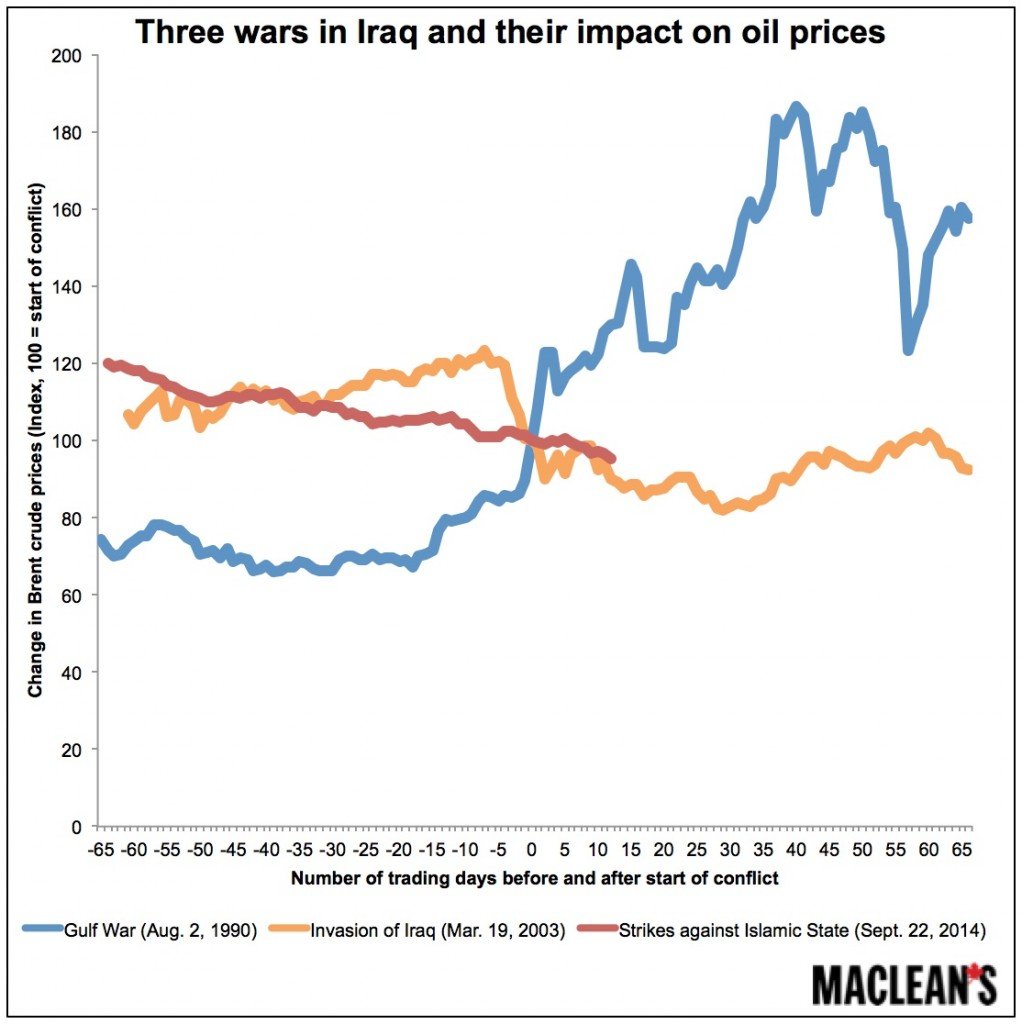 So far, the response of oil prices to the ongoing conflict in Iraq and Syria looks more like 2003 than 1990. It could be that the world is becoming desensitized to conflict in the region. Six months is also an admittedly limited time frame, though I kept it at that to try to isolate the immediate impact of the conflicts.At this point, the allied effort has mostly been confined to aerial bombardments; the number of troops on the ground is still very small, so the comparison to the previous two wars is not perfect.

Of course, the price of oil at any one time reflects countless factors. The fight with Islamic State militants is just one. If prices keep falling, this conflict will be just one part of the explanation why.