Osheaga co-founder Nick Farkas has a thing for string lights 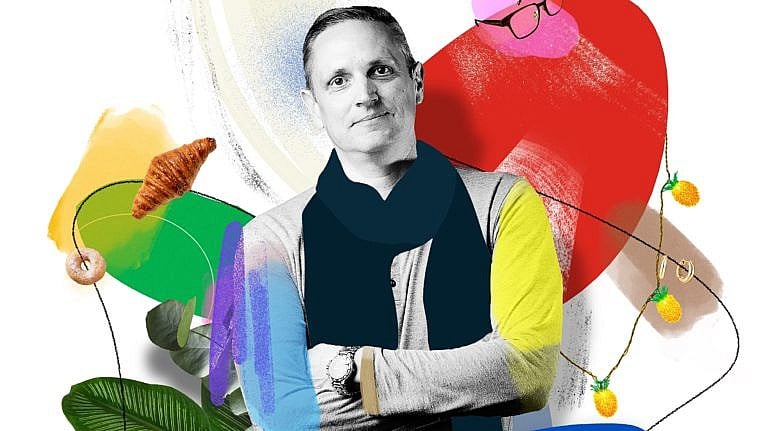 After a two-year hiatus, Montreal’s Osheaga Festival takes over Parc Jean-Drapeau from July 29 to 31. Leading up to the event, co-founder Nick Farkas loaded up on plenty of coffee and doughnuts. He also dove into festival prep, buying show-stopping string lights to decorate the golf cart he uses to tour the packed park grounds.

I finally bought a new pair of tortoiseshell reading glasses ($505). My old ones had gotten so bloody scratched up that wearing them was like looking into a glazed nightmare. I headed to my optician, Alain Assedo in Westmount, and was like, “Help, I can’t see!”

I picked up some potting soil ($9) for the eggplants and tomatoes in my vegetable garden. I grew a 25-foot tomato plant two summers ago. My office in the Bell Centre, on the other hand, is basically a home for wayward house plants. I’m back to work now, but during the pandemic, I went in once a week to water them. It was just me, the plants and the security guard.

I’ve been collecting outdoor string lights for 25 years—it’s an obsession. I put them up over our deck every spring. This year, I decided on pineapple-shaped lights ($25), and I bought silver ones ($23) for my golf cart at Osheaga. The lights help us keep track of the carts. They’re surprisingly easy to lose.

My family and I live a 10-minute bike ride from downtown Montreal, so I cycle to work, but only if the weather is decent. I was a bike messenger for four years when I was in college, but I do not bike in the snow anymore. I bought a new chain ($35) from Velorang in Notre-Dame-de-Grâce.

My wife, Leslie, has a milestone birthday coming up, so I took our daughter, Alex, to a shop called Suetables to get her mom a pair of earrings ($28). Alex is 15 going on 21, and she’s very knowledgeable about things like jewellery. Malcolm, my 12-year-old son, gave Leslie a black hoodie with two shrimps on the front ($60). It’s from Satay Brothers, a great Singaporean restaurant in St. Henri. We eat there quite often.

I buy a hell of a lot of coffee—cortados, macchiatos, espressos, cappuccinos. Every Saturday morning, I get coffee and croissants ($20) for the family from Café Bazin, which is next door to Antonio Park’s restaurant. It’s a special ritual that came out of the pandemic.

I bought mini doughnuts ($72) from DoughNats for Malcolm’s birthday party. They’re super small, so you can try a few different ones, and they have creative flavours like banana poutine and Mickey Mousse. I grabbed three dozen and they were a huge hit. Malcolm had two straight COVID birthdays, but this year we were able to have a party outside. Seeing him and his buddies running around the park—and not in front of a screen—was heartwarming.

—As told to Lora Grady