What if the Toronto-Waterloo corridor really becomes the next Silicon Valley?

Uber, Microsoft and Intel are the latest tech heavyweights to invest and expand in the Toronto-Waterloo corridor—but buzzy names alone won't make the region the next big thing 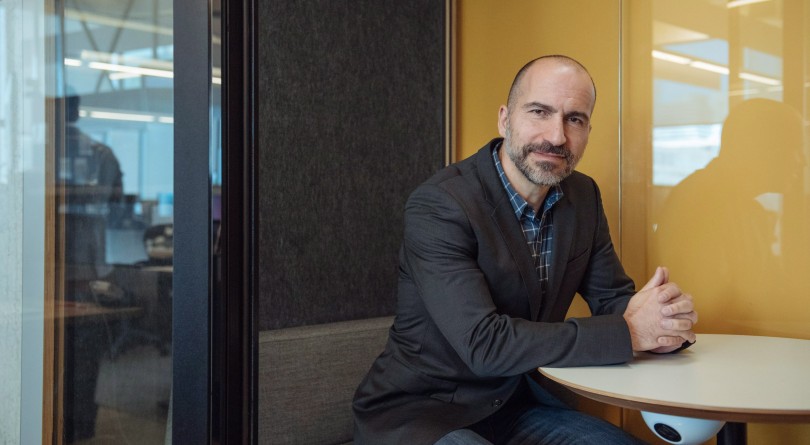 Uber CEO Dara Khosrowshahi poses for a portrait at one of the company's offices in Toronto, Thursday, September 13, 2018. (Galit Rodan/CP)

Given Uber’s new experiments in the world of driverless cars, it seems only appropriate that Dara Khosrowshahi, the ride-hailing tech company’s CEO, would suggest that the company’s decision to invest and expand in Canada was self-driven.

“For us, it was much more about talent than any business incentive. We’re on the hunt for engineering talent,” Khosrowshahi said at a press conference on Thursday at Toronto’s MaRS Discovery Centre, announcing a new engineering hub in early 2019, the expansion of Uber’s driverless-car lab, and a $200-million investment over five years that would also swell the employee head count here to 500. “It’s about having technology talent that is building services that’s located here so that they understand what it’s like to live in Toronto and build services that are appropriate.”

But to solely take him on his word—that Uber’s coming to Canada just because it wants to be the best it can be—would be to ignore a trend line that has made itself explicit in the last year: Silicon Valley is looking north, specifically to the Toronto-Waterloo tech corridor, and seeing an opportunity.

Months after Amazon announced that Toronto had made its shortlist of contenders for its $5-billion second headquarters, and Google announced its bold plan to convert a swatch of waterfront into a “neighbourhood built from the internet up,” two more tech heavyweights revealed plans to expand their footprints in Canada’s biggest city. Microsoft, whose headquarters were already just up the highway in Mississauga, is planning on opening a new office in Toronto’s downtown core and adding 500 jobs by 2022, as well as another 500 entry-level and internship positions. And Intel is set to restart its graphics processing units program by engineering and designing them in Toronto, bringing the company’s hardware expertise to bear in a city with manifold AI opportunities after Canada’s pioneering work in machine-learning AI. Major companies like LG and Samsung have made their own moves to establish AI labs in Toronto, too.

Members of Justin Trudeau’s Liberal government, which has worked to smooth visa applications for tech workers and has travelled to the Bay Area to seek out funding, have been quick to crow about these successes. “More proof that our innovation & skills plan is working,” tweeted Navdeep Bains, Canada’s minister of innovation, science, and economic development, in the wake of Microsoft’s announcement. “Our govt is creating the right economic conditions to attract investment in Canada.”

The work to woo that investment, of course, began well before the Liberals’ three-year-old government—stretching back decades to investments by various levels of government across political lines. And there has certainly been plenty of big-name tech investment in other Canadian cities, like Montreal (Facebook), Edmonton (Alphabet’s DeepMind) and Ottawa (Apple). Still, it’s hard to ignore what feels increasingly real: the dream of the Toronto-Waterloo tech corridor as a second Silicon Valley—an idea long mooted and promoted by Canadian politicians—might actually be taking shape.

“It’s always bit fraught to say ‘a second Silicon Valley,’ because those comparisons are never exact,” says Sean Mullin, an economist and the executive director of Ryerson University’s Brookfield Institute for innovation and entrepreneurship. “But there’s certainly been an acceleration in the pace of growth in this area.” 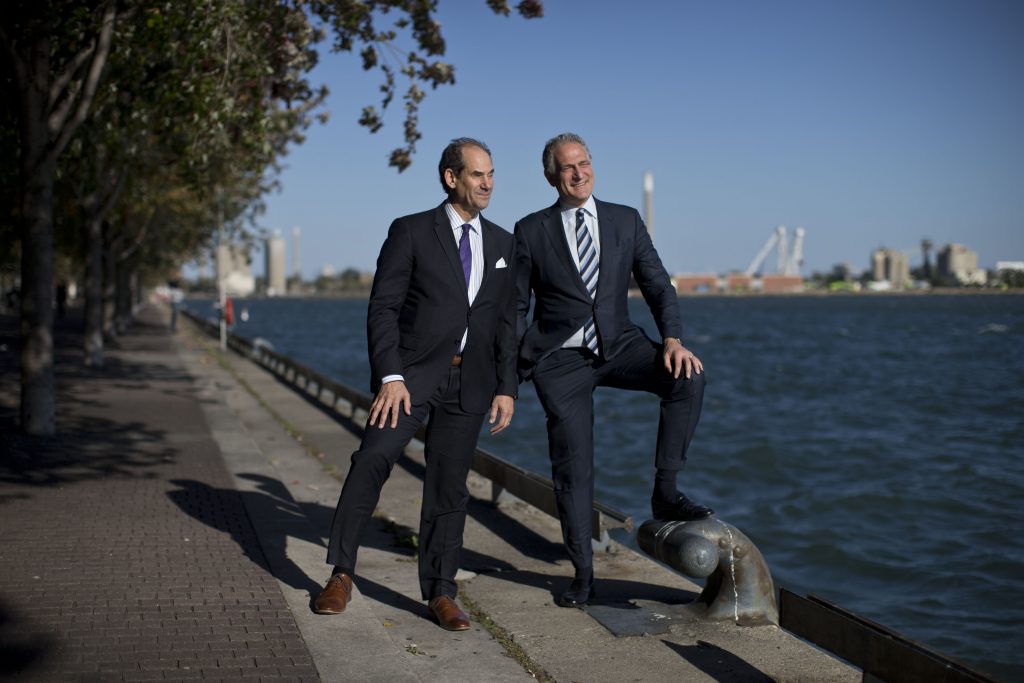 The fact that Toronto is drawing international eyes like Khosrowshahi’s is as good a sign as any that Toronto’s ready for the comparison. Toronto now has the fourth-best tech talent pool in North America, according to CBRE’s most recent Scoring Tech Talent Report, which also found that Toronto added more tech jobs than any other city in the world in 2017—more than the San Francisco Bay area, Seattle and Washington, D.C., combined. “In the tech industry, the strongest competitive advantage is talent—it’s a knowledge-based industry—and we have that,” says Mullin. “What Canada has done well is we’ve created great research at our institutions; we have trained incredibly qualified people,” agrees David Wolfe, a professor of political science at the University of Toronto Mississauga and co-director of the Innovation Policy Lab in the Munk School for Global Affairs.

That’s a big piece, but there’s still plenty of work to be done if Toronto wants to be a self-sustaining Silicon Valley. While a June 2017 report from BDC Capital found that there’s been a 113-per-cent increase in venture capitalism in Canada between 2011 and 2016—an important grease that makes the whole system go—we still lag well behind Silicon Valley. And while having major players just down the street does help with talent cultivation and idea generation—”to create a world-class start-up, you almost have to have been inside a big company like Facebook, and that’s a big part of getting an ecosystem off the ground,” Mullin says—our start-ups have struggled to scale up before cashing out, usually to U.S. companies. And those are the three pillars of a truly healthy tech ecosystem: quality start-ups, successful scale-ups, and the plentiful lubrication of venture capitalism.

That’s the potential downside of these tech giants’ expansion; while their arrival can put a spotlight on a given region, they can also suck up the oxygen, wielding big chequebooks and enormous prestige to woo the talent needed to make Canada’s homegrown start-ups succeed. Those large firms’ shiny, new research labs create jobs, but they also only generate profit for that foreign company. And the presence of these billion-dollar companies can fuel the allure of selling off a small start-up (and the ideas within) before it has a chance to scale into a major player, warping success to mean a big, cash-out exit, rather than a game-changing idea for Canada. Indeed, while Canada can boast its own brand-name tech heavyweights—Shopify, Slack, and Hootsuite, to name three—none are headquartered out of Toronto, and their valuations remain relatively paltry in comparison. “I want to see exits not as a takeover of a Canadian company by a foreign company, but I want to see those exits in terms of a Canadian company getting a billion- or a multi-billion-dollar valuation, and staying in Canadian hands,” says Wolfe. “To me, that’s going to be the ultimate test of whether we truly emerge as a rival of Silicon Valley.”

That has a big impact on what Canada’s getting out of these investments, especially as the country continues to struggle protecting its own intellectual property. “We teach companies to take out a patent for their research findings, but we don’t do nearly as good a job in teaching companies how to use patents as a strategic weapon,” says Wolfe.

Still, these investments are encouraging, especially as they fly in the face of broader economic winds. Just last week, CIBC’s CEO Victor Dodig joined the chorus of voices—mostly from the energy sector in the wake of the Trans Mountain decision—that warned that investor confidence in Canada had been dimmed, and that Canada risked chilling the foreign-investment climate. Indeed, Statistics Canada found that foreign direct investment in Canada declined in 2017 for the third straight year. But that was driven largely by a decline in mining and oil-and-gas extraction, which involve higher risk and more regulatory barriers than tech investments—and that’s a good thing for an economy that Wolfe says will need to evolve away from energy at some point. He points to decades’ worth of reports from the Science Council of Canada: “I have a whole bookshelf of them, and they say, ‘The future is not going to be resource-based or resource-intensive, it’s going to be knowledge- and technology intensive, and if we don’t figure out how to grow and maintain scale-up firms, that’s going to be a real problem for us down the road.’ ”

From economic need to the allure of big-name players, there are plenty of signs to suggest that the conditions are in place to realistically make the Toronto-Waterloo corridor a legitimate Silicon Valley rival. But there is one big question to be answered: Is that what we actually want? After all, in San Francisco and San Jose, the highest earners make more than 10.5 times its lowest earners, making it one of the most unequal regions in the U.S. According to Citylab, rents are 227 per cent higher than the national average, while the California Association of Realtors reported in June that the median price of a house in San Francisco was USD$1.6 million. Meanwhile, chronic budget problems are preventing an at-capacity public transportation system from much-needed expansion. Many of those issues already exist, in some form, in Toronto, and “tech is part of a bigger set of economic forces that exacerbate that,” Wolfe says.

Indeed, at that Toronto press conference announcing Uber’s cash infusion, Khosrowshahi remarked that Uber engineers from other cities will have the opportunity to move to Toronto as part of the expansion. “We expect a lot of them to take us up on it—this is a pretty nice place to live,” Khosrowshahi said. “The cost of living is attractive compared to San Francisco, so they’re looking forward to it.” In response, a knowing chuckle from the gathered group of young tech-types rumbled across the room.

But depending on how successful Khosrowshahi and his Silicon Valley peers are, there may not be anything to laugh at in just a decade or two. And that’s something that people living there now should seriously consider.