Bring on the controversial convocation guests 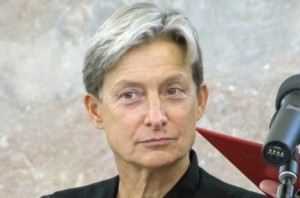 Every convocation season, some group somewhere in Canada protests an honoury degree recipient or commencement speaker. This year, the controversy is over the honourary doctor of letters that McGill University will bestow upon feminist scholar Judith Butler on Thursday.

Butler is well-respected by those who follow gender theory and perhaps equally despised by supporters of Israel because she calls the nation an “apartheid state” and seemed to sympathize with the terrorist groups Hamas and Hezbollah when she called them anti-colonial and anti-imperialist forces. She later clarified that she doesn’t support “violent resistance,” but that’s not good enough for McGill Hillel and McGill Students for Israel who want the honour reconsidered.

The fact that these students are speaking out against her degree is a healthy sign. Nonetheless, the honourary degree should go ahead. I say bring on the controversial thinkers. That’s what university is all about. Or supposed to be about, anyway.

Before I explain my logic, let’s look at a few other recent commencement scandals, because they help us understand why some people get into such knots about certain speakers and honourees.

Last fall, Jimmy Carter, arguably America’s most left-wing and least popular recent president, was given an honourary degree from Queen’s University. Shimon Fogel of the Centre for Israel and Jewish Affairs told the National Post his organization received about 50 “angry and frustrated inquiries” from Queen’s graduates because of Carter’s view that Israel is an “apartheid state.”

When Shawn Graham, a Liberal premier, was awarded a doctor of laws from the University of New Brunswick in 2009, more than 100 professors objected because of proposed cuts to universities.

But it’s not only leftists and centrists who draw protests. Oxford University professors gave the same reasons as New Brunwick’s for snubbing Margaret Thatcher. And Ontario’s right-wing premier Mike Harris got his honourary degree from Nipissing University in 2010 despite warnings from the Ontario Teachers’ Federation that student teachers might boycott the school out of spite.

St. Thomas University students objected to an honour for Fredericton mayor Brad Woodside due to his “record on the environment and by his unwillingness to recognize gay and lesbian citizens.”

You can see the pattern. In each case, the speaker or honourary degree recipient holds clear positions on one side of the left-right ideological divide. Overtly political people offend our sensibilities because we’re so used to hearing only politically correct statements from universities.

But in the above cases, the guests of honour appear to have been chosen by people who rightly see university as a place where bold ideas are to be debated, not silenced. To them, someone with strong political views is worthy of an honour so long as her or his work is respected by peers.

Some might argue convocation ceremonies should be celebratory, not controversial. Much like weddings, they’re as much about the parents as the children and for that reason school officials might be tempted to host non-controversial speakers who won’t make dad’s blood pressure rise.

They should resist the urge. A commencement’s purpose is to recognize that students have the knowledge and critical thinking skills needed to stand up and debate people like Butler, Harris, Carter and Thatcher. We should respect universities that offer their podiums to thinkers who have interesting, if politically unpopular, things to say. At university we all have the right to disagree.