Evan Solomon was fired due to a selective reading of the CBC's standard, writes Barbara Amiel—proving its leaders think in a box and go with the wind 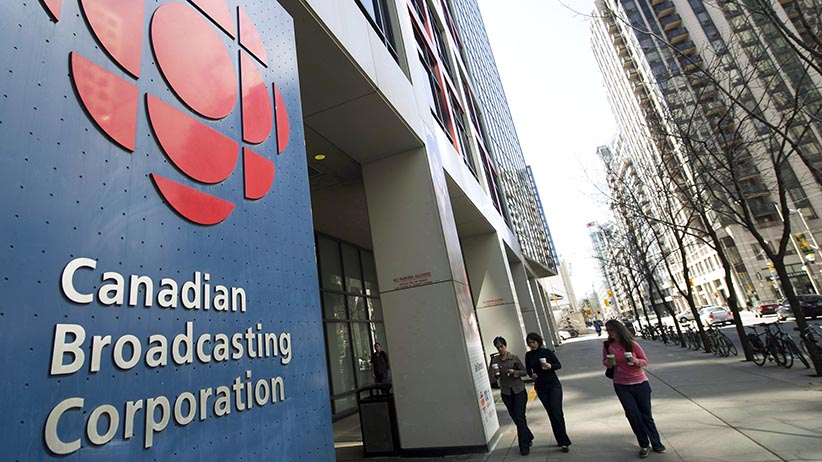 Off the cliff went Evan Solomon, the most recent putative successor to CBC’s über-news personality Peter Mansbridge. Before him it was Amanda Lang, whose rumoured future as the next Mansbridge was detonated by the stir over her relationship with the Royal Bank of Canada. Being thought of as possible heir to Mansbridge should come with danger pay. And if success is measured in terms of successfully getting rid of your successors, the outcome was an (unwished for) success for Peter.

CBC’s summary execution of   Solomon was an ugly sight. No employee deserves the shabby treatment he received and, when presented as a moral act for the good of the nation, it is particularly unpleasant. Public broadcasting is vital to a nation’s culture, but it becomes hard to support CBC’s unique role when its executives act like Robespierres, reflect mob hysteria and seem unable to think beyond a tight little world of inbred views.

CBC’s collective agreement allows employees to do outside work, provided it doesn’t interfere with or exploit their CBC connection. I don’t know the details of Solomon’s personal contract, but CBC was informed by him that he was in the art business and that was all fine until it was not fine in the eyes of the Toronto Star.

Solomon did not meet CBC’s “very highest standard of journalistic conduct and ethics,” said CBC News’s editor-in-chief, Jennifer McGuire, presumably suggesting Solomon used his position for personal benefit. Any on-air celebrity derives personal benefit from his job, whether in better restaurant reservations, upgraded hotel rooms or more sexual partners. In Solomon’s case, he lived in Ottawa and made personal friends he would not make living in Thunder Bay, working for Canadian Tire. Some of those friends had jobs needing no friendship with Solomon to be desirable guests on any CBC news show. The intersection of his art deals with friends would be a natural development.

Solomon’s art brokerage certainly had a sleazy aspect to it, and one wonders when on Earth sophisticated people will stop writing excited emails for the benefit of the Toronto Star. I don’t believe Solomon interviewed on-air any of his art buyers after they purchased works, though I wouldn’t necessarily ﬁnd that offensive. One wonders just who released his private correspondence to the Star: The natural suspect is his ex-business partner, who apparently tried to weasel out of a large commission. The ethics of releasing that correspondence are not my concern, nor apparently of the Star, which seemed to feel, characteristically, this was all in the public interest.

“Evan Solomon’s activities were inconsistent with our conflict-of-interest policy . . . as well as our journalistic standards and practices,” said CBC spokesman Chuck Thompson. These standards are applied selectively. The CBC commits itself to diversity of opinion. This means the hiring of two or three people with views questioning the orthodoxy of the day as guest commentators or panellists but not as staff producers, writers or on-air hosts. That way the CBC keeps firm control, uncontaminated by new approaches.

Professor Tom Flanagan, a prize-winning author on Aboriginal history, fit the model of unorthodox commentator and appeared twice a week on Solomon’s Power and Politics. In 2013, Flanagan gave a speech at the University of Lethbridge on the Indian Act. A hostile Aboriginal activist asked about an aside Flanagan made in 2009 over the role a lawyer plays when defending clients on child pornography charges. Flanagan replied: “I certainly have no sympathy for child molesters, but I do have some grave doubts about putting people in jail for their taste in pictures . . . It is a real issue of personal liberty and to what extent we put people in jail for doing something in which they do not harm another person . . .” A legitimate response for debate. Next morning, Flanagan learned the CBC had terminated his contract. “While we support and encourage free speech . . . and a diverse range of voices,” said the CBC, “we believe Mr. Flanagan’s comments to have crossed the line.” This was a press release out of Orwell’s Ministry of Love: a mockery of both the CBC’s own code of conduct and its mandate for diversity of opinion.

The politically correct CBC News follows a left-liberal zeitgeist: This is so proverbial as to be akin to judicial notice; witness Flanagan’s fate. Occasionally left- and right-wing ideologues meet, as in the orthodoxies on any sexual matter affecting women and children, apart from abortion. CBC will fire or reprimand people for taking money from sources they view as distasteful, even though it retained and later promoted Mark Starowicz, former producer of As it Happens, after it came to light in 1977 that he had taken money from an Ottawa-based Pravda correspondent (unsurprisingly working for Soviet intelligence). CBC reported on the Charlie Hebdo assassinations without showing the cover cartoon of the Prophet Muhammad, because that could “offend” Muslims. Actually, as a Jew, I find it deeply offensive that the CBC bans the words “terrorist” and “terrorism” when reporting Islamist terrorism, but my tribe is not in fashion.

The justification for the fatwa on using the word “terrorist” in news reporting unless attributed captures the CBC mental landscape as delineated by Blair Shewchuk, CBC News’s senior editor of journalistic standards, in his 2001 style manual, “Terrorists and Freedom Fighters.” He lists definitions of terrorist and terrorism, favouring references from the UN (one of the world’s foremost whitewashers of terror), anti-American Noam Chomsky, the International Court of Justice and all the usual suspects. The CBC apparently believes that by objectifying the problem through the use of other people’s definitions, they can justify their solution. They do not see that their own decision not to call a terrorist a terrorist is a political choice.

The CBC needs a new president, new blood and a new backbone for its news department. Prohibition of words, and firings, are a sideshow. The real problem is that the current upholders of journalism standards at the corporation rarely interact with ideas counter to their own, and come from backgrounds limited to schools of journalism or lifelong careers in popular journalism. They think in a box and go with the wind. Social media is their new code of conduct. No fault here: This is all they know. But this world robs viewers of information and diversity of views, and betrays both the talent within the CBC and the Canadian public they serve. This is not news—in any sense of the word.