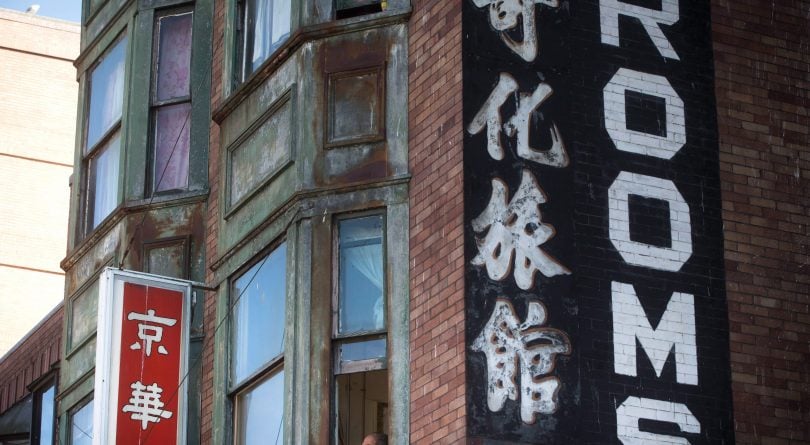 An elderly man looks out from an upper floor window at a single-room occupancy (SRO) hotel in Chinatown in Vancouver, B.C., on Thursday August 18, 2016. (THE CANADIAN PRESS/Darryl Dyck)

Alexandra Collins is a research associate at the British Columbia Centre on Substance Use and PhD Candidate at Simon Fraser University.

Canadian cities are in the throes of an unprecedented housing crisis. Lax housing policies and lending practices, along with a previously non-existent national housing strategy have converged, contributing to record-level housing and rental prices.

Cities such as Toronto and Vancouver are most affected, with smaller cities like Montréal and Victoria also dealing with the impact of rising mortgage interest rates.

Efforts aimed at controlling the crisis, including foreign buyer taxation measures and provincial housing strategies, have yet to address the limited availability of housing. This twin (un)affordability and availability crisis is affecting all demographics across Canada.

However, those most marginalized by poverty—especially low-income women—are impacted most acutely, largely due to housing instability, residential evictions and other barriers such as stigma.

This means women are more likely to experience “invisible homelessness,” such as staying temporarily with family or a friend. This likelihood can be exacerbated by gender-based violence.

Vancouver has continued to be ranked among the most “livable” cities in the world—livable being a relative term.

Despite what the algorithms show, Vancouver now boasts the most expensive housing market in Canada, with rents having significantly increased for the third consecutive year and vacancy rates among the lowest in the country. 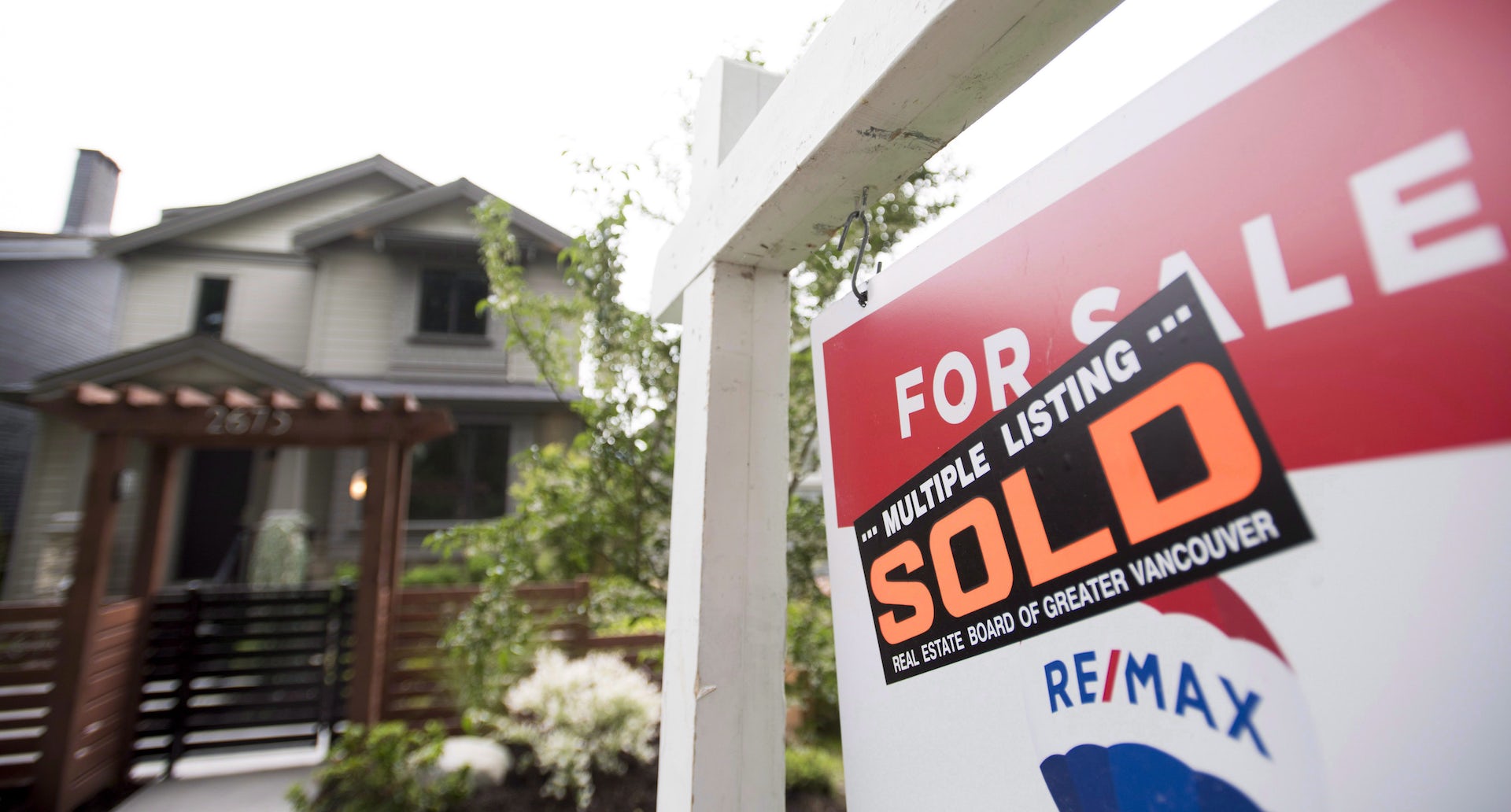 A real estate sign is pictured in Vancouver on June 12, 2018. (THE CANADIAN PRESS Jonathan Hayward)

The rapid urban development of particular neighbourhoods in Metro Vancouver has led to an influx of high-end luxury apartments and diminishing low-income rental housing stock.

Despite persistent efforts by community groups to retain low-income housing, residential evictions are commonplace among people living in Vancouver’s Downtown Eastside neighbourhood—an approximate 10-block area that contains 94 per cent of the city’s single-room accommodation (SRA) housing. This is also one of the neighbourhoods most affected by North America’s overdose crisis.

Housing instability has been shown time and again to increase health- and drug-related harms, including risk of blood-borne infections, mental health issues and increased substance use.

Single-room accommodation environments also increase risk of harm, yet they continue to be used as “affordable” housing for those with housing instability, despite the known health risks associated with these environments.

They are also often the only available and affordable housing option for poor women in urban centres like Vancouver.

Research conducted by the British Columbia Centre on Substance Use investigated the vulnerability to evictions for women who reside in SRA housing.

While SRA housing was historically built for men working in seasonal industries, it is now the primary source of housing available to low-income individuals.

Between June 2015 and May 2016, our team collected data from 56 recently evicted people who use drugs, 19 of whom were women. All participants had been evicted from non-profit operated and privately operated SRAs in the Downtown Eastside neighbourhood.

This work showed how the physical, social and structural environments of SRAs contributed to women’s evictions, reinforced gender-based violence and often prevented their ability to contest unfair evictions.

The continued use of men-centered SRA housing models—with shared washrooms (that may or may not work) and shared kitchens (if available)—reinforced inequities for women in the study.

Intense surveillance and monitoring, building curfews, the fact that staff have room keys and that police readily access the buildings all prohibited women from moving freely within the building. For some this meant sleeping and working outside.

The varying building models also reinforced and normalized violence against women. Lapses of security (broken locks, no desk staff at night), exploitation by building staff (no access to mail without sexual favour) and infantilizing rules (daily room checks, no overnight guests) were some of the ways in which violence against women was made pervasive within SRA housing.

In private buildings, this often resulted in physical or sexual violence. And daily practices —such as threats of violence from staff and lack of tenancy agreements—made women more vulnerable to eviction and restricted their ability to contest illegal evictions.

All but two of our participants were evicted into homelessness, with victims of domestic violence disproportionately affected. 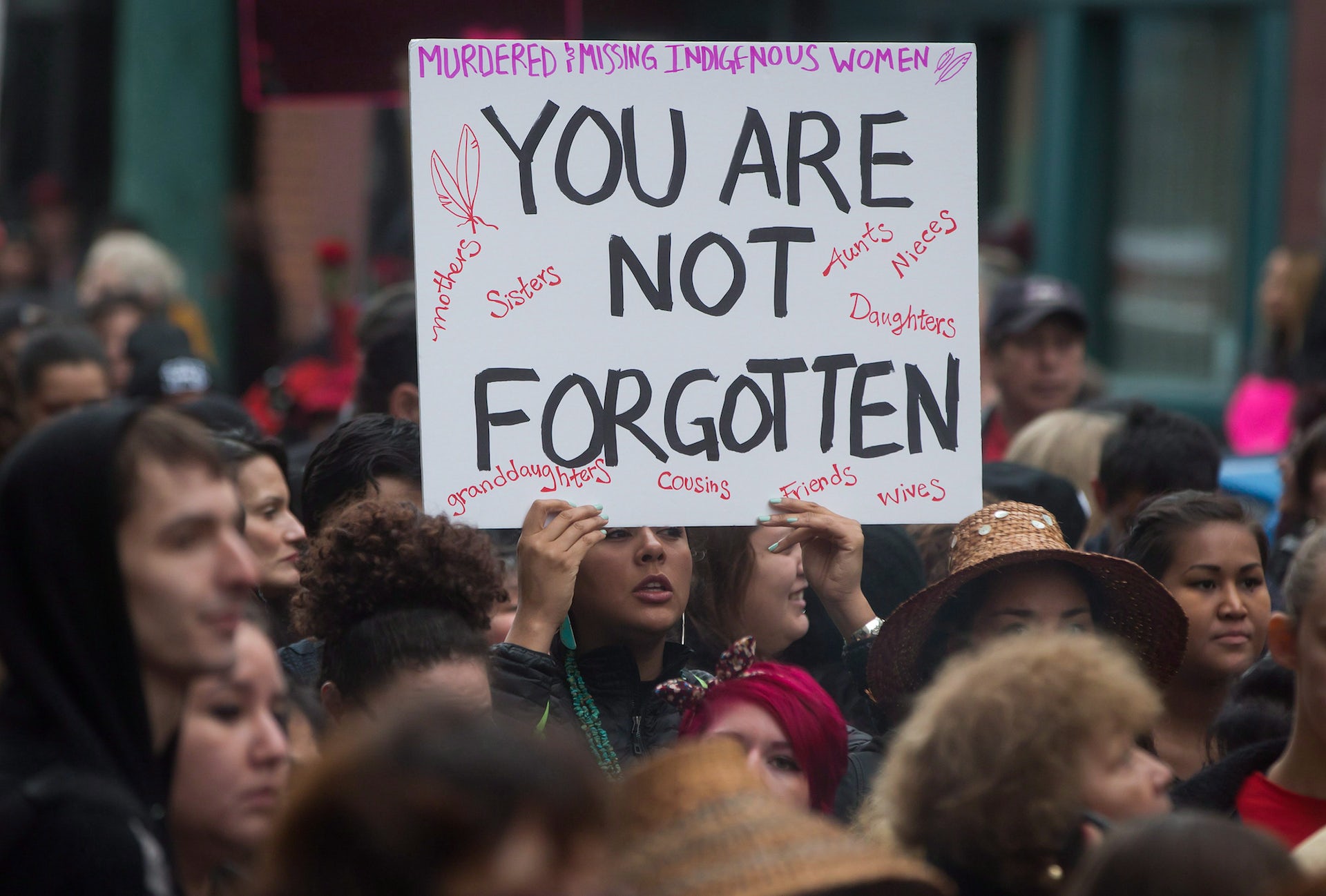 A woman holds a sign as hundreds of people march through the Downtown Eastside during the 25th annual Women’s Memorial March in Vancouver, B.C. (THE CANADIAN PRESS/Darryl Dyck)

Vancouver must wake up

Despite the increased coverage of sexual assault and violence against women in this #MeToo era, the experiences of poor women, racialized women and women who use drugs are still widely overlooked.

Violence against poor women in Vancouver remains normalized and pervasive. It isn’t something that can be escaped as it extends into low-income housing and is reinforced through low-income male-centered housing models, building policies and surveillance tactics (or lack thereof).

Recognizing the ways that gender structures and defines SRA housing is imperative to developing a more suitable housing strategy in Vancouver. The city boasts of its status as one of the most highly sought-after places to live, yet it continues to ignore the needs of those who are most marginalized by redevelopment strategies.

It is time for Vancouver—and elsewhere—to wake up to the social and structural injustices faced daily by poor women and to create livable, safe, affordable housing attuned to the varying needs of residents.