Opinion: The Saudis didn't cut the supply of crude oil to Canada after a diplomatic spat. But if they had, Atlantic provinces would be in a tough spot, writes Larry Hughes 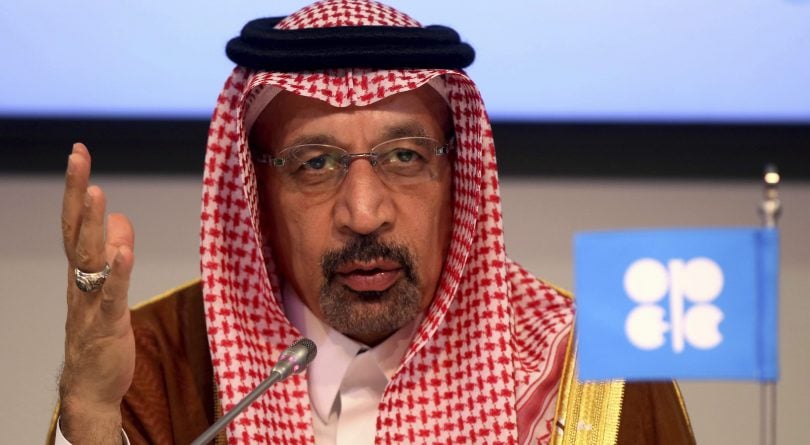 Larry Hughes is a founding fellow at the MacEachen Institute for Public Policy and Governance, and a professor at Dalhousie University.

There are at least two reasons why this decision should not have come as a surprise:

Firstly, in 2017, Saudi crude exports to the Irving refinery netted Saudi Arabia about $2.5 billion. This was a small but undoubtedly useful contribution towards their support of pro-government forces in the Yemeni civil war.

Secondly, more than half of the Irving refinery’s production is exported to the United States. Cutting supplies to the refinery would have caused shortages of gasoline and other fuels in the U.S. and resulted in unnecessary friction between Saudi Arabia and the U.S.

The region needs to think more seriously about its reliance on Saudi crude oil and consider replacing these supplies with those from trusted sources.

On the downstream side, approximately one-third of the refinery’s output meets most of the Maritime provinces’ demand for refined petroleum products such as gasoline, home-heating oil and diesel fuel. While unlikely, if Saudi Arabia ever did cut off its oil exports to Canada, the impact would be felt across the Maritime provinces.

In the immediate aftermath of such an event, demand would have to be met from existing stocks of crude oil at the refinery and with refined product stored within the Maritimes. Any threat of shortages would have to be managed by several different levels of government.

To relieve these shortages, crude oil or refined product — or both — would need to be purchased on the spot market, probably resulting in higher prices for petroleum products for consumers.

Pipeline to the east

Prior to the Saudis’ announcement, a number of political pundits suggested that improving the East Coast’s energy security would simply be a matter of reviving the Energy East pipeline. Once built, Western Canadian crude could then reach the Saint John refinery to help meet the oil demand in the Maritimes and other countries.

This argument overlooks the fact that it will take years to get the necessary federal and provincial approval before construction of the pipeline could begin. At present, there are very few ways in which Canadian crude oil could improve energy security in the Maritime provinces.

One could be Enbridge’s Line 9B pipeline, which sends 300,000 barrels per day from western Canada via Westover, Ont. to Montréal. About one-third of Line 9B’s daily capacity, shipped by tanker from Montréal to Saint John, would be sufficient to replace Saudi supply.

Despite this, Line 9B’s entire supply is destined for refineries in Québec: Suncor in Montréal, and to the Valero refinery in Lévis, by a pair of Panamax ice-certified tankers that operate year-round.

With Line 9B’s supply spoken for, the Maritime provinces are limited to two other possible sources of Canadian crude: Western Canada (by rail) and offshore Newfoundland and Labrador (by ship).

The Irving refinery has a railway yard with capacity for rail tank cars holding about 145,000 barrels of crude oil. Since the railway yard already handles crude from across North America, there may be limitations on how much additional crude-by-rail it could deal with safely.

Over half of Newfoundland and Labrador’s annual production of about 80 million barrels of crude oil is exported to the U.S. and elsewhere. However, contractual obligations mean that very little of this oil is available to the Maritimes.

Events of the past few weeks have shown that the Saudis can act unpredictably. Had maintaining a supply of crude oil to Canada not been in the Saudis’ interest, the situation in the Maritime provinces would be quite different today.