Change and renewal, yes, but few big ideas at this convention 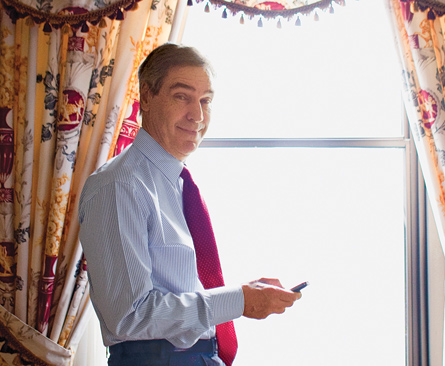 Rocco Rossi, the new national director of the Liberal Party of Canada, is usually an exuberant guy. So ask him about the mood among Liberals as the party looks ahead to its national convention in Vancouver, set for April 30 to May 2, and you would expect Rossi to gush. But when the question was put to him this week, he instead ran through a checklist of reasons the gathering might fall flat. Local B.C. Liberals are distracted by a provincial election, and Nova Scotia might also soon be in a campaign, which would keep that province’s Grits at home. The lousy economy puts the cost of attending out of reach for some party members. And the big draw of a leadership vote is off, of course, after Michael Ignatieff’s rivals dropped out last fall. “It’s a tough time to have a convention,” Rossi says.

That sense of impending anticlimax pervades the Liberal party. Yet, after rhyming off the reasons not to expect much hoopla, Rossi went on to predict the convention will prove important, even if it lacks sizzle. “It’s going to be one of the more substantive renewal conferences in our history,” he said. On the agenda: a likely shift in the way Liberals pick future leaders, from delegated conventions to direct voting by all party members. Among hard-core Liberals—the sort who sweat during elections and sustain the party between them—there’s also some anticipation about getting their first tutorials at the convention on the party’s newly acquired, Barack Obama-tested, American-made campaign software, touted by Rossi as the key to narrowing the technology lead now held by the Conservatives.

There’s not much talk, however, of the sort of high-toned policy debate that might be expected of an Ignatieff-led party. One senior official said the focus is “plumbing and engine-room stuff.” And some contentious organizational matters are being kept safely out of the hands of convention delegates. A key proposal to streamline the party’s structure, by taking responsibility for membership away from provincial and territorial Liberal associations, will apparently not be put up for debate. MP Navdeep Bains, who co-chairs the party’s so-called “renewal committee,” which proposed the change, said there was no need to argue over it in public, since the party brass recently reached a consensus behind closed doors. “By and large,” he said, “the national executive was fairly united on that.”

The renewal committee is only one of what can seem a confusing array of forces all at least trying to steer the party in new directions. Ignatieff named it in mid-January, assigning Bains and co-chair Steve MacKinnon, a former party national director, the task of dealing with leadership selection and party organization, including “grassroots policy development.” At the same time, Ignatieff named a “change commission,” co-chaired by MP Carolyn Bennett and party president Doug Ferguson, to study “long-term strategic change.” Ferguson said the commission toured the country last month, and is working on a comprehensive report on issues such as how to boost fundraising and improve communication between party headquarters and riding organizations.

How much clout the committee and the commission really wield, however, is open to question. The new centre of power in the party is Ignatieff’s inner circle of hand-picked top officials. His office is led by principal secretary Ian Davey, a long-time confidant. Rossi is part of the same group, and he clearly had a mandate to push ahead with some fundraising and organizational initiatives even before the renewal and change groups finish their work. Another charter member of the crew closest to Ignatieff, Toronto lawyer Alf Apps, is almost certain to become the next party president in Vancouver. And the expectation that Apps will get the job uncontested is another reason the run-up to the convention looks to be about Ignatieff consolidating control, and why it lacks suspense. Party officials wouldn’t project turnout, but privately Liberals said they expect perhaps 3,000 delegates, fewer than half of those eligible to attend.

Any grumbling, however, is muted by the fact that Ignatieff remains solidly popular. Even critics of the course the party is taking into the convention are reluctant to sound anything more than mildly annoyed. Ryan Androsoff, a 27-year-old party activist from Saskatoon, now studying at Harvard University’s John F. Kennedy School of Government (where Ignatieff was a human rights professor before coming home to Canada to try politics), has criticized the party’s national executive on his Prairie Fire blog for failing to “embrace a 308-seat strategy.” Androsoff contends the executive rejected proposals from the renewal committee that would have led to a firm commitment at Vancouver to pour resources into ridings where the party is weak. “If there is one thing above anything else we need to do,” he said, “it’s get boots on the ground, get organizers out to regions, where we don’t have seats, particularly in Western Canada.”

But a plan to debate how to accomplish that goal on the convention floor, and perhaps amend the party’s constitution to entrench it as a long-term aim, has been dropped. Instead, Bains said “administrative and bylaw” changes will be made to boost party efficiency, freeing up resources to devote to those long-shot constituencies. He said his committee’s report will be released soon, and should clear up any misconception that this lower-key approach translates into less commitment to rebuilding in tough-to-win constituencies. “We are going to centralize administrative functions and use those savings to put more workers back in the field,” he said. “We want more boots on the ground.”

Along with the renewal committee’s recommendations, hard-core Liberals patient enough to track the party’s internal machinations are awaiting the change commission’s report. Ferguson said it will reflect what the commission members heard in a whirlwind tour last month that touched down in Vancouver, Edmonton, Winnipeg, Toronto, Montreal and Halifax. As well, they surveyed policy ideas generated through online discussions on a Liberals-only website called En Famille. Then again, some Liberals suspect deeper policy and strategy questions will only be addressed at the “thinkers’ conference” Ignatieff has promised to hold later this year, in the spirit of the legendary 1960 conference in Kingston, Ont., where policy and election strategy ideas that sustained the party for years to come crystallized in four days of speeches and seminars.

That’s the sort of intellectual rejuvenation Liberals expect from Ignatieff, and might reasonably have hoped would come at the spring convention. If the thinkers’ conference is held next fall, which is likely, that will mean the inspiring watershed won’t have come until perhaps nine months into his leadership. A more drawn-out process to think through what the party is all about might strike Liberals as suspiciously familiar. After the party was shocked by its defeat under Paul Martin in the 2006 election, it appointed a renewal commission under Tom Axworthy, chairman of Queen’s University’s Centre for the Study of Democracy. Axworthy oversaw a slew of 32 task forces, headed by prominent Liberals and outside luminaries, which studied every element of policy and organization.

Their reports were delivered just before Stéphane Dion won the party’s leadership in late 2006, and promptly forgotten. Peter MacLeod, a Toronto-based expert on how to conduct consultations with large groups of citizens, headed the task force on civic engagement. “They didn’t do very much with the reports,” MacLeod said. “I’m not really sure if the party was ready, or wanted those ideas, or knew what to do with them. I don’t know if anything has changed. We’ll see, I guess.”

So far Ignatieff’s ascent has not set off a noticeable debate about policy among Liberals. One of his senior advisers said that’s because he inherited a party with deep organizational problems, including a fundraising arm that wasn’t nearly competitive with the Tory machine. “Our efforts,” he said, “have been focused on getting our house in order.” Despite that emphasis on operations, though, the adviser predicted the Vancouver convention, partly because the buildup has been so tepid, will feature enough uplifting talk to “exceed expectations.”

When Liberals gather, the excitement is traditionally generated by talking up activist government projects. So what might speed Liberal pulses in Vancouver? Reviving national child care? Building on the Jean Chrétien era’s ambitious expansion of science and technology spending? Rossi said any such grand schemes will have to be tempered for tough economic times. “While we’re the party of national unity, the party of national programs,” he said, “we’re also the party of fiscal responsibility.” It’s sounding like Vancouver will be grounded firmly in restoring the Liberal machine, and cautiously leaving the soaring vision for another day.