Prisoners of the world, unite! 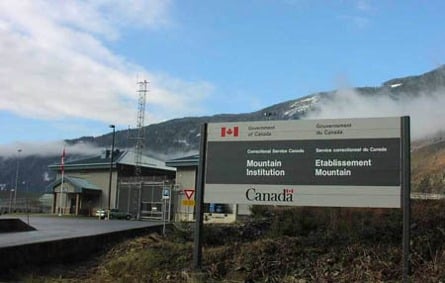 In January 2010, a 50-something inmate serving a life sentence at Mountain Institution, a medium-security prison in Agassiz, British Columbia, polled his fellow prisoners to see if they were in favour of starting a labour union. Over 76 per cent of the inmates said yes. By March, he and a core group of 14 inmates at Mountain had drafted a constitution for the union and have been working towards certification ever since. If the inmates are successful, the union will be the first of its kind in the country.

It’s not surprising the movement is happening at Mountain, given its unique status as a work-focused prison where inmates must have steady jobs. As of 2007, there were 449 inmates at Mountain–the majority of whom work in one of four industries: textiles, manufacturing, construction, and prison services, such as printing and laundry. They’ve only recently met their first hurdle: getting 51 per cent of the prisoners to sign up. This is usually a routine affair, but represents a problem inside a prison, where inmates have been denied the right to assemble.

In a press release, the prisoners said their proposed union would raise issues that “plague the prison population as a workforce,” including workplace safety, access to vocational training, and pay, which hasn’t been adjusted to inflation since 1986. The union tactic comes in response to a dysfunctional inmate grievance system that is overloaded, understaffed, and inefficient. According to the Correctional Investigator’s office the volume of complaints has grown from around 20,000 in 2005-06 to over 28,000 in 2009-2010

A 2010 review of the complaints and grievance process by David Mullan, a constitutional lawyer and professor emeritus at Queen’s University, found “serious problems” with the current system. A routine grievance can take over 150 days from its initial filing to be resolved, in part because of improperly trained staff. (Mullan says staff do “little more than [process] paper.”) And the system is tied up by “frequent users”–serial grievers, determined to bog down the process. In 2008-09, Mullan found that in some institutions, just a dozen offenders accounted for 11.3 per cent of all submissions.

Canada’s prisoners’ rights movement dates back to the 70s, when a series of brutal uprisings and violent deaths spurred an overhaul of prison legislation, including extending the vote behind prison walls. Since then, a series of legal reforms that have guaranteed rights to prisoners, notably the adoption of the Charter of Rights and Freedoms in 1982 and the adoption of the Corrections and Conditional Release Act in 1992, which includes the inmate grievance policy. In many respects, Canada’s commitment to prisoner’s rights is admirable.

But just because something is written, doesn’t mean it’s enforced, cautions Allan Manson, a criminal law professor at Queen’s University. “The problem,” says Manson, “is enforcing compliance with the act and that continues to be a problem today.” There are statutory standards, he says, “but prisoners have to be able to force compliance. And given the obstacles to judicial remedies and cost of litigation, there hasn’t been a crucial mass of judicial scrutiny that will keep penitentiary officials in line.”

The Correctional Service of Canada wouldn’t speculate on the impact a union might have on the federal prison system and pointed out that inmates already have a say in their treatment. “Each institution has an inmate committee which is formed to allow inmates to identify issues, including work-related issues, affecting them and to raise them with wardens and institutional staff,” CSC spokesperson Jean-Paul Lorieau wrote in an email to Maclean’s. “So far no union has been formed, and we do not have any further comments on this issue.”

In the meantime, Mountain inmates and Natalie Dunbar, a Vancouver-based criminal lawyer who’s been serving as a liaison between the prison and the outside world, continue to organize. While the process is slow, Dunbar is optimistic. She says a prisoners’ union could “change the dynamic” between guards and prisoners for the better. “Prison staff are unionized and they have issues they have to deal with and believe it or not some of the issues intersect with prisoners issues.” Ideally, Dunbar says prison labour unions will propagate across the country: “Mountain would be local 001 and hopefully Kent would be unionized, then places throughout BC and then Canada.” Though, until then, “it’s baby steps,” she says. “We just want to get the application in at Mountain.”