Where March For Our Lives protests are happening across Canada

As thousands attend March For Our Lives protests for gun reform in the U.S. on Saturday, March 24, marches will also take place in cities across Canada 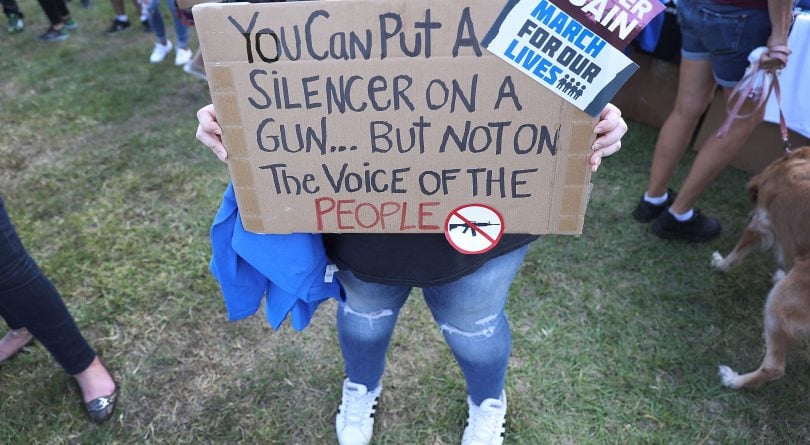 In the wake of one of the deadliest school shootings in U.S. history, hundreds of thousands of student protesters are set to march in cities across the U.S. on Saturday, calling for an end to gun violence and for stricter gun control laws. The demands include a universal background check system for gun buyers and a complete ban on assault-style rifles and high-capacity magazines.

READ: These 8 students say why they’re marching for gun reform: ‘No one wants to be next’

The March for Our Lives protest, organized by survivors from Marjory Stoneman Douglas High School in Florida, where a school shooter killed 17 students and staff, will rally through downtown Washington, D.C., with numbers possibly as high as 500,000. The movement and its calls for reform has left an impression north of the border, where similar demonstrations are expected to take place.

Justin Trudeau’s government recently introduced a new bill that would strengthen gun control measures, calling it “common sense gun laws that do a better job of background checks to keep people safe.” The proposed legislation prohibits two rifle classifications that were made available under the Harper government. That’s prompted groups like the National Firearms Association to voice concern, saying the new Canadian regulations are a way for authorities “to confiscate their firearms.” The changes also come after the high-profile acquittal of Gerald Stanley, a farmer who shot and killed Colten Boushie—a young Cree man from the Red Pheasant First Nation—on his property in central Saskatchewan. Stanley is expected back in court in April on charges for improperly storing firearms.

March for Our Lives protests will take place in more than a dozen Canadian cities from coast-to-coast Saturday. Here’s a list of where to find them:

The Calgary protest will take place outside the U.S. Consulate at 1 p.m.

Edmonton’s protest will take place outside the Alberta Legislature Building at 1 p.m.

Dubbed the March for Our Lives Solidarity March, Fredericton’s rally will begin at the New Brunswick Legislative Building at 1:30 p.m. and end at City Hall.

The southwestern Ontario city will hold its demonstration at noon, beginning at Market Square.

London’s protest will take place in Victoria Park at 12 p.m. The event has five rules: act with maturity, respect everyone’s time, be civil, use common sense and play nice.

Montreal protesters will be rising early; meeting at 10 a.m. at Cabot Square. At about 11 a.m., the march will head down Ste-Catherine St. toward the U.S. Consulate. The event’s Facebook pages notes that over 600 people are “going.”

The march in the nation’s capital will start at 11 a.m. on Parliament Hill and finish outside the U.S. Embassy.

Folks in Quebec’s capital will hold a modest protest at the Parc Jardin Jean-Paul l’Allier in the city’s downtown at 11 a.m.

Students at Bishop’s University in Sherbrooke are scheduled to protest on campus in support of the school’s American students at 10 a.m.

Protesters in St. John’s are expected to gather at Harbourside Park at 12 p.m.

Starting at 1 p.m., the “Citizens of Stratford” will rally outside City Hall.

All the way in northern Manitoba, students from R.D. Parker Collegiate will march at their high school at noon.

Hosted by Communities for Zero Tolerance, a group created by Toronto mother’s whose children were victims of homicide, the march begins at 10 a.m. at City Hall then en route to Queen’s Park.

Vancouver’s rally begins at 10 a.m. at the Jack Poole Plaza, weaving through the city’s downtown core and passing by the U.S. Consulate.

In nearby Victoria, the march begins at 1 p.m. near the city’s legislature building.

Kitchener-Waterloo’s “Solidarity Rally for Peace and Non-Violence” begins at 11 a.m at the Wilfrid Laurier University Concourse.

FILED UNDER: Editor's Picks gun control march for our lives