Why Afghanistan's ambassador to Canada was called home

Amidst claims of a 'fake' dispatch to Kabul, a 'conspiracy' against her and a staff revolt, the ambassador was recalled and may not return to Ottawa 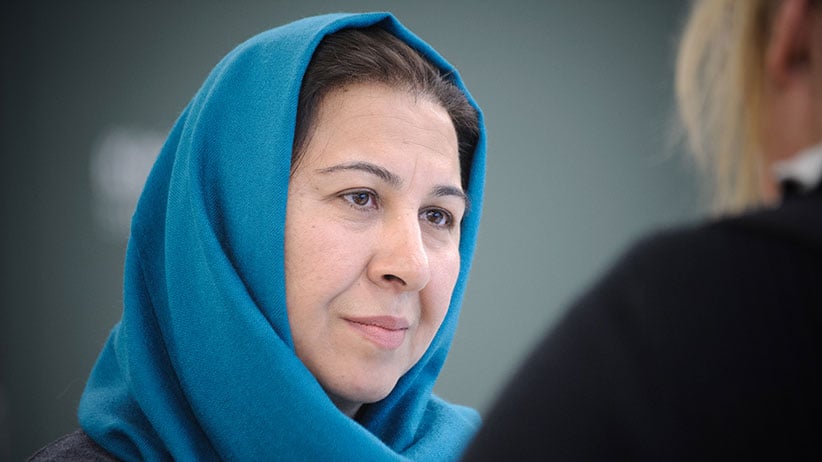 Less than a year into former Afghan MP Shinkai Karokhail’s appointment as Afghanistan’s ambassador to Canada, the Afghan embassy in Ottawa is a shambles and Karokhail has been called back to Kabul to explain herself. A diplomatic calamity has been averted and an investigation has only just begun, but it seems unlikely that Karokhail will be returning to Canada any time soon.

Troubles at the embassy broke out into the open July 25 when a document surfaced on social media in Kabul which appeared to be a letter from Korokhail advising “retaliatory action” against Canadian diplomats in Afghanistan, owing to Global Affairs Minister Chrystia Freeland and her officials repeatedly refusing to meet her. Freeland’s office had been assured that the letter was fake—Karokhail has met with Freeland informally, and also with her officials, and with Status of Women minister Maryam Monsef and International Development Minister Marie-Claude Bibeau.

Then copies of the letter were obtained by Afghanistan’s Tolo News, and an Afghan foreign ministry official in Kabul told me the letter was real: it had been stamped as received by the ministry after having been formally dispatched from the embassy in Ottawa.

When I caught up to Karokhail by telephone, she was between flights at the airport in Istanbul, heading to Kabul, and the plot thickened again. “There is a very organized mafia making a conspiracy,” Karokhail told me. “They are Taliban in suits and ties. They are making all this rubbish against me because I am a woman ambassador, and because of my ethnic group.”

How badly has Canada failed Afghanistan?

Karokhial was still insisting that the letter was “fake, not true,” but a former embassy employee told me that Karokhail’s version of events is backwards. Sitara Sharif, who served several ambassadors at the embassy going back a decade, told me Karokhail, a Pashtun, dismissed her last November because she was Hazara, and pregnant. Karokhail denies this and said it was a mere coincidence that Sharif’s annually-renewed contract expired the week she was in hospital.

In recent months, Ghani’s government has been subjected to withering criticism over what his critics have called the “Pashtunization” of his administration, and the political leaders of the country’s ethnic Tajiks, Hazaras and Uzbeks, only rarely within reach of power in Kabul, have been re-organizing themselves increasingly along ethnic lines, fed up with what they see as Pashtun bullying.

At the embassy in Ottawa, staff noticed that Karokhail seemed to hire only Pashtuns, and her lobbying efforts were largely focused on aid projects in Afghanistan’s Pashtun areas. (Maclean’s did not have the opportunity to raise this assertion with her.) While the last Canadian troops were pulled from Afghanistan in December 2014, the Liberal government has committed roughly $150 million a year until 2020 in both military and reconstruction spending.

“When she came I was happy because we would have a woman ambassador,” Sharif told me. “But she told me I couldn’t even have maternity leave.” Sharif relied on a month’s holiday time to rest as her due date approached. When she returned home after giving birth Nov. 27, a letter was waiting for her, telling her she had been dismissed from her position as the ambassador’s executive assistant. “None of the men I have worked with at the embassy ever treated me badly like this,” Sharif said.

Karokhail eventually replaced Sharif with a fellow Pashtun, whose conduct at the embassy ended up provoking a revolt. A July 15 letter signed by six Afghan diplomats and sent to the Afghan Foreign Ministry complained that the new employee was unqualified and unsuited for his position and had crossed “all the red lines” and “offended all the diplomats here. . . we are kindly asking your office to either fire [this person] or accept our collective resignations or ask us to come back to Kabul.” Only then did Karokhail dismiss  the employee.

In an email to Maclean’s, the employee says he resigned from his role as a technical advisor on July 15 and that the accusations in the letter are baseless. “I was frequently harassed by one particular diplomat. This was an internal matter, which [the] Ambassador wanted to solve between her staff and the diplomat. When [the] diplomats didn’t cooperate with the Ambassador… all diplomats grouped against me and sent a complaint to Kabul.”

Karokhail told me her reference to an ethnic “mafia” conspiring against her was not intended to describe the six diplomats—two Pashtuns, a Hazara, two Tajiks and a Kabuli. She said the July 15 protest letter “was just a small conflict between my office staff and the diplomats, a small issue, a small administrative matter.”

In Kabul Tuesday, Foreign Affairs Ministry spokesman Sebghatullah Ahmadi told the BBC’s Persian service that an investigative team will be sent to Ottawa to look into the matter. As for Karokhail, “we are not sure if she is going back or not.”

Adam Austen, a spokesman for Global Affairs Minister Chrystia Freeland, declined to comment on the case. “Canada and Afghanistan have a strong relations built on close cooperation, including in the fight against terrorism. We remain committed to helping Afghanistan build a stable, secure and democratic country and will steadfastly support the efforts of the Afghan people to govern themselves and take control of their destiny.”

This story has been updated since it was first published to include a response from a former embassy staff member.