Angry Beijing isn't scaring off Canadian travellers. Are we being naïve?

From hockey players to professors, those with links to the country are sticking to their travel plans despite the ongoing detention of Canadians 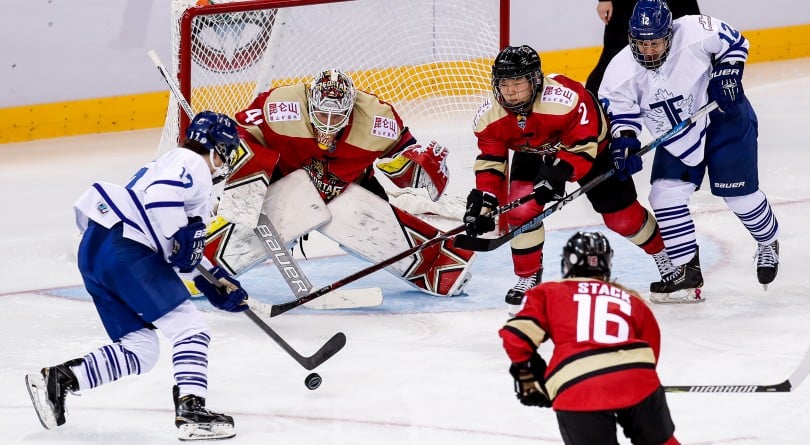 The travel advisory from Global Affairs Canada is pretty clear: Canadians should “exercise a high degree of caution in China due to a risk of arbitrary enforcement of local laws.” Emphasis theirs.

The response from many Canadian entities who regularly travel to China for business or education? Keep a close eye on the news, but don’t cancel travel plans just yet.

The Canadian Women’s Hockey League, for example, has no plans to alter anything in their schedule as the Toronto Furies prepare for three games overseas later this month against the Shenzhen KRS Vanke Rays, a Chinese team who joined the pro league this season.

“We’re moving ahead day-by-day and communicating with the players,” says CWHL commissioner Jayna Hefford. “I think the players trust the league. We have great partners in China and we’re growing the sport globally. We look forward to continuing the relationship with them–but we would never put the safety of our players in jeopardy.”

As Canada’s diplomatic relationship with Beijing continues to spiral in the aftermath of Huawei CFO Meng Wanzhou being detained in Vancouver for possible extradition to the U.S., the response of Canadians has been surprisingly sanguine. Maclean’s reached numerous individuals and institutions with connections to the country determined to stick to their travel plans, unfazed by the detentions of former Canadian diplomat Michael Kovrig and businessman Michael Spavor.

RELATED: The five stages of China’s fury towards Canada

Sports teams weren’t the only ones keeping their trust in Beijing. Canadian schools aren’t exactly cancelling programs in the Middle Kingdom en masse because of travel worries.

The University of British Columbia, which has partnerships with 17 universities in China, sent 585 students last year and doesn’t foresee major programming changes due to the international discord. “UBC treats the safety and security of its students, faculty and staff abroad very seriously,” wrote Pam Ratner, the school’s vice provost and associate vice-president, enrolment and academic facilities, in a statement. “The university is aware of the Jan. 14 travel advisory for Canadian visitors to China and encourages all students, faculty and staff in that country to follow UBC’s guidance and make use of available resources.”

Research travel and executive programming based in China for the Ivey Business School at Western University* is similarly unaffected, said acting dean Mark Vandenbosch via email, and the limited faculty who travel for this program “are doing so by choice, not by requirement.”

Same goes for B.C.’s Trinity Western University. “I don’t want to suggest we’re blindly moving forward,” says Murray MacTavish, a professor at the university’s school of business, who helped launch the institution’s “Great Wall MBA” in China in 2013. “We want to make sure our faculty and students are safe. A lot of this is above our area—it’s a political level. We’re certainly paying close attention, but we’re still sending faculty over.”

Is this a naïve response?

“I wouldn’t go to China unless I had a really, really good reason to go,” says David Mulroney, Canada’s former ambassador to China. “The safety of your employees is ultimately more important than any relationship with a Chinese university.”

Moreover, the justifications for Global Affairs Canada’s upgraded travel warning were piling up in the aftermath of Meng’s arrest. With Kovrig and Spavor still in custody and facing interrogations, a Chinese court sentenced Canadian Robert Schellenberg to death for drug smuggling after a one-day re-trial in which Schellenberg was appealing his original 15-year prison sentence. Days later, a Canadian woman was denied from entering China to visit her ailing father, a political prisoner; worse, when she tried to fly home to Toronto from Seoul via a connecting flight in Beijing, Chinese authorities boarded her plane and sent her back to South Korea.

“It sounds like the case of arbitrary implementation of local laws—laws that may seem small that normally wouldn’t get anybody into trouble, but [China] just want to show that they have bargaining chips on their side,” says Lynette Ong, a political science professor at the University of Toronto.

Ong says she agrees with the wording of the new travel advisory for Canadians, but adds that travellers shouldn’t avoid going to China altogether. “It’s mostly the Chinese authorities and the government trying to exercise its power,” Ong says. “As long as you do nothing that will potentially offend the government or violate any law, I think you’ll be fine.”

That is, Ong adds, unless the Canadian traveller in question does NGO work. “It is a grey area to start with because of how cumbersome the rules are [in China],” Ong says. “That would be a lot riskier.”

How can one tell if one works in one of these “grey zones?” Well, if you do, you probably know it already, says Pascale Massot, a political studies professor at the University of Ottawa. “For folks who work in grey areas, like the NGO community, I’d feel a heightened sense of risk.”

RELATED: Ottawa warns: travel to China at your own ‘arbitrary’ risk

And yet, Massot explains how Canadians showing a willingness to still travel to China under the current political climate is an appropriate response. “For the overwhelming majority, I wouldn’t expect there to be any change aside from an extra degree of caution, which you’d always have going abroad,” she says. “All Canadians cannot stop having a relationship with all Chinese people. We can’t put all of our relationships on hold. It’s important we continue to interact. Otherwise, the risk of escalation and misunderstanding is even higher.”

It’s called the engagement argument—something Canada’s former ambassador says he no longer believes in, at least where China’s concerned. “There are other ways to understand China,” says Mulroney, who believes, as things stand, it’s not worth the risk for any Canadian to travel to China unless it’s absolute necessary—say, to visit a dying relative. Work would not fit into his description of absolutely necessary. “Most people should be able to speak with their [China-based] partners and say: ‘You know there’s this hassle with Canada. We don’t think it’s the right time for us to go. You probably don’t want a high-profile Canadian visitor on your campus. Let’s delay this until things get more stable,’ ” he says. “That problem is much easier to address than the problem of having someone arrested or detained.”

Hockey is no exception, says Mulroney, wondering aloud: what if there’s an altercation at a game in China? What if a Canadian player parties a little too hard on the town after a win? The chances of her being treated harshly by Chinese authorities are suddenly significantly higher, he argues, and there’s little help from Ottawa when things go awry. “The [Canadian] government can work painstakingly at the diplomatic level, but if you’re detained in China, the options are very limited.

“I wouldn’t say a hockey game is a good enough reason for me [to go to China]. I would hope the team could find some polite, diplomatic reason for deferring the trip. Nothing is that important.”

EDITOR’S NOTE, Jan. 21, 2019: This story has been clarified to note that Western University does not currently offer an international MBA program in China.