The Khashoggi killing has done what the deaths of 60,000 people could not

Terry Glavin: It took the slaying of a celebrity journalist for western governments to face up to Saudi Arabia's brutality. Are they outraged enough to pursue meaningful change? 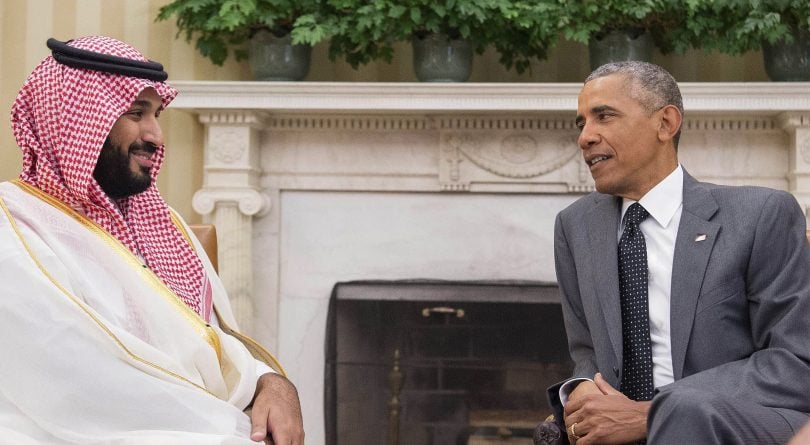 You can wage a savage war that has killed 60,000 Yemenis over the past two years and drive the country to what the United Nations calls the brink of the worst famine in a century, and set off the worst cholera epidemic in nearly 70 years. You can impose a capricious blockade of Qatar and botch a kidnapping of the Lebanese prime minister and disappear dozens of human rights activists, feminists and free thinkers into your dungeons.

You will get away with it. But God help you should you be implicated in the murder of a celebrity journalist who is not only the nephew of the late billionaire arms dealer Adnan Khashoggi and the cousin of Dodi Fayed, Lady Diana’s paramour, but is also a popular figure on the Washington cocktail circuit.

Going by the style Jamal Khashoggi brought to his Washington Post columns, and by what his columns reveal about his standpoints and sentiments, those two previous paragraphs encapsulate the result of a thought experiment in imagining how Khashoggi himself might have written about his own disappearance inside the swank precincts of the Saudi consulate in Istanbul at approximately 1:30 p.m. on Oct. 2.

Until three weeks ago, the 32-year-old Crown Prince Mohammed bin Salman, the butcher of Yemen, and now Khashoggi’s murderer, or would-be kidnapper, was the apple of New York Times’ columnist Tom Friedman’s eye. Friedman called him the inventor and embodiment of the “Arab Spring, Saudi style.” The prince was meeting with obsequious editorial boards in New York and Washington, and dining in Hollywood at Rupert Murdoch’s house with actor Morgan Freeman, Disney boss Bob Iger and Dwayne “The Rock” Johnson. He’d had get-togethers with Bill Gates and Jeff Bezos, with Richard Branson and Oprah Winfrey.

RELATED: The death of Jamal Khashoggi and the weaponization of diplomacy

He was opening cinemas! He was allowing women to drive cars! As the documentary filmmaker and former Reuters journalist Justin Kenny noticed the other day, the CBS, NBC and ABC nightly news programs, for all of 2018—while Mohammed bin Salman was being feted in London, New York, Washington and Los Angeles—devoted a mere 13 minutes to his orgy of war crimes and savagery in Yemen. That’s about the equivalent of a single evening’s worth of the networks’ devotion these past three weeks to the story of one dead journalist, Jamal Khashoggi. And this is how it has come to pass that Mohammed bin Salman was revealed, as his Arab critics had long contended, as just another Saddam Hussein. An Arab Tony Soprano. And he dispatched his senior consiglieri to Istanbul, so the story goes, to have coffee with, or should we say kidnap, or rather murder and dismember Jamal Khashoggi, with the aid of a bone saw. 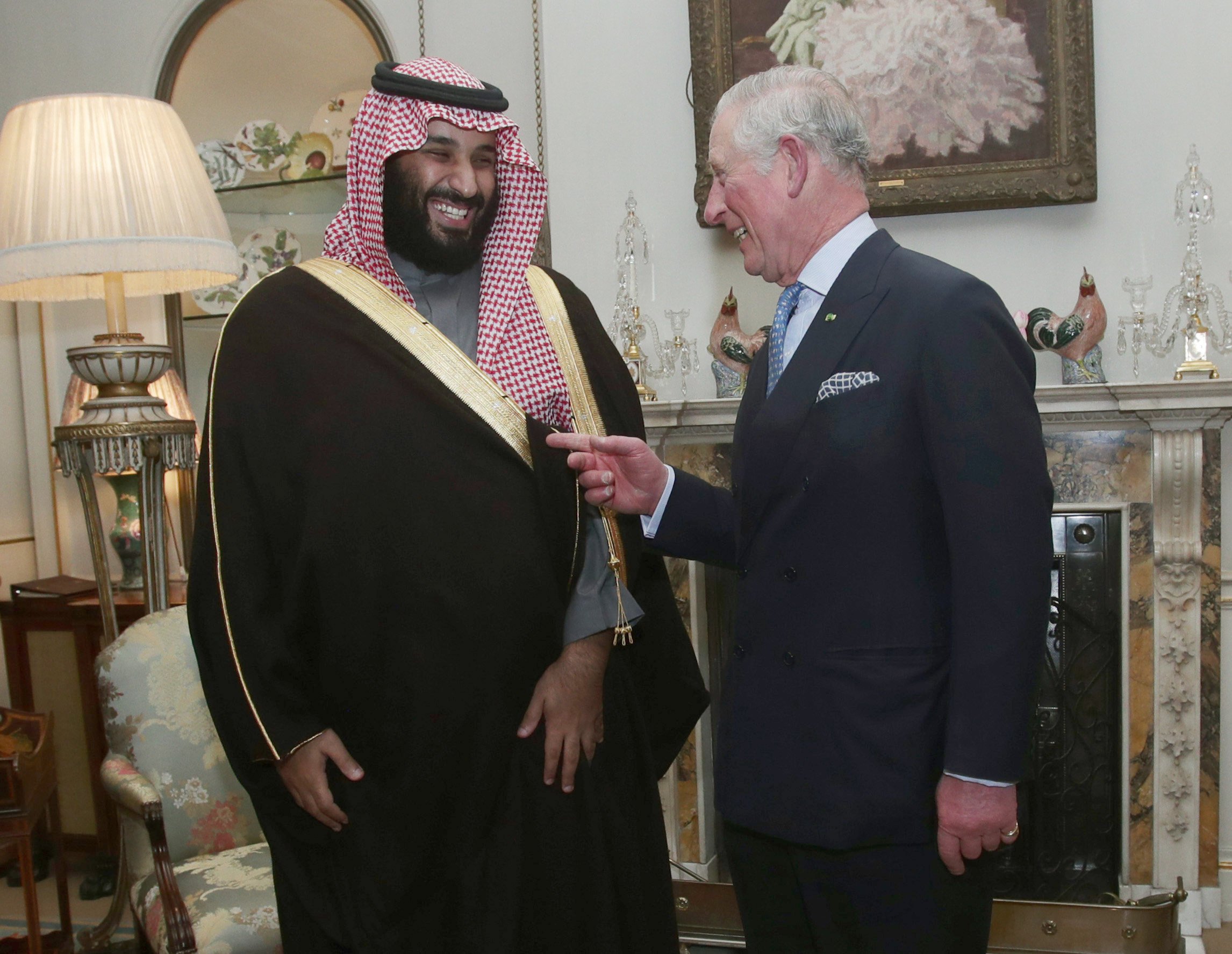 Having had his spies listen in on the gruesome encounter in the Saudi consulate, the cunning Turkish strongman Recep Tayyip Erdogan—bin Salman’s deadly arch-rival in the region and himself a habitual jailer and persecutor of journalists—has carefully choreographed the entire drama, to the greatest histrionic effect, through his anonymous government officials and his mouthpiece press. And voila, hey presto, all the spindly foundations of geopolitical stability in the Greater Middle East are collapsing into rubble.

After eight years of Barack Obama’s Middle East failures, most notably in shoring up the Khomeinist regime in Iran and presiding over the calamity of Syria, the world is left with Donald Trump. And all Trump has contributed to the crisis are his usual garbled, inaccurate and contradictory inanities. One minute he’s doubting the Saudi version of events, the next he’s shoring up the Saudis’ flimsiest alibis.

The Saudi story, or rather the Saudis’ latest version of events, is in agreement with the party line in Ankara: Khashoggi was murdered. The Saudis insist however that the murder was not a hit carried out on bin Salman’s orders, but was rather a “huge and grave mistake,”as the kingdom’s foreign minister, Adel al-Jubeir, put it. And then the Saudi team that had been sent to intercept Khashoggi tried to cover its tracks.

It is not as though Mohammed bin Salman is being hung out to dry, exactly. Quite the opposite. Over the weekend, the aging King Salman expanded his son’s powers from the already sweeping control he wields over defence and the Saudi economy to include the country’s intelligence services.

The Saudi attorney general has already cleared bin Salman of culpability, declaring Khashoggi’s death an accident—the consequence of a “brawl” in the consulate. The public prosecutor has issued arrest warrants for 18 people. Several senior officials have been fired, among then Saud al-Qatani, who’d been trying to persuade Khashoggi to return to the kingdom, and Maj. Gen. Ahmed al-Assiri, the deputy chief of Saudi Arabia’s intelligence.

Before leaving the kingdom and signing on with the Washington Post last year, Khashoggi was one of Saudi Arabia’s most prominent journalists, and an occasional senior government official. He was writing a regular column for the popular newspaper Al Hayat before he was officially silenced in December 2016, apparently for writing unfavourably about President Trump. A favourite of the Saudi royals, Trump is seen as a sturdy Saudi ally, along with Israel, in the Sunni states’ resistance to Iranian expansionism and subversion in the region.

RELATED: It’s time for Canada to take the next step against Saudi Arabia

Khashoggi was no saint. While he has been slandered in far-right media in recent days as an early devotee of Osama bin Laden, it is not speaking ill of the dead to point out that Khashoggi was sympathetic to the Muslim Brotherhood, the progenitor of several Islamist terror fronts, not least Hamas. Khashoggi was dead set against the Saudi policy of aligning with Israel, and in September, 2017, right about the time he was settling in to his new role as a Washington man-about-town and opinion columnist with the Post, Khashoggi enraged Saudi grandees by criticizing the kingdom’s decision to outlaw the Brotherhood as a terrorist group. He also criticized the American policy—under Obama and Trump—of refusing to recognize the Brotherhood as a legitimate political force in the Middle East.

This is where Erdogan’s agenda comes into it.

After their incompetence and anti-democratic impulses laid the groundwork for a second Egyptian uprising and their eventual overthrow in the 2013 military coup led by General Abdel Fattah el-Sisi, Egypt’s Muslim Brotherhood rulers scattered, many finding refuge in Erdogan’s Turkey. Erdogan, and the Qataris, have consistently defended the Brotherhood. The Saudis, the United Arab Emirates and Egypt’s Sisi are its sworn enemies.

This has created a deep fault line among the Arab states. The Saudi royals consider Khashoggi to have crossed it. The ayatollahs in Iran are watching with glee. And Erdogan, determined to challenge the Saudis for the mantle of global Islamic leadership, is exploiting Khashoggi’s murder for every inch of advantage it gives him in his contest with Riyadh.

In Ankara on Tuesday, Erdogan failed to disclose anything of the “naked truth” he’d earlier vowed to reveal. He had hinted strongly that he would release the audio and video evidence that Turkish “government officials” have anonymously claimed the Turkish authorities possess.

But Erdogan did insist that the day before Khashoggi’s murder, Saudi officials were scoping out forested areas near Istanbul, presumably looking for a place to dump Khashoggi’s body—the implication being that his murder was premeditated, and not the “mistake” Saudi officials have alleged.

What happens now depends entirely on the resolve of the world’s democracies to force an outcome that can at least be construed as something approaching justice and accountability. But the absence of reliable and steady leadership from either the United States or the United Kingdom bodes ill for the prospects of a united front.

Germany’s Angela Merkel has vowed to block any new arms deals with the Saudis until the guilty parties are “held to account,” which could mean almost anything, but she has also urged like-minded countries to similarly freeze arms sales to the kingdom. The U.S. is the Saudis’ primary armourer and the Trump administration has all but ruled out a suspension of arms shipments. The U.K. is Saudi Armourer No. 2.

On Monday, Prime Minister Justin Trudeau said Canada’s options are open, that we have suspended arms deals in the past, and Canada continues to consult its allies. But there doesn’t seem to be any serious consideration of revisiting the contentious, multi-billion 2014 General Dynamic Land Systems Canada contract to supply the Saudis with nearly 900 armoured vehicles made in Ontario.

Canada was burned once before, when the U.S., the U.K. and the EU left Foreign Affairs Minister Chrystia Freeland to stand alone last summer when Riyadh responded with a barrage of hostile diplomatic and trade measures to a largely pro-forma call to release human rights activists from Saudi jails. The Conservatives and New Democrats say they want Magnitsky Act sanctions levied against Saudi officials complicit in the Oct. 2 operation. A bipartisan initiative in the U.S. Congress is moving toward Magnitsky Act measures against Saudis involved in the killing.

Whatever happens, without some kind of a civilized-world unified response to what happened at the Saudi consulate in Istanbul, everything will go back to normal, soon enough.