How to be a better houseguest than Julian Assange

Tabatha Southey: Double-check to make sure you have all your belongings before you leave. Did you leave a book in the bedside table, socks on the floor, feces on the walls? Please check. 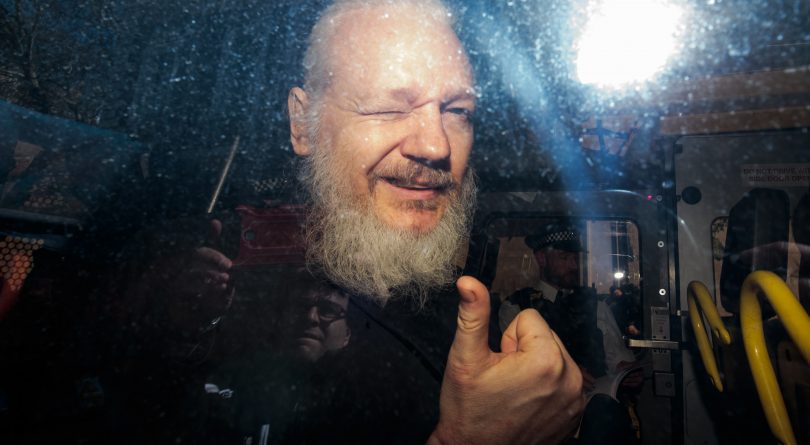 Julian Assange gestures to the media from a police vehicle on his arrival at Westminster Magistrates court on April 11, 2019 in London, England. (Photo by Jack Taylor/Getty Images)

At long last on Thursday morning, after a seven-year stay at the Ecuadorian embassy in London, Julian Assange has left the building. In the words of Lenín Moreno, Ecuador’s president since 2017, the country’s patience had “reached its limit.” In a video statement justifying the decision to revoke Mr. Assange’s diplomatic asylum status, Mr. Moreno sited the “discourteous and aggressive behavior of Mr. Julian Assange.” Mr. Assange is now in British custody, having been taken from the embassy and arrested for breaching bail by seeking political refuge at the Embassy in 2012.

Mr. Assange had been released on bail after surrendering to U.K. police after Sweden issued an international arrest warrant for him over separate allegations of sexual molestation and rape. Opting out of facing those charges—claiming that that he was innocent and that facing justice in Sweden would only lead to him being taken to the United States to face further charges regarding his role in publishing secret American documents—he opted in the Ecuadorian Embassy instead, and the rest is drama.

His time there was one long sequence of inevitably leaked bad house-guesting, and within hours of Mr. Assange leaving his adopted abode, the U.S. officially revealed an indictment against him for the charge of “conspiracy to commit computer intrusion.” This charge concerns the translucent Australian’s role in attempting to help Chelsea Manning crack a password in order to access classified Pentagon files, which WikiLeaks eventually published.

More charges may well follow, possibly before the “He’s gone and cannot smear anything on our walls ever again!” party at the Ecuadorian embassy wraps up. But in the hope that this was all some misunderstanding between Julian and his former roommates, I have taken the liberty of updating the Emily Post Institute’s Golden Rules for Houseguests. Here are my Obvious Rules for Houseguests, and I Mean You, Julian Assange.