One way to close the pay gap: More women-owned businesses

Opinion: Women have a harder time getting business leadership roles, and they’re less likely to ask for money along the way. Here's what can be done 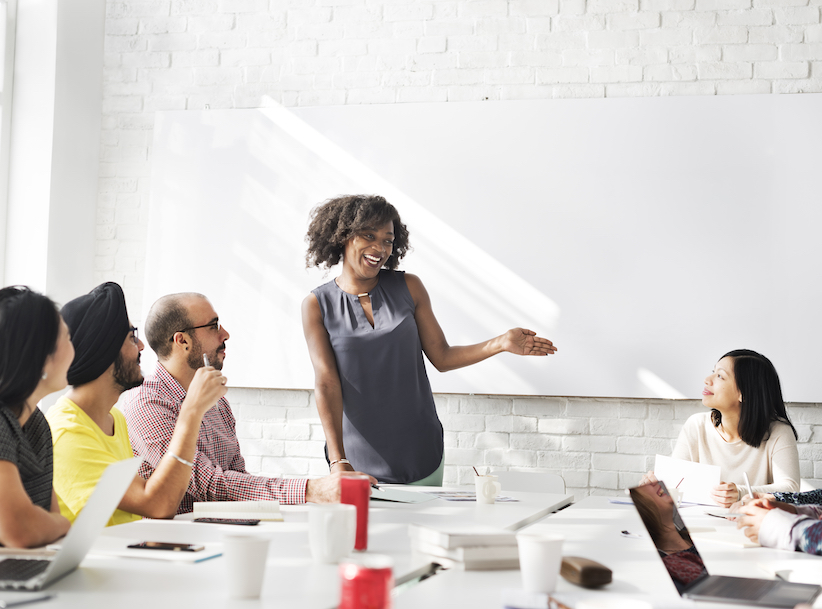 Annette Verschuren is the CEO of NRStor Inc., member of the Canada-U.S. Council for Advancement of Women Entrepreneurs and Business Leaders, and a recipient of the Order of Canada. Laura McGee is a diversity and inclusion expert, a consultant at McKinsey & Company, and co-founder of #GoSponsorHer. They are both co-founders of the #WeNeedBoth panel pledge.

While Canada leads the world in many ways when it comes to equality, there is a stark reality that we must address: our gender pay gap.  Canada’s gender compensation divide is greater than countries like Finland, Australia and even the United States. In fact, we fall below the average of advanced industrialized countries.

There are many factors contributing to this gap. For one thing, there are fewer women in high-paying fields like technology, engineering and business. Even in highly qualified positions, women are less likely to negotiate for higher salaries—one poll of recent computer science graduates from the University of Waterloo found that 64 per cent of women versus 53 per cent of men did not try to negotiate their starting salaries, and those who did achieved an average of $8,500 higher compensation. Finally, far too few women lead large and export oriented firms. Despite starting 40 per cent of new businesses in Canada, women own just 7 per cent of companies with more than 100 employees (compared to 14 per cent in the United States).

Each of these drivers comes with its own set of challenges. But the pressing point is that women have a harder time advancing to business leadership roles, and they’re less likely to ask for money (in the form of compensation or capital) along the way.

The last driver is worth exploring in more depth. The low number of at-scale women-owned businesses is not just a social issue, it’s an economic imperative. According to one RBC study, increasing the number of women-owned small- and medium-sized enterprises by just 10 per cent could add $198 billion to the Canadian economy. Helping these companies scale-up presents an even bigger opportunity. Women own less than 20 per cent of companies with employees. Imagine the economic impact of doubling or tripling that number—and one day reaching parity.

To get there, we’ll need to overcome four acute barriers. First is access to capital. Women receive less than 16 per cent of all venture-capital funding in Canada and the United States. The problem is complex: women are less likely to ask for capital (generally preferring to rely on their own savings), but they are also less likely to receive it when they do. The low number of female investors and “investor bias” partly explain this trend.

READ MORE: The rise of women in angel investing

The second barrier is access to networks, talent and expertise. Research from McKinsey & Company and LeanIn.org finds that women are three times more likely to rely on mostly female networks. This makes it harder to find the STEM and business expertise needed to scale a company. Women are also 46 per cent less likely to have a “sponsor” who will open doors, provide mentorship and create opportunities.

Third is the challenge of balancing entrepreneurship with unpaid care (such as child and elder care). Research finds that women still face higher expectations to shoulder the unpaid care burden, and lower expectations to provide financially. The decision to start or scale a business is fundamentally different for men and women.

Last but not least are persistent social attitudes and biases that underpin these and other barriers. Women are asked ‘prevention’ questions (“how defensible is your business?”) versus ‘promotion’ questions (“do you think your market is growing?”) when raising capital. They face greater pressure to stay home with the kids.  And they have a harder time building trust-based relationships that are critical for scaling a business. Multiple studies find men and women are often reluctant to spend time alone together, with one Morning Consult poll finding that one-quarter of men and women think a one-on-one work meeting between a man and a woman is inappropriate.

So what can we do about it? The first imperative is to engage both men and women to drive change. We can’t afford to leave men out of the discussion. And there is ample reason for men to engage and lead here. Study after study find that women make exceptional business leaders and entrepreneurs, including a 2018 report by McKinsey & Company finding that companies with women in leadership outperform by 21 per cent and a ten-year study by First Round Capital finding companies with a female founder outperformed by 63 per cent.

WATCH: The pay gap from the law firm to academia

Beyond this, there’s plenty the Canadian private and public sectors can do. Medium- and large-size North American firms can expand the use of “supplier diversity programs” that aim to educate their companies on new suppliers, with a specific emphasis on women- and minority-owned businesses. Ninety-eight per cent of Fortune 500s in the U.S. have supplier diversity programs and have seen fantastic results. Fewer than 50 per cent of large Canadian companies have these in place, and we encourage those that do not to adopt them.

The Canadian government can follow the U.S. example by establishing a women-owned small business procurement program. This program reserves 5 per cent of government contracts for women-owned firms, and acts as an important source of credibility and capital. Once implemented, there is further benefit in linking the two programs to expand the market opportunities for scaling companies.

Finally, Canada can do more to level the “family economics” playing field for women entrepreneurs. Without prescribing specific policy tools, things like subsidized childcare and thoughtful parental leave policies can go a long way in helping women entrepreneurs. Canada has the chance to be a world leader here.

Each woman executive and entrepreneur has had a unique experience navigating these barriers, but we are seeing unprecedented enthusiasm to break them down. Levelling the playing field would have significant economic benefits for Canadians today and future generations. This is a unique opportunity—and we’d be remiss not to seize it.