The term 'alt-right' has become a cudgel against conservatives

Opinion: Liberal partisans, in particular, have deployed 'alt-right' as a slur—an act of stifling debate on knotty issues from the folks that brought you 'sunny ways' 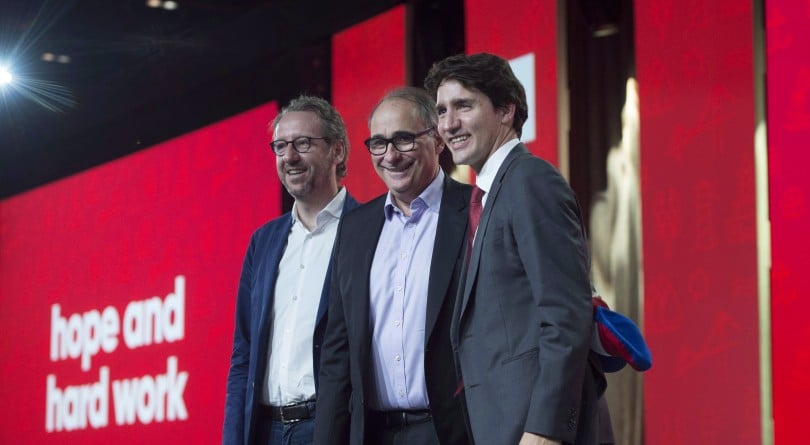 Stop me if you’ve heard this one.

Fine. I’ll spare you the joke, which (believe me) requires a mountain of set-up, and instead leave you with the punchline: Lisa MacLeod is a white supremacist!

What? That’s not funny? Well, I suspect that’s in the ear of the beholder. In any case, please direct all complaints to the Prime Minister’s Office, ℅ Mr. Butts, the author of the joke.

To be fair, the Butts quip wasn’t that blunt or direct. He wouldn’t dare call MacLeod a white supremacist outright. His dig was of the dog-whistle variety, one the federal Liberals have been blowing with increasing frequency as we approach the next election. And so let’s just say it wasn’t a surprise to see it deployed following the acrimonious federal-provincial meeting on immigration starring Hussen and MacLeod.

“Enough is enough,” Butts tweeted after the meeting. “It’s time to stand up to this divisive fear-mongering about asylum seekers. Let’s not allow the alt-right to do here what they’re doing elsewhere.”

And what were the particulars of the Hussen-MacLeod dispute, that it devolved to “fear-mongering”? It hardly matters. It’s the use of “alt-right” that’s key. Indeed, it’s the latest slur gifted to the right from the left. That’s why Doug Ford is now “alt-right.” It’s why Andrew Scheer is “alt-right.” And it’s why cookie-baking hockey mom MacLeod is “alt-right,” too.

And as with so much else in the world today, we have Donald Trump to thank for it.

COUNTERPOINT: When politicians want to Make Canada Great Again, what are we supposed to say?

It was Trump who brought the “alt-right”—then, as now, a bunch of white supremacists and violent fascists—into the light. But the President’s tacit acceptance of these “deplorables” gave license to Trump’s political opponents to paint all of his support—the vast majority of which are neither racist or supremacist—with the alt-right brush, especially those who oppose the current immigration system, which no one can describe as perfect. This is the dynamic the Liberals—once the purveyor of sunny ways, let’s not forget—seem to be trying to import into Canada.

Although the migrant problems facing Canada’s borders are nowhere near the scale of those between Mexico and the United States, they are as complex, and nearly as intractable, absent a willing partner in the White House. Hence the PMO’s desire to reach for the shorthand of the “alt-right”: It’s better to brand your opponents than explain why you can’t get the job done.

Because MacLeod is certainly correct that the feds don’t (yet) have a workable plan to stem arrivals at non-designated border crossings. She’s also correct when she says the provinces are bearing a lot of the costs of housing and caring for refugees and asylum seekers. Nor is she the only one raising the alarm; it’s been a constant criticism from the federal Tories as well. No wonder it rankles the PMO. I’d be yelling “alt-right” too, especially if I knew my opponents didn’t have a workable plan either.

READ MORE: Why Canadians believe there’s a border crisis—and why only Trump can help

Now, Butts doesn’t actually think MacLeod is a noxious white supremacist like Richard Spencer, the lodestar of the U.S.’s alt-right movement. But he is certainly happy to have that association linger in your mind, no matter how untrue or uncharitable it might be. Here, the application of the label “alt-right” is meant to stifle debate on immigration, not encourage it. If there can be no reasonable critique made on immigration then the status quo, no matter how bad, will carry the day.

It’s a trick the right has pulled on the left on many occasions. A school shooting? Can’t criticize the Second Amendment, my fellow American, or else you ain’t a patriot. Or, to pick a less noxious example, any plan by a left-of-centre party to raise a tax—any tax—is evidence of economy-killing communism or socialism. Again, it’s a tactic meant to kill nuance and throttle debate. Just ask Stéphane Dion about his “Green Shift,” aka the “permanent tax on everything.”

The Liberals are clearly casting around for slurs that stick in a similar fashion. They’ve largely leaned on using Stephen Harper’s name as a bogeyman; voters grew tired of the Harper government’s perceived nastiness in the last election, hence the longtime Liberal habit of shouting “Harper” in every crowded theatre. It’s why Trudeau himself fronted the “it may be Andrew Scheer’s smile, but it’s still Stephen Harper’s party” attack line at the recent Liberal convention. Slagging Harper sells.

But it doesn’t work nearly as well when speaking about problems the Liberals have created, like the deficit, or inherited and made worse, like the border. Tweeting “Diversity is our strength #WelcomeToCanada” might have won a news cycle, but it’s come back to bite the Liberals in the backside in the form of multiplying “temporary” asylum shelters and an  overwhelmed processing system.

Step forward the “alt-right.” And even if the shoe doesn’t quite fit, the Liberals are going to try their damnedest to make the Conservatives wear it. Because, whether Canadian conservatives like it or not, a lot of their European brethren are piling in against immigration in a nasty fashion. And the reality is that Canada’s vaunted all-party support for immigration might crumble all the same if it faced European-like numbers of asylum seekers, too—just the kind of circumstance that birthed such alt-right movements elsewhere. No conservative party is truly safe.

Nor should liberals rest easy either. The European left is struggling mightily too, and it’s largely because they underestimated the people’s tolerance for an immigration system that clearly could no longer deal with what was coming its way.

To fight back against the alt-right slur, Conservatives in Canada need to do three things: keep supporting much-needed immigration and legitimate refugee claims; avoid hyperbole while making valid criticisms of the government’s actions; and uprooting any actual and visible forms of alt-right support in their party. The Republicans missed their weeding moment; the Tories can’t afford to miss theirs.

Because if they do miss it, it will be Trudeau’s Liberals who have the last laugh—no matter how poor their joke.

MORE ABOUT LIBERAL PARTY OF CANADA: