The case for a snap election

Philippe J. Fournier: Should Canadians have the opportunity to vote on which party will lead them through the fiscal storm ahead? 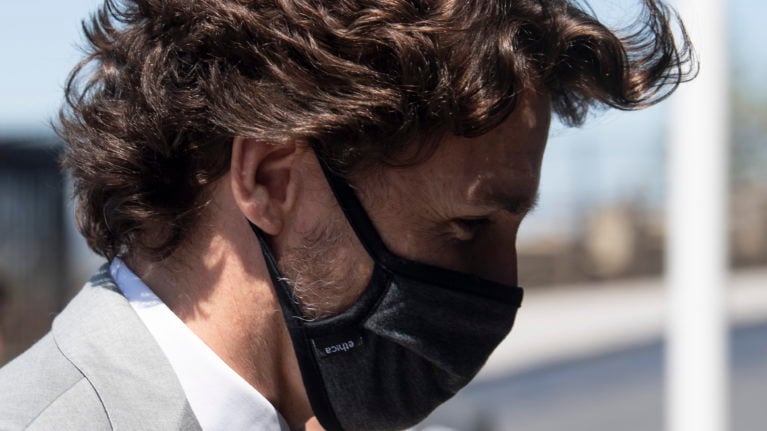 Trudeau arrives on Parliament Hill on May 20, 2020 (Adrian Wyld/CP)

Without falling into clichés, it is becoming increasingly obvious that the world as we knew it back in January 2020 will not come back for a long time—and perhaps even ever. Canada, like so many other nations on the planet, is navigating blind into this new world where, in some circles, partisan politics and public health regulations have unexpectedly become intermingled.

Would it be fair to state that none of the challenges facing Canada in this post-COVID-19 period have been, nor could have been, addressed in last fall’s federal election?

On the fiscal front, the federal government’s annual deficits in the past decade have ranged from roughly $10 billion to $20 billion, and Canada’s debt-to-GDP ratios have remained mostly stable just above the 30 per cent mark (which had spiked up to the high-30s after the 2008 financial crisis). Yet, recent reports have indicated that, with more than a hundred billion dollars in emergency spending and a GDP that could contract by double-digits in the current fiscal year, the 2020-21 federal deficit could balloon up to above $250 billion.

Is there a case to be made that Canadians ought to have the opportunity to vote on which party should lead them through the fiscal storm lurking over the horizon?

In a new poll published earlier last week by Abacus Data (see full report here), respondents were asked when the next federal election should be held, and the results show little consensus among Canadians: about one-third of respondents want an election within the next 12 months (16 per cent this fall and 19 per cent next spring). Another one-third (31 per cent) answered the election should be held sometime in the next two years, and a final one-third favoured this minority government go the full distance of four years.

However, when we read the results by voting intentions (as shown in the Abacus report), we notice that Conservative supporters are the most eager to the return to the polls—and by a significant margin. In fact, a majority of Conservative supporters surveyed in this poll would be in favour of a federal election within the year: 34 per cent answered this fall and 25 per cent said next spring.

This tweet by Peter MacKay assuredly played to this base of Conservative voters, but it was sent out in early March, before the COVID-19 pandemic had confined millions of Canadians and sent tremors through Canada’s finances:

It’s time to put Justin Trudeau on notice, hold an election in October and start a new day in Canada. https://t.co/Oy1dDDEa2B

For those who have been following the progression of approval numbers for Justin Trudeau’s handling of the crisis, this eagerness from many Conservative supporters to send the country back into an election campaign may appear ill-advised:

Polls from the past weeks have also shown a widening gap between the Liberals and Conservatives in voting intentions (the complete list of federal polls may be found here). Here are the updated 338Canada popular vote projections for May 24, 2020:

The Liberals lead the field with an average of 40 per cent of support, more than 10 points above the Conservatives at 29 per cent. Such national numbers would assuredly lead to a majority mandate for the Liberals should they translate into actual votes, but with no election on the horizon, these numbers remain mere theoretical support. And let us recall for the umpteenth time that such positive polling numbers for the ruling party are not, from an historical perspective, likely to last.

Nevertheless, the regional breakdown from these numbers is incredibly dire for the Conservatives: the Liberals have increased their leads in Ontario and Quebec, and have even pulled ahead in British Columbia. With their lasting dominance in Atlantic Canada still intact, the Liberals are projected in the lead in eight of 10 Canadian provinces. The Conservatives remain dominant in both Alberta and Saskatchewan.

In a recent column, the Toronto Star‘s Chantal Hébert argued that Trudeau does not actually need a majority in the House of Commons to govern appropriately at the moment. Given that the NDP and the Bloc Québécois—the parties holding the balance of power—have no appetite for a return to the polls, a new election campaign would necessitate the Liberals sabotaging their own ship, which would obviously not come without risks.

Nonetheless, given such strong approval numbers for the Liberals of late and the peculiar eagerness of some Conservatives to return to the polls shortly after their new leader takes hold of the party, the siren call of a fall/winter snap election could become too alluring to resist for the Prime Minister, especially with the dreadful fiscal news that is expected to come in the budget next March.

If, hypothetically, the Liberals face no other options than to increase taxes to pay for the emergency funds allocated left and right at the moment, one could safely bet the LPC would prefer to secure a new mandate beforehand. Obviously, whether such a decision would actually benefit Canadians is quite another matter.