Politics Insider for July 6: Fallout from the WE debacle, François Legault's intense popularity and the majority of Canadians who think Wexit is a 'terrible idea' 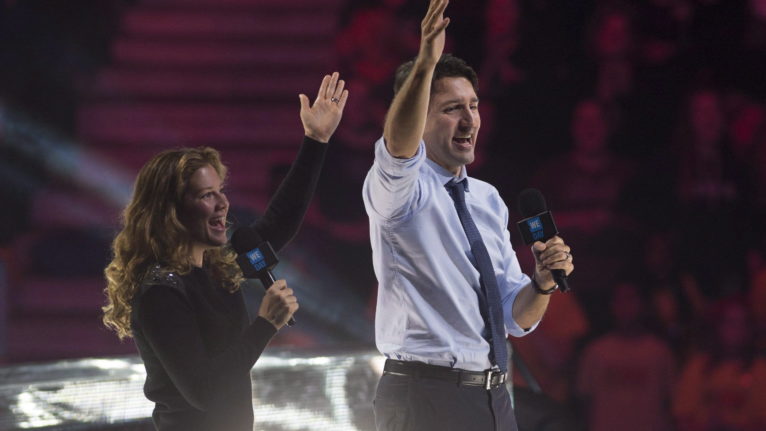 After a week of intense public scrutiny from multiple sides, WE Charity formally backed out of the $912-million federal grant program known as the Canada Student Service Grant on Friday. The program was designed to dole out cash to student volunteers over the summer, and the federal Liberals attempted to outsource the administration of the grant to the youth-based charity, which has close connections with Justin Trudeau and his family.

Despite WE’s departure, also on Friday, Conflict of Interest and Ethics Commissioner Mario Dion revealed he would embark on an investigation into how it happened in the first place. Dion’s decision came after members from both the Conservatives and NDP independently wrote to him, requesting he examine what role the prime minister played in negotiating the WE contract. The PMO has assured its cooperation.

But wait, there’s more! On Saturday, the National Post had the scoop that WE was offering summer camps up to $25,000 apiece if they could recruit at least 75 kids into the program. In a sort of pitch video the Post obtained and uploaded to YouTube, WE co-founder Marc Kielburger explains the details of the grant and WE’s involvement. NDP ethics critic Charlie Angus described it as “transforming a federal government program into something that looks like an Amway deal.”

Mark your calendars for Wednesday. That’s the day the federal government will release its first economic snapshot since beginning of this whole coronavirus mess, when they began throwing hundreds of billions of dollars at the pandemic in an attempt to staunch the economic fallout. Both the NDP and Conservatives have laid out their hopes for what the snapshot will look like: the NDP are pushing back against any premature attempts to cut federal assistance programs, while the Conservatives are demanding more financial scrutiny.

Specifically, Tory finance critic Pierre Poilievre held a press conference yesterday in which he called upon the government to boost funding for the federal auditor general. Back in May, the country’s interim auditor general, Sylvain Ricard, told the House of Commons finance committee his office has faced “limited resource challenges for years.”

Ready? Or not? As countries and states begin reopening after months of lockdowns, it’s increasingly unclear that anyone is ready. Officials in Spain just re-imposed lockdown restrictions in the regions of Galicia and Catalonia after noticing sharp increases, and in the United States, Texas is pulling a U-turn on its reopening after local hospitals got flooded with new patients in the second half of June. One such scene was chosen as Maclean’s Image of the Week, notable for the fact that the Texan governor, Greg Abbott, was one of his country’s earliest optimists, pushing his state into reopening back on May 1. Now, he’s making masks mandatory across 20 counties.

It’s noteworthy that in Quebec, Canada’s hardest-hit province and also an early eager reopener (recall how school started up again back in May), Premier François Legault has taken a jaw-dropping lead in political polls. Philippe J. Fournier analyzes the data in his latest 338Canada column:

After more than four decades of internal strife about the future of Quebec inside or outside of Canada, these numbers clearly show that most francophone Quebecers have—at least temporarily—tuned out from the federalist-sovereigntist debate, choosing instead a nationalist coalition of former péquistes and liberals (as well as few alumni from Mario Dumont’s ADQ). After a slow start to its political life—finishing in third place in both the 2012 and 2014 elections—Legault’s bold experiment appears to have captured the imagination of most Quebecers who, while defining themselves as Québécois first, also consider themselves Canadians.

Speaking of failed separatism… According to a new Abacus Data survey, a majority of Canadians across all parties and provinces believe Wexit—the new separatist party aiming to cleave off Western Canada—is a “terrible idea”. (The survey’s words, not ours.) Albertan respondents, on average, considered it a slightly less terrible idea, but more than 50 per cent remained against it. Notably, of all the Western Canadians surveyed who supported Wexit (all 7 per cent of them), 81 per cent voted Conservative in the most recent election. The upshot: the Wexit party isn’t likely to gain much traction, but it could potentially siphon off support from the Tory base in the next election cycle.

Nobody likes Zoom. The Canadian Press took a look at which Alberta MPs were logging into virtual House of Commons meetings, which replaced standard in-person chamber meetings to curb the spread of COVID-19. Turns out Tory attendance sits at about 42 per cent, with multiple MPs attending no meetings at all. The Conservatives have opposed the virtual meetings from Day 1, insiting on more oversight, although MP Len Webber argued that he and other Tories are simply busy with other matters, pointing to his perfect attendance at other committees, such as the health committee. Alberta’s only non-Conservative representative is NDP MP Heather McPherson, who has attended all 14 meetings.

Just in case you thought 2020 couldn’t get any worse, rapper Kanye West announced on Twitter Saturday night he was throwing his hat in the ring for the American presidency, because who the hell cares anymore? It remains unclear whether the dude is serious (he wouldn’t even be able to run in numerous states, because the deadlines have passed) or whether this is just a massive publicity stunt to arrogantly, needlessly, dangerously insert himself into the most important election of the modern era because his last couple solo albums sold a fraction of what his early work did and got significantly worse reviews. Quit being so thirsty, Ye.