A fix for Western alienation

Politics Insider for Oct 28: Unpacking the Conservative loss, Scheer picks the wrong fight and no, the West won't go 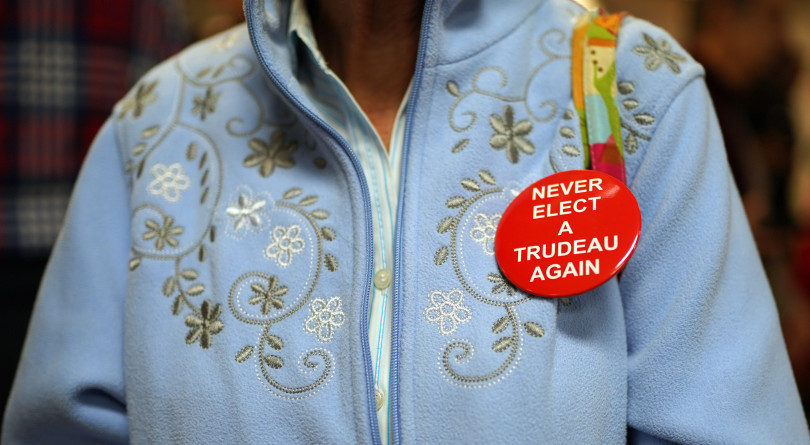 Where the Conservatives lost: While the Conservatives can, and frequently do, point to the fact they increased their vote share and won more of the popular vote than the Liberals , a closer look at where those gains occurred shows how uneven they were — and reveals how deep the urban-rural divide is in Canada. Philippe J. Fournier, the creator of poll aggregator 338Canada, found that while Conservatives picked up votes in 194 of 338 electoral districts, it was the 144 districts where they saw declines that doomed them on election day:

Out of those 144 districts where the Conservatives lost ground, no fewer than 139 are in Quebec and Ontario. The remaining five are located in B.C.’s Lower Mainland.

Together, Quebec and Ontario hold 199 federal electoral districts and the Conservatives lost ground in 139 of them (70 per cent) compared to 2015. That’s the election right there for the Conservatives. Losing ground in 70 per cent of districts in the two most populous provinces in the country is a sure path towards defeat. Read more ››

The first real clue the Conservatives had that the election would not go their way came two days before the vote when the “enthusiasm gap” between the parties’ supporters widened — enthusiasm among Conservatives had not changed, but enthusiasm among Liberal voters was way up. “It was obviously disappointing,” Tory campaign manager Hamish Marshall told the Toronto Star. “You wait for the results to come in and hope against hope that the trends you’re seeing and the numbers are not what they actually are,”

Advice to Conservatives — think twice: So, asks Paul Wells, what’s to be done about Andrew Scheer? With some Conservatives talking openly about replacing Scheer before the next election, it’s worth remembering a lot of wishful thinking goes into a decision to remove a leader:

It’s often a good idea to let a leader stick around after a first disappointing campaign. National campaigns are hard. A first campaign is a good chance to make your mistakes. That’s why Stephen Harper lost on his first attempt, as did Dalton McGuinty and Jean Charest in the two largest provinces. Losing was part of what helped them learn how to win. I mean, the difference between McGuinty’s terrible 1999 campaign and his polished (and cheerfully mendacious—he even signed a Canadian Taxpayers’ Federation Pledge to hold the line on taxes, for goodness’ sake) 2003 sophomore effort is hard to exaggerate. Ejecting a leader after that first defeat is often a good way to find another rookie who’ll then make brand-new mistakes, as the federal Liberals discovered when they replaced Stéphane Dion with Michael Ignatieff. Read more ››

For his part Scheer says he spoke to former prime minister Stephen Harper after his loss, but he’s keeping mum about what they discussed: ““I’ve reached out to many different Conservatives. I won’t go into all who I have and haven’t been speaking with. My priority is to talk to candidates and members who ran in the last campaign because I really do want to hear from them,” Scheer said on Global’s West Block, while adding a review of his leadership will “absolutely” go ahead next year. “This is something that is part of our party’s democratic tradition. … I wouldn’t want it any other way.”

Andrew Scheer’s resistance to the inevitable: Since his defeat Scheer has continued to insist he would not reopen debates on social issues like abortion and same-sex marriage, a line of argument that during the campaign failed to dull Liberals attacks on him. But Scheer has also said he doesn’t plan on marching in any Pride parades, either. “The man needs to learn to pick his fights better,” writes Andrew Potter. “History is never going backwards on gay rights, and this is something that Andrew Scheer simply has to get his head around. If he can’t, or if the people around him can’t convince to at least pretend like he’s done so, he has no business leading the party, let alone leading Canada.” Read more ››

Western separatism is not a serious option: In the wake of Justin Trudeau’s win and the Liberal Party’s obliteration in Alberta and Saskatchewan, Western alienation has been a recurring theme. As has talk of Wexit, or the Western provinces separating from Canada. Separatism is balderdash, writes Stephen Maher, but the sense of anger in the West is not and it’s on Trudeau not to make them angrier:

It is not assured that Canada will always be boring and well-governed. Yugoslavia, for example, was once a peaceful, multicultural federation. It is on Trudeau to calm the waters, a job for which he seems uniquely ill-suited.

Trudeau is the lightning rod for Western anger, an eastern bastard that many Albertans would like to see freeze in the dark. He has a clear mandate to continue on the middle path on climate and energy, but he should do so, insofar as possible, without provoking the good people of Saskatchewan and Alberta, who feel like cash cows being gouged by people who disrespect them. Read more ››

Are Liberals listening? Procurement Minister Carla Qualtrough claims they are, and said on the West Block “nothing is off the table” when it comes to addressing Western alienation, including potential changes to the equalization formula: “We want to make sure everyone is being treated equally and fairly, and if people aren’t feeling like they’re being treated that way, then of course we are going to have to have these really important conversations,” she said.

Could Chrystia Freeland save Canada?: What Alberta and Saskatchewan need is someone who can lead a conversation about what comes next for the West, writes Max Fawcett, and no one in government is better equipped to do that than Chrystia Freeland:

If the Liberal government wants to contain the spread of Western alienation, it should turn to the most powerful Albertan in its midst to do it: Chrystia Freeland. Yes, she technically represents the downtown Toronto riding of University-Rosedale, but her Alberta roots are deep. She was born and raised in Peace River, and her paternal grandfather was a farmer who rode in the Calgary Stampede. Her mother even ran for office as a New Democrat in 1988 in the riding of Edmonton-Strathcona.

And in a government that has no elected representatives in Alberta, Freeland is the most obvious choice to serve as its political minister, and its champion. Yes, they could appoint someone (or, perhaps, ask recent Senate appointee Paula Simons to take on the mantle for a while), but Freeland is a far better fit. She’s one of the government’s most influential voices, and as their lead in the recent NAFTA renegotiations, she’s someone who knows a thing or two about dealing with hostile political leaders. Read more ››