A secret deal between two railways? What else has Ottawa brokered?

Politics Insider for Feb. 26: CN and CP lay down their arms for the good of the economy, Lynn Beyak apologizes and the CRA hasn't forgotten about paper 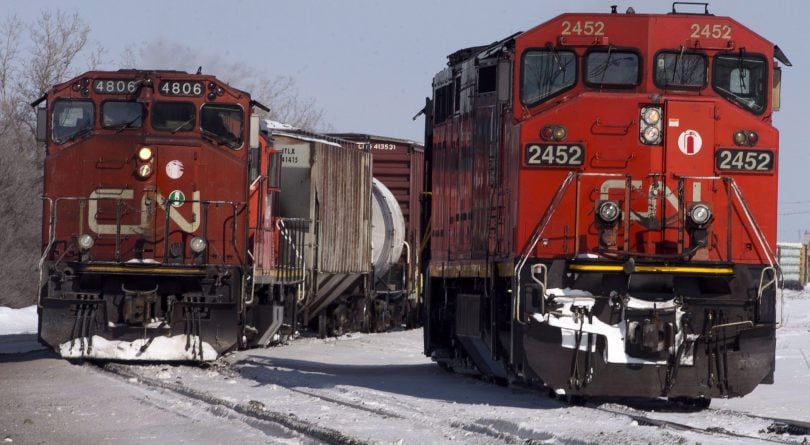 Frustration might as well have been Canada’s national emotion as it became clear rail blockades that cut off freight service and thwarted travel plans wouldn’t be fleeting. Conservative politicians hammered Prime Minister Justin Trudeau for having no concrete plan to restore CN rail service.

Kenney needs to drum up a new reputation for oil and gas: In the eyes of the Alberta premier, the landscape is replete with enemies of the energy sector: Trudeau, a skeptical federal government, former premier Rachel Notley, anti-pipeline activists, you name it. But larger forces are at play, Max Fawcett writes in Maclean’s:

Frontier, an oil sands mine that required oil prices substantially higher than where they are today in order to deliver an acceptable return, is yesterday’s battle—both literally and figuratively. If Kenney really wants a fight, he should be preparing for the one that actually presents a threat to Alberta: the divestment movement.

As much of a true believer Kenney is in the conservative cause, both its social and fiscal branches, he’s evolved into a petro-premier first and foremost. If that means getting Albertans to rally around the concept of investing in the source of their prosperity when nobody else wants to, so be it. Hey, it worked for Lougheed (during a prolonged oil price boom), didn’t it?

Survey says: The Conservatives, who will fight the next election with a leader not named Andrew Scheer, have still built a modest lead over the Liberals under his command in the newest Nanos poll—36 per cent to 33.

Lynn Beyak, a Conservative senator who was suspended before the last election and faced an uncertain future, apologized “unreservedly” on the Senate floor for posting anti-Indigenous racist letters on her website and standing by them for years. “You’re never too old to learn and to grow,” said the senator from northwestern Ontario.

Britain needs a new trade partner. Anybody? Now that Brexit has unlocked British freedom to blaze its own trail through a troubled world, Andrew MacDougall writes in Maclean’s that prospects for the newly independent island kingdom are, well, dim.

“Has anyone inside Number 10 actually looked into the pool before diving in headfirst? To champion free trade right now is to wee into a seriously stiff breeze. Put differently, there doesn’t seem to be much of a market for a free-trading Britain.”

With a name like “Fiscal Sustainability Report 2020,” how can the Parliamentary Budget Officer‘s latest report, coming tomorrow* morning, not generate a headline or two? The way these things go, expect any hint of fiscal un-sustainability to be harped on by the Tories. Liberals will likely find solace in something like a slowly shrinking debt-to-GDP ratio.

The honourables will meet the excellencies tonight at the French embassy. Carleton University is co-hosting one of the classiest mixers of the early parliamentary session, where MPs will meet top diplomats from around the world. Imagine the conversation: carefully constructed, mutually beneficial gossip in the same room as hyperbolic, zero-sum smack talk. A match made in Ottawa.

The internet, a fad for some: The Canada Revenue Agency, which surely receives thousands of missives from irate taxpayers, put out a statement yesterday intended to calm the nerves of people who love paper. Ninety per cent of tax returns are filed electronically, the CRA said, but the analogue set shouldn’t feel ignored. “We know the internet isn’t for everyone,” a spokesman said. “Filing taxes by paper has become a tradition for some Canadians.” Ned Flanders’s everywhere, rejoice.

CORRECTION, Feb. 26, 2020: A previous version of this newsletter said the PBO would be releasing its fiscal sustainability report this morning. In fact, that report will be released on Feb. 27.