After sexual harassment at Riviera, will politicians go back to eat? 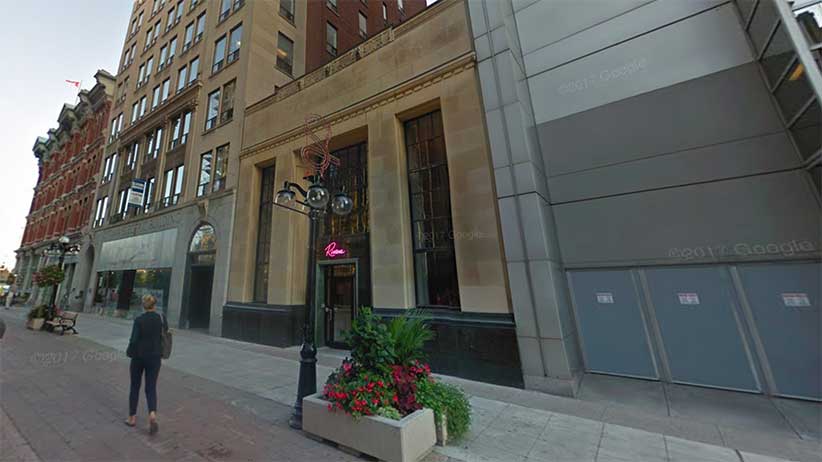 It’s snowing parmesan over a dish of noodles, as a waiter grates the final detail onto a meal before leaving the kitchen. He positions plates on the spiral staircase of his left arm, and delivers main courses so creamy they might remedy chapped lips.

Riviera is often considered the finest restaurant in Ottawa, both in food and in company. Neighbouring the Prime Minister’s Office and around the corner from Parliament Hill, the spot has melted into the political realm as the place for politicians, staffers and lobbyists to dine, lunch and drink when work runs late.

Until this week the general manager was Stelios Doussis, husband of Veterans Affairs Minister Seamus O’Reagan, a close friend of Prime Minister Justin Trudeau. However, Doussis resigned Wednesday due to sexual harassment happening in the workplace, saying in a statement, “I could not in good conscience continue in this workplace environment.” The restaurant’s part-owner and celebrity chef, Matthew Carmichael, admitted publicly that he had sexually harassed three female employees, with cocaine and alcohol abuse affecting his behaviour.

Now, political customers must decide to either avoid the place or support the remaining staff and keep the issue in the spotlight. The behaviour itself may point to toxicity within the restaurant industry, but the response from clientele will shed light on the culture of political Ottawa.

“There were two options,” says one customer who was granted anonymity. “Cancel the reservation and stay home, or go with a view of making sure folks there are okay, and taking it out of the shadows.” Although she was tempted to stay away, she decided to check on the mental health of one waitress she’s befriended, and to try to better understand the problem with her own daughter’s future in mind. “What’s my business as a human being?” she wonders, and wants to address “how atrocious this behaviour is and how I’m going to prevent it from happening to my baby girl.”

The Riviera era began in summer 2016, when it opened and became the succeeding favourite to the now-closed Hy’s Steakhouse. The new restaurant soon became a place to spot Sophie Gregoire-Trudeau dining with her children on menu items around $30 to $42, and for the Liberal party to hold its post-budget private party with the Prime Minister. The building—formerly a bank, then a store for stamp collectors—stands long and narrow and magnificently high in its ceilings like the House of Commons itself.

“There is no place for sexual harassment in the workplace or in society,” read a statement released by a lawyer on behalf of former manager Doussis. Doussis singled out Carmichael, a chef who managed not only Riviera but also another local restaurant, El Camino. Carmichael has since admitted to and apologized for inappropriate comments to women, and with support from his fiancée, completed month-long therapy for drug and alcohol abuse.

The Liberal party has executed a zero-tolerance policy for sexual misconduct in the past, permanently removing  MPs Massimo Pasetti and Scott Andrews from the party in March 2015 after commissioning a report from a Toronto lawyer. Pasetti was reportedly accused of forcing himself upon another MP at a hotel after a sporting event, and Andrews, of following an MP home and thrusting himself upon her. Pasetti said he was “astounded” at his dismissal, and Andrews protested against evidence from “unscrupulous, unnamed sources,” but Justin Trudeau did not waver.

Politicians seemed absent from Riviera on the Thursday and Friday following the allegations, but many MPs needed to fly home to their constituencies on Thursday anyway, and other customers have stuck to this hub. One female Quebecois doctor had disregarded the news; two Torontonian insurance brokers were oblivious, and a man who works in the construction business wouldn’t let controversy stand between him and quality food. “The world’s going to end soon,” he says. “There’s no time for that.”

The chefs are bearded; the mushrooms, shaved, and the herbs diced so hastily the chef’s right hand could threaten to cramp. After the waiter freshly grates cheese upon prepared pastas, he wipes the edge of each plate with a cloth like a squeegee to erase any misplaced flakes. He spots a customer with a half-empty glass of water and leans over a shoulder to refill it, with a hand behind his back and a chivalrous whisper, “Pardon my reach, Madam.”