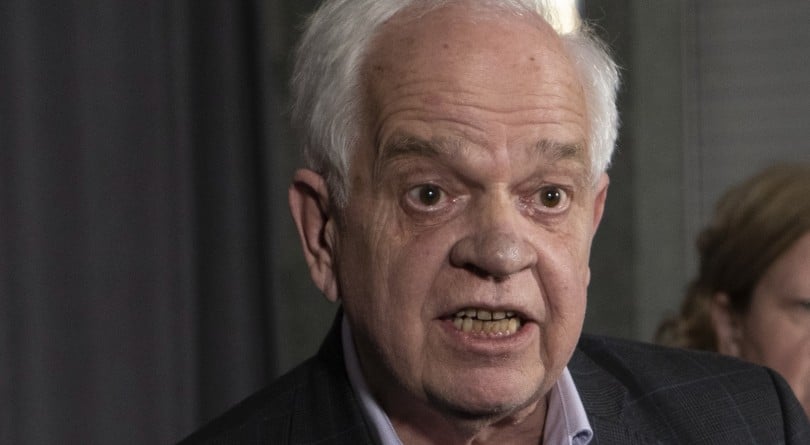 What was John McCallum thinking? That’s the question swirling around Ottawa, and no doubt the offices of Prime Minister Justin Trudeau and Foreign Affairs Minister Chrystia Freeland, after Canada’s ambassador to China freelanced his way through a press conference with Chinese media and suggested Huawei executive Meng Wanzhou had a “strong argument” to make that her arrest had been politicized after all. (Global News)

Here’s some of what McCallum said to a roomful of Chinese journalists at a press conference Canadian media were not invited to and knew nothing about:

I know [Meng’s arrest] has angered China. But we have an…extradition treaty, a system of rules of law which are above the government. The government cannot change these things, and as I said, I think Ms. Meng has quite a strong case.

“One, political involvement by comments from Donald Trump in her case. Two, there’s an extraterritorial aspect to her case. And three, there’s the issue of Iran sanctions, which are involved in her case, and Canada does not sign on to these Iran sanctions. So I think she has some strong arguments that she can make before a judge. And then the judge will decide whether he or she thinks she should be extradited or not.

If you missed it, here’s a video and fuller transcript of McCallum’s statement (Maclean’s)

A day after McCallum made his comments, Freeland all but galloped them back in a statement: “Canada is conducting a fair, unbiased and transparent legal proceeding. There has been no political involvement in this process. Canada respects its international legal commitments, including by honouring its extradition treaty with the United States” (Twitter)

We can’t on the one hand go and defend our actions to the Chinese government by saying ‘These decisions are made by arms-length, independent security officials, the RCMP, CSIS, those types of organizations’ if then on the other hand the government is using our ambassador to China to interfere in the process to obtain a desired outcome. It will undermine our ability to stand up for our judicial system, our investigative systems in the future if the link is being made, as it seems to have been with Mr. McCallum… If I were prime minister I would fire John McCallum.

Is Liberal MP Nicola Di Iorio ghosting parliament? After not showing up on Parliament Hill for weeks on end while he moonlighted at his law office, the notoriously-absent Montreal area Liberal MP said he’d resign by Jan. 22. He never bothered to show. (CTV News)

With NDP MP Nathan Cullen debating whether to leave politics ahead of the next federal election, it was only a matter of time before former leader Tom Mulcair chimed in, once again, to needle his successor Jagmeet Singh: “I know that a lot of my Quebec [federal NDP] colleagues have already announced that they’re not running and several others have confided in me that they’re not going to run. I think that’s an obvious problem.” (CTV News)

This was the third very public swipe Mulcair took at Singh this month alone. Earlier in January he said if Singh loses the Burnaby South byelection, “it would be very, very difficult for him [to remain leader]. I think that anybody who knows anything about politics would agree.” Then when Singh appeared in an interview to be uninformed about the latest development in the Canada-China spat, Mulcair was ready with another biting assessment: “I was a little bit surprised to find out that it was news for Mr. Singh.”

The best piece of advice in Canada’s new food guide has nothing to do with what’s on your plate, writes Peter Shawn Taylor. If we follow the guide’s simple advice to “eat with others more often,” we won’t need governments telling us what to eat in the first place. (Maclean’s)